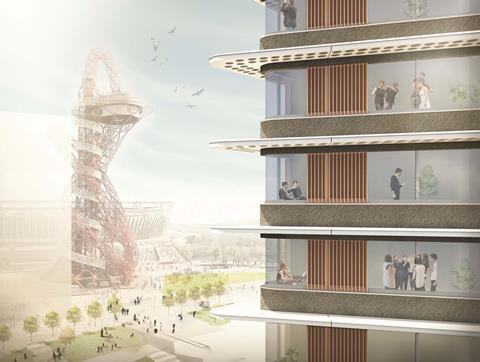 University College London director of estates Andrew Grainger is stepping down after nine years in the role.

But Grainger is set to continue working for University College London (UCL) on its new Stratford campus.

A spokewoman for UCL said: “We confirm that Andrew Grainger, director of estates, is leaving after nine years. However he will be staying on in a part-time basis and will continue to be involved in the very successful UCL East programme.”

She said Grainger’s role would be filled through normal recruitment procedures but was unable to provide a timeline for his replacement.

UCL’s Stratford campus was given the green light last month, with London mayor Sadiq Khan signing off on the project which includes buildings by Stanton Williams and Lifschutz Davidson Sandilands. The project is being driven by the institution’s Martin Summersgill, head of development for UCL East, as well as the LLDC (London Legacy Development Corporation).

Work is expected to get underway on the £200m first phase early next year.

UCL East, which is being built close to Zaha Hadid’s aquatics centre, is part of the wider cultural and education project on the Queen Elizabeth Olympic Park first proposed by former London mayor Boris Johnson, when it was known as Olympicopolis.

The neighbouring Stratford Waterfront project for Sadler’s Wells theatre, the London College of Fashion and the V&A is being designed by Allies & Morrison, O’Donnell & Tuomey and Arquitecturia.