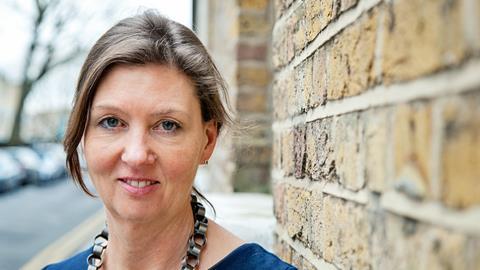 This housing consultation is revealing - of muddled thinking

The document Planning for the right homes in the right places: consultation proposals sets out how the government intends to amend the NPPF to deliver some of the reforms set out in the housing White Paper. Published on September 14, the consultation tells us that the housing market is still broken (it hasn’t fixed itself over the summer) and invites feedback on six main proposals:

So what should we make of it? Billed as an “innovative approach to housing need”, the first fix is baffling in more ways than one. If, like me, you’d imagined that need was already being assessed in a consistent way, think again. I’ve often wondered what “housing need” means and how it differs from “housing want”. Logically, it should be the number of households who’d like to move to a particular borough minus the ones who would like a change, but that’s not easy to determine.

When did families with children become an ’other type’ and why are older and disabled people continually lumped together?

The proposition is that for any given area, need should be based on ONS predictions of household growth, based on average annual growth (or shrinkage) over the last decade, and then adjusted to take account of local affordability. Each 1% increase in the ratio of house prices to earnings above four results in a 0.25% increase in need above projected household growth. Based on a projected need of 100 new homes, with varying levels of affordability, it would work like this:

We’re told it’s a tried-and-tested approach, but you wonder how it works for an area like Tower Hamlets which has seen substantial growth over the last decade. Is it sensible to assume that will be repeated? An arbitrary cap would prevent somewhere like Islington, where average house prices are 16 times average earnings, from having to build twice as many homes as it needs, but would still require 40% more. That seems wholly unrealistic. The consultation cites some land constraints that may legitimately reduce capacity, but these are environmental designations such as Green Belt. A shortage of land suitable for housing isn’t on the list.

Perhaps I’m being dense but wouldn’t it be simpler and better to aim for the right number and make them available at the right price? Give priority to local people earning at or below the average wage in the borough, and cap the price at four times that sum.

The second – “that neighbouring boroughs will be required to produce a statement of common ground” – amounts to an admission that the “duty to co-operate”, introduced through the Localism Act 2011, hasn’t worked.

“Planning for a mix of housing needs” – arguably the most important – is the most disappointing:

It says: “We would also like to make it easier for local planning authorities to identify the need for other types and tenures in their area. These include, but are not limited to:

This confused mix of different types of household, need, typology, tenure and procurement routes does little to help. When did families with children become an “other type” and why are older and disabled people continually lumped together? There is no attempt to suggest how demographic evidence should be interpreted to inform housing need and no commitment to review planning Use Classes which fail to encompass many of the types of housing we should be building. It’s a random list, not a proposition.

We could require actual sales values to be compared with projected sales values, and demand that 50% of any uplift goes to the local authority

The proposed approach to viability assessment is perhaps the boldest. As development plans will have already been tested for viability during the plan-making process, it is suggested that a re-test at planning stage should not be required where the right amount has been offered. So far so good, but it’s not enough. Follow London’s lead and expect a minimum of 35% affordable housing nationally unless need is demonstrably less? Go further still: require actual sales values to be compared with projected sales values, and demand that 50% of any uplift goes to the local authority.

Last up is planning fees. The White Paper suggested that, “An increase of a further 20% on the current fee level could be applied to those authorities who are delivering the homes their communities need.”

There is no doubt that planning departments need to be better resourced, both in terms of their budgets and their skillsets. Higher planning fees would help a little but suggesting that local discretion is appropriate, and that meeting housing need should be the criterion for determining who can charge more, is misjudged. Improve the system and the service, increase fees nationally and consider doubling the fees where developers knowingly submit schemes that fail to meet local planning policies because these applications will take much longer to process.

The risk is that stretched planners are forced to just say yes. That would be madness, particularly as housing quality is finally on the government’s agenda. It features a number of times in the consultation, and Alok Sharma was clear in his first major speech last week that new housing often isn’t as good as it should be, and that this has a significant impact on the public’s willingness to accept new development. A real step forward but yet to translate into meaningful action; planners must be supported when they turn down poor schemes because that’s an effective way of getting the market to do better.

John Healey is right to accuse the government of tinkering around the edges. Ironically, and like the White Paper, this consultation is more disappointing than it might otherwise have been, simply because things are generally starting to move in the right direction. We need a bolder, more logical set of reforms, informed by a clearer vision of what should be nationally consistent and what should be decided locally.