Grenfell Tower: Should this cladding be allowed?

The rapid and devastating spread of the fire at the west London tower has raised questions whether ACM cladding should be permitted on high-rise residential towers, says Thomas Lane 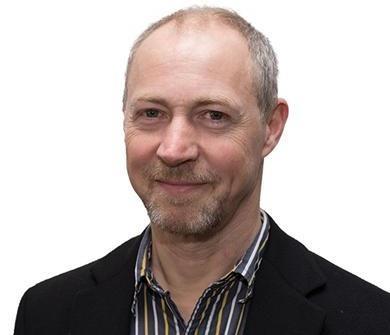 The tragedy unfolding in west London has focused minds on the fire performance of tall residential buildings like never before. As fire crews comb through the wreckage of Grenfell Tower there is awful sense of dread as so many people remain unaccounted for, in some cases whole families. It is likely this fire, and the associated loss of life, will go down as one of the worst in modern history.

We need to understand what went wrong as quickly as possible as there are so many other similar buildings around the country. Residents of the tower are understandably furious with the Kensington and Chelsea Tenant Management Organisation – the body responsible for managing Grenfell Tower – that their warnings about the risk of fire were ignored. Complaints over recent months and years include access for fire engines being blocked, piles of rubbish being allowed to accumulate near exits and inexplicable power surges. This is clearly unacceptable and may have hampered the rescue effort but emerging evidence suggests the reason why this fire was so severe was down to the recent refurbishment to improve the thermal performance of the building.

Grenfell Tower was constructed in the 1970s. It features four storeys of community and office use at the base of the building with 20 storeys of flats above. Its construction is unremarkable; an insitu concrete core at the centre of the building containing concrete escape stair and lifts. The floors are insitu concrete with the flats arranged around the core. This is a straightforward and robust structural system that is widely used today.

The original cladding was precast spandrel panels at cill height with single-glazed aluminium windows above. The thermal performance of this type of facade is feeble, so the building has been upgraded using funding from the ECO programme, with a design by architect Studio E and Rydon as main contractor.

As part of this work, the building was upgraded with a new heating and cladding system. A company called Harley Facades did the cladding – the company says it provides a “comprehensive design and construction package for building envelopes”. It is worth noting Harley Facades was formed after Harley Curtain Wall – a company with the same director and almost identical logo as Harley Facades – went bust in September 2015 after design documentation had been approved by Kensington & Chelsea council but before works on the building had finished.

Drawings show the new facade consists of spandrel panels, with windows separated by panels in a nod to the original design. The windows are a tilt turn design made from polyester powder-coated aluminium. According to the drawings, a cassette type insulation system was used – the panels appear to feature an OSB or other timber backing board faced with Celotex FR5000 insulation board. An aluminium rainscreen has been used to protect the insulation from the weather and provide a decorative finish. This is separated from the insulation by a 50mm wide cavity.

A Reynobond ACM panel was specified for the rainscreen. ACM stands for aluminium composite materials and consists of a core faced with an aluminium sheet 0.5mm thick. The panel is available in two variants. The first features a polyethylene core; the other is said to be more fire resistant with a mineral core. The composite construction enables a rigid yet lightweight panel with the appearance of aluminium available in a choice of different colours while keeping costs down.

High-rise buildings are designed to contain a fire within the flat where it breaks out. Photographs of a severe fire, caused by a faulty tumble dryer, on the seventh floor of a flat in Shepherds Bush in August last year demonstrate that this works. This is the reason why people are told to stay inside their flats – there is a presumption that the building construction will prevent the fire spreading.

Many experts are suggesting the cladding used for the Grenfell Tower refurbishment contributed to the rapid spread of fire. Film footage shows flames shooting up the side of the building and sheets of flaming material raining down. The fire broke out on a warm night – it is likely windows were open with curtains blowing in the breeze, which would have contributed to the terrifying spread of fire throughout the building.

There have been several high-profile fires associated with this form of cladding. These include a fire at the Address Downtown hotel in Dubai on News Year’s Eve 2015, another at the Marina Torch tower also in Dubai earlier that year and the Lacrosse tower in Melbourne, also in 2015. In each case, fire spread rapidly up the side of the building with flaming material raining down on to the pavements below.

If a polyethylene-cored cladding panel was used at Grenfell Tower - and the contractor and manufacturer are reported to have confirmed this today - it is hardly surprising the fire spread so quickly. The panel’s aluminium facing is resistant to the surface spread of flame but this would be of little use where the intensity of the fire would quickly breach the thin aluminium facing, which has a relatively low melting point. Cavities in buildings can contribute to the spread of fire as these function like a chimney drawing flames upwards. And if cavity barriers inhibiting the spread of fire are missing or have gaps, fire can spread vertically internally up a building. This is a bit like suspending a plastic sheet in mid-air and lighting the bottom.

Of course, we do not yet know what caused the fire in Grenfell Tower and there is no suggestion that building regulations were infringed or the work was sub-standard. The building regulations say external walls should resist the spread of fire, not that they should be constructed from non-combustible materials.

There have been many calls for Part B, the regulation dealing with fire safety, to be revised in response to the risks of external fire spread via the cladding. As far back as 2000 a parliamentary committee investigating a fatal fire at Garnock Court in Ayrshire in 1999 where fire spread externally via the cladding said the guidance in Part B might not be adequate to prevent the external spread of fire. It said external cladding systems should be required either to be entirely non-combustible, or to be proven through full-scale testing not to pose an unacceptable level of risk in terms of fire spread. It also said it should not take a serious fire in which many people are killed before all reasonable steps are taken towards minimising the risks. This advice was not incorporated into the 2010 revision of Part B. Since then there has been the Lakanal House fire where six people died. The coroner’s 2013 report into this disaster found problems with fire safety including the building’s fire resistance.

Instead the government has sat on its hands and Part B remains unrevised allowing the use of cladding systems such as the one used on Grenfell Tower. Leaving aside the potentially serious political repercussions for the Conservative government, the investigation into fire spread at Grenfell Tower needs to be swiftly concluded and the findings incorporated into fire regulations.