Why design and build doesn't work

Design and build contracts were meant to give responsibility for jobs to one party. The reality is rather different says Julia Park 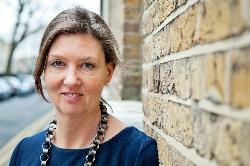 Historians suggest that design and build dates back 5,000 years to ancient Egypt, where the design and construction of the pyramids was reputedly overseen by a master builder. Allegedly, it continued to work well until the Renaissance, when architects decided they wanted their own profession to be distinct from the builder.

Here in its current form, it stems from the early 1980s. The first design and build contract was published by the JCT in 1981. There is widespread agreement that its main purpose was to protect the ‘employer’, usually a public body, by placing responsibility for the whole process with a single party – invariably the builder, not the architect.

Increasingly, design and build is being blamed for the complete opposite – fragmenting responsibility to the point where it is so difficult to hold anyone accountable that redress is almost impossible. In the wake of Grenfell, the RIBA has suggested that this form of procurement must fall within the terms of reference of the public inquiry, and the Association of Consultant Architects has also expressed concern about the diminishing role of the architect.

As well as simplifying responsibility, design and build was intended to save time and provide earlier cost certainty by allowing processes to overlap and reduce conflict by encouraging collaboration between the designer and the builder. It all sounds eminently sensible but the more you think about it, the less realistic it seems, given the way that projects unfold in practice and what motivates the various parties.

Like most clients, housing providers want to get through planning as quickly as possible and with minimum up-front expenditure on fees which isn’t surprising given the other costs they are forced to bear at that stage. Many are reluctant even to appoint structural and M&E consultants pre-planning, let alone a contractor, but they all want to see lots of detail, including fully-furnished, individual, internal layouts. This is understandable, but not very practical. When the structural columns and heating and ventilation equipment finally start to be overlaid on the floor plans of apartment blocks, the majority of layouts will need to be amended, if not re-designed.

Post-planning and with support from the design team, the employer’s agent (often a quantity surveyor) produces the all-important employer’s requirements (ERs). This is often a vast document, intended to describe how the building should perform but with as little information as possible about what that actually means to avoid tying down the bidding contractors.

When the contract is awarded, the successful bidder (usually the cheapest) starts to explain how they intend to build the building for the bargain price that put them in pole position. Where the design has been predicated on the use of particular products or construction methods, this will often be caveated in the ERs by the words ‘equal and approved’. As we know to our cost, the alternatives offered are frequently not ‘equal’, but noticing, and then proving that, often seems too difficult for the client or their agent, so they are ‘approved’ by default.

The contractor’s proposals may be more radical – they may propose an offsite solution, for example volumetric pods. Increasingly I think they should, and will, but trying to retrofit a design to the millimetre precision and logistical constraints of craneable pods is a million times harder than designing it to suit the system in the first place. In reality, either the result will be a compromise, or the designer will need to spend double the time it should have taken.

In allowing all this to happen, we seem to have forgotten two things; firstly that good designers are always thinking about how to build something as they design it; and secondly, that planning approval is permission for the building shown on the approved drawings, not something faintly similar.

Arguably, the best way to protect the design is for the design team to be novated, but it’s not always easy to switch allegiance to a third party or work to a new set of priorities, particularly if you are undertaking the role of quality monitor to the employer in parallel. Contractors are not always pleased either – and why would they be? Many have tried and tested relationships with executive architects who charge (and argue) less.

Design and build can work really well, but the idea of asking someone to take responsibility for an initial design they didn’t produce seems fundamentally problematic

The package that gets handed over is poorly defined too. Take one example; now that accessibility requirements have been taken into the building regulations we don’t need to prove compliance until after planning. But the new rules for wheelchair housing are very complicated. Even if our clients were willing to wait, we couldn’t risk the executive architects coming back and saying they were unable to produce a compliant layout in the empty footprint we passed on. Suppose we had, and they were right, how would that work in terms of liability? Specialist subcontractors are last on the scene; undoubtedly with valuable expertise but once again, too late to be incorporated efficiently, and often adding yet another layer of complexity.

Overall, it has tended to distance architects from the construction stage and made us less inclined to think about buildability. That does the profession no favours. Clients are increasingly concerned that they are not getting the sort of quality they expected and ask us to go much further with the ERs than we should. We’re caught between wanting to do all we can to protect design quality, and knowing that our fees will be stretched with no guarantee of a good outcome as this relies heavily on the experience and tenacity of the employer’s agent. It’s a vital role but often a thankless one.

For small or straightforward buildings, the traditional, architect-led contract has a lot going for it. For more complicated schemes, it does make sense to bring in construction expertise early. But surely that’s the key? It must be early if it’s to be a collaborative relationship, and it must be geared to a process that delivers a building that is faithful to the design, offers accountability and long-term value for money, and allows everyone to make a bit of profit. Evidence suggests that’s not what design and build is doing.