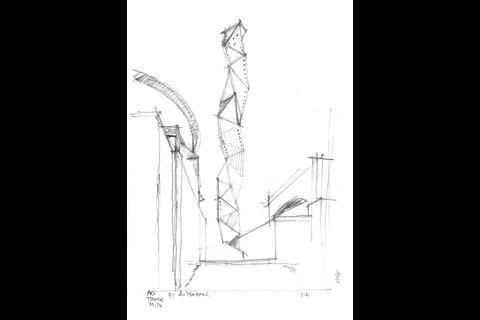 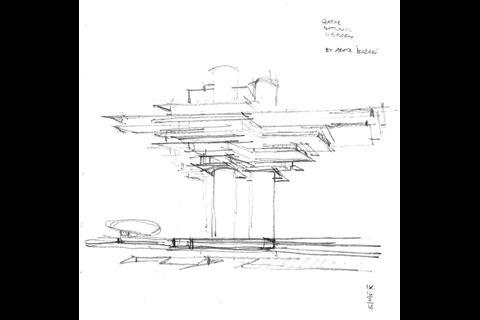 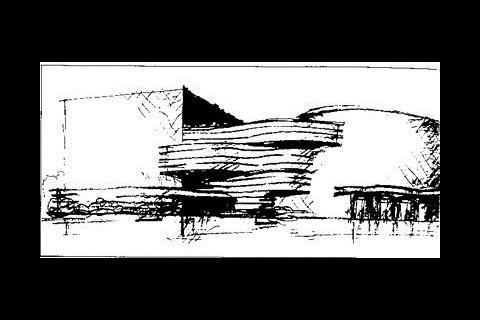 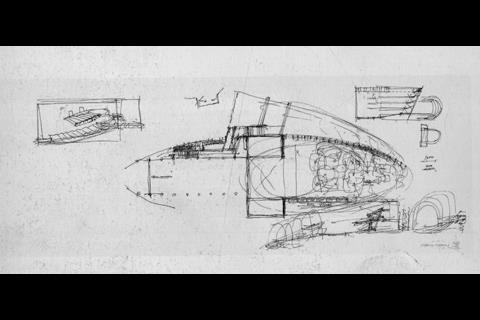 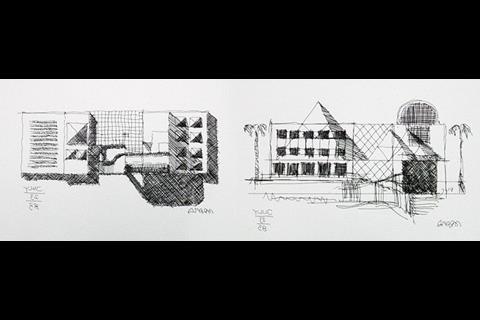 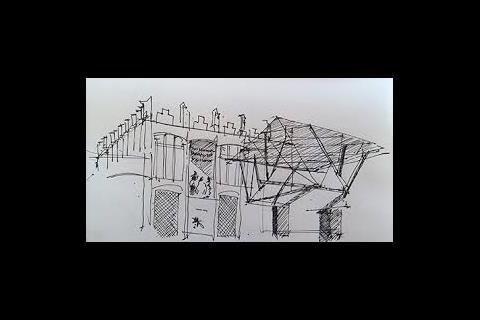 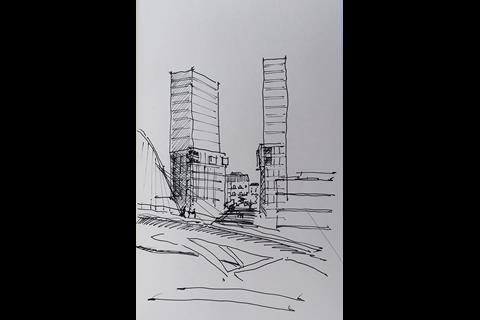 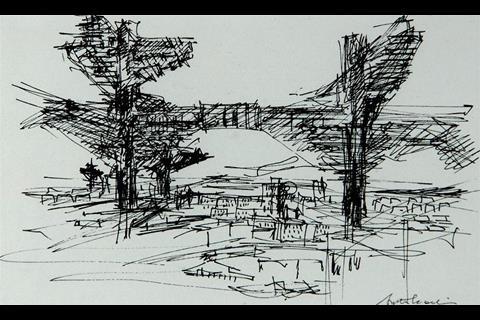 With a productive career spanning more than six decades, more than 100 built works and an oeuvre that is unusually diverse and original, Arata Isozaki’s work is due a timely reappraisal, writes Steffen Lehmann ahead of the Japanese architect’s 86th birthday on Sunday 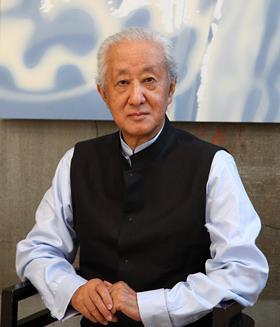 As a young architect in the early 1990s, I spent three years working with Arata Isozaki in Tokyo. Isozaki Atelier was a buzzing hub with Isozaki as the single master heading up a group of around 30 devoted architects. From around the mid-1980s, Isozaki was the first Japanese architect to be working globally, while also being intensely busy at home: Japan’s post-war economy had undergone a period of rapid economic growth and Isozaki was well equipped to take advantage of this boom, getting his most extraordinary and ambitious designs built. His projects were rarely in Tokyo and instead can be found dotted around Tokyo’s outskirts or in Japan’s smaller cities, such as in Mito, Kyoto, Nara and Kitakyushu.

A creative force and an intuitive genius, Isozaki is charming, charismatic and incredibly talented. Project meetings usually followed a strict ritual, where Isozaki would sit on one side of the table, without much talking, sketching with ink pen on yellow tracing paper. Stacks of abstract and elegant hand sketches and diagrams were produced in long meetings, where he would work over ideas, and it was usually our task to ‘translate’ those sketches into more concrete line drawings that could become a basis for construction.

A large and diverse oeuvre of buildings, from playful and inventive to monumental

Born 1931 in Oita, south Japan, Arata Isozaki graduated from the University of Tokyo in 1954 and initially worked under Kenzo Tange – the father of post-war Japanese architecture – before establishing his own firm in 1963. His early Japanese projects, like City in the Air (1960-1961) and the Oita Prefectural Library (1962-1966), bear the strong influence of Le Corbusier, Louis Kahn and Kenzo Tange, his early mentor. In Japanese architecture, Isozaki belongs to the same generation as Fumihiko Maki, Kisho Kurokawa and Kiyonori Kikutake. While he was sympathetic to their ideas and theories of new forms of city, he never joined the metabolist group, preferring to follow his own path.

The widespread devastation of Japanese post-war cities brought an urgent need for new housing allowing for architectural experimentation. As a result, Japanese architecture since 1960 has consistently produced some of the most influential and ground-breaking examples of modern design. Over the course of his long career, Isozaki was always interested in visionary forms of cities. In 1960, he created an ironic photomontage with the title ‘Future City’, where he placed a metabolist mega-structure within a field of classical ruins. In the end, very few of his visionary theories made it into reality and, ironically, oneof the few metabolist projects ever built was Isozaki’s Prefectural Library in Oita (1966).

Isozaki’s particular interest in renaissance and classical architects, such as Borromini or Schinkel, and his vast knowledge of architectural theory allowed him to use a variety of historical references in an unrestrained way. Similar to the work of Louis Kahn, Isozaki shared a preoccupation with monumental and heavy buildings that did not hide their weight, materials and rough surfaces.

He displayed a unique capacity for strong figure-ground compositions that declared architecture as a compositional art, a celebration of formal expression and a reminder of the urban possibilities large buildings could offer. The level of attention devoted to every detail and the search for ‘perfect’ materials are hallmarks of Isozaki’s working method and devotion to perfection. Besides all this monumental playfulness, symbolic messages and post-modern freedom, Isozaki is also a romantic architect rooted in history: a tendency that would later be coined as post-modernism. Just like Bernini and Borromini before him, he is always challenging the boundary between sculpture and architecture.

With an immense work ethic, he was able to build an astonishing number of projects and an unbelievable number of design proposals spread over five continents. Isozaki refused to restrict himself to any single signature style, re-inventing himself every 10 - 12 years. I suggest that one can differentiate Isozaki’s oeuvre into four distinctively different phases:

His early projects in Japan were heavily influenced by European experiences with a style mixed between new brutalism and metabolist architecture. These buildings expressed their rough concrete structure: an architecture of systems and components, revealing how they were made and assembled. The elegant Gunma Art Museum (1974) confirmed him as an original force and set Isozaki on the global circuit. His ideas about urban mega-structures (especially ‘City in the Sky’) were dissimilar to the theoretical propositions of the metabolism manifesto (published in 1960), with references to organic biological growth and biological processes. 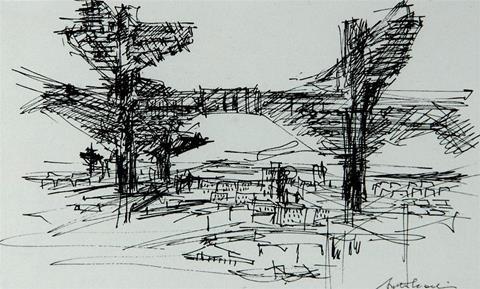 Isozaki commented that this phase of technological optimism came to an end with Tokyo’s ‘failed’ Expo 1970 and the world energy crisis. He would mark significant changes in the world’s situation with an equally significant shift in his design approach.

High post-modernism: the symbolic, iconic and ironic in architecture

During the second phase, Isozaki’s designs became more inventive with geometry at a time when architecture had to radically reinvent itself. A new design approach emerged as a reaction against the perceived shortcomings of the 1960s and 1970s – for example its lack of reference to the history of architecture and ignorance of the culture of places. Pioneering Japanese architecture overseas, Isozaki was able to realise a series of key projects in the USA, including MOCA in Los Angeles and Team Disney in Florida. The Team Disney headquarters is a colourful and striking assemblage influenced by pop art and post-modern wit and MOCA is still considered one of Isozaki’s masterworks.

Isozaki commented that this phase of the Cold War era had come to an end with an entirely new world situation, following the fall of the Berlin Wall and the bursting of Japan’s economic bubble.

Architecture as a sculptural statement and experiment

The conceptually powerful and often provocative design of the third phase looked more Japanese compared to the previous internationalised phase, with buildings during this phase being elegant public works for cultural institutions such as the Art Tower of Mito and Domus-La Casa del Hombre in Spain. He continued to work with high-profile projects and clients, firmly establishing himself as the most influential figure in Japanese architecture. Isozaki developed vast expertise in museum technology and acoustics for concert halls; and the concept of the Third Generation Art Museum (1991). Despite the large-scale works, he always remained interested in small projects, such as Nagi Museum, furniture design and temporary exhibitions. The designs of this phase include the Kyoto Concert Hall and Nara Centennial Hall.

Isozaki would claim that the phase of contextual local architecture had come to an end with the complete globalisation of architecture.

The 21st-century: Digital architecture as a form of global endeavour

In the most recent phase, Isozaki continued to push the envelope of what is possible, socially and technologically. The projects of this phase can mostly be found in the fast-growing mega-cities of Asia, less in Japan – a sign that architecture has become a truly globalised endeavour. Isozaki’s late work changed to become more organic, often with curvilinear forms derived from nature, forming cave-like spaces and bone-like structures. At the beginning of the new millennium the recent works appear like ‘Google Earth architecture’ for the age of satellite surveillance, that has radically altered the way we perceive the urban environment.

Arata Isozaki’s activities are not limited to architecture but include writing, judging architecture competitions and collaboration with artists. Overlooked for the Pritzker Prize himself, it was frequently Isozaki who created the space and freedom for other Japanese architects. His work – although not yet entirely understood – is still highly relevant to today’s architectural practice, where architects are subjected to forms of control and project management, squeezing out all complex invention and elements of complicated geometry in the name of reducing project risks.

Isozaki showed us how powerful buildings can be. The ideas and formal originality that continue to drive his architecture are still influential internationally and there is no doubt that he is one of the most influential architects of the second half of the 20th century.

One could say that he has created an architecture so personal in its ideas and concepts for spaces that it defies characterisation in any single school of thought. His fascinating complex character, modesty and extraordinary generosity that helped so many to launch their careers will not be forgotten.

Dr Steffen Lehmann (AA Dip) is Professor of Sustainable Architecture at the University of Portsmouth, where he is also Director of the Innovation Cluster for Sustainable Cities, a research group that brings together 38 researchers across a range of disciplines. From 1990 to 1992 he worked with Arata Isozaki in Tokyo before establishing his own ideas-driven practice, the s_Lab in Berlin. For more info, see www.city-futures.org.uk