Engineer Max Fordham, founder of the eponymous engineering business he set up in the 1960s, has died aged 88.

Born in June 1933, Fordham passed away at home yesterday morning, the company announced in a statement this evening.

Paying tribute, the firm said: “Max pursued a new approach to engineering based on his insatiable curiosity about how buildings work. He resisted pigeonholing into the conventional boxes of mechanical or electrical engineering and was always interested in the whole building.” 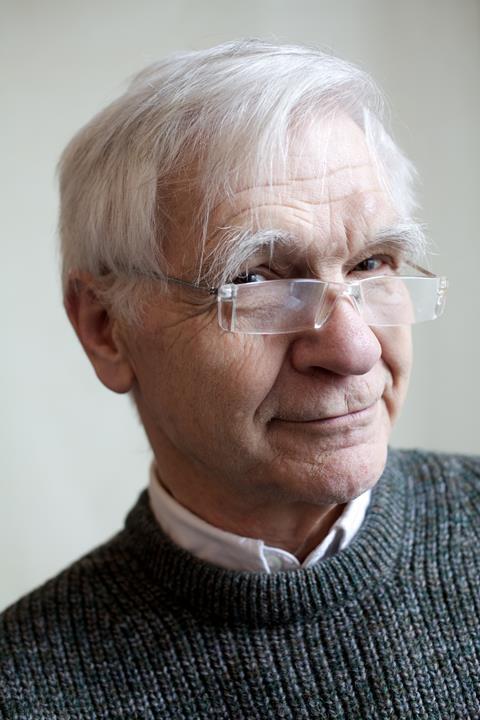 Fordham set up his business in 1966

Following National Service, he began working for Weatherfoil Heating Systems in the late 1950s, before moving on to the Building Group, which is now known as Arup Associates.

He spent five years at Arup before setting up his own practice in 1966 with his wife Thalia “Taddy” Fordham, initially working out of their bedroom.

Notable projects during his career included the Alexandra Road Estate in Swiss Cottage, north London, designed by Neave Brown, which was completed in 1978. It was the first post-war housing scheme to be listed when it was given a grade II* mark in 1993.

Other schemes he worked on included Evans & Shalev’s Tate St Ives in Cornwall, built between 1991 and 1993 and expanded by Jamie Fobert in 2017, the Contact Theatre in Manchester, which opened in 1972 and was redesigned by Alan Short & Associates in 1999, and the landmark RMC headquarters in Surrey. Completed in 1990 by Cullinan Studio, this was also given a grade II* listing in 2014 after a high-profile campaign, backed by Nicholas Grimshaw and the late Richard Rogers, saved the building from the wrecking ball when plans to replace it with housing were drawn up.

Paying tribute, Prasad, who was taught by a “mesmerising” Fordham at Cambridge University before going on to collaborate with him over many years on projects such as Snape Maltings in Suffolk, called him “an absolute giant”.

“He was a complete one-off and a huge inspiration,” said the Penoyre & Prasad co-founder. “He brought lateral thinking to a field which you don’t usually associate with imagination. He was always innovating, always seeking.

“He was so open, unassuming and humble and had a fantastic giggle. It was such a privilege to work with him.”

Fordham was thinking about things like sealed buildings and the importance of preventing heat loss decades before it became an urgent topic, he added. 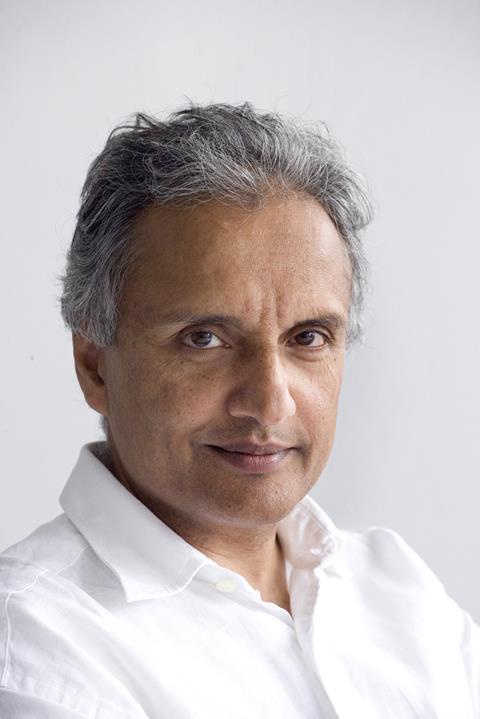 Sunand Prasad was taught by Fordham before becoming a collaborator. He described him as a giant

“I remember him speculating on how windows in homes should be like car windows which seal as you wind them up,” said Prasad.

“As well as countless projects he created an atmosphere that inspired people to carry on his work, which is a great achievement. So many people passed through that atelier. Fortunately it prepared many for the challenge that’s before us now.”

Fordham handed over the running of the practice to his fellow partners in 2000, which now employs more than 250 people, including 119 partners who co-own the business.

Fordham also lectured at the University of Bath and earned a number of honours, including a fellow of the Chartered Institute of Building Services Engineers (CIBSE). He was also a fellow of the Royal Academy of Engineering, an honorary fellow of the RIBA and was awarded the Prince Philip Designers Prize by the Royal Society of Art.

He was made an OBE for services to engineering in 1994 and was awarded the CIBSE Gold Medal three years later.

He is survived by his three sons Jason, Cato and Finn and four grandchildren. Taddy passed away in 2017.

’His influence was unsurpassed for a whole generation’

Peter Clegg, co-founder of Feilden Clegg Bradley Studios, said: ”Max was one of the most influential people in my own architectural education and in the work of our practice. Indeed his influence was unsurpassed for a whole generation of engineers, but perhaps dare I say more importantly - of architects.

”He taught us ‘sustainability’ at Cambridge long before the word became common currency and introduced building physics to the architectural curriculum. A big conceptual and philosophical thinker - combined with pragmatism unconstrained by convention - a belief that a good idea could always be practically resolved and realised.

”When we started to work with Max Fordham back in the late 80s it was a real pleasure to find a practice where there was a real sense of design collaboration. I like to think that whole sequence of FCBS projects; the BRE building, Bedales Theatre, Heelis, the headquarters for the National Trust and the Woodland Trust and Worcester Hive were the result of a meeting of practice minds within a new discipline of architectural services engineering, where conceptual ideas were genuinely shared. Max’s own personal input to the concept design for Heelis, for instance was just as significant as ours - if not more so.

”And then of course his philosophy of running a collaborative practice, derived amongst other influences from the radicalisation of a Dartington education, was also a great influence on our thinking when we set up what was to become FCBS.

“There’s so much more to be said at such a significant passing, but we will always remember Max for his good humour and his delightful chuckle which will raise our spirits in these challenging times.” 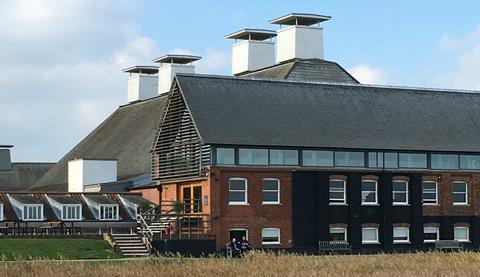 Snape Maltings, home venue of the Aldeburgh Festival, was one of Fordham’s projects

”He was an absolute hero to me - a trailblazing green designer who really walked his talk.” - Fionn Stevenson, architect and professor of sustainable design at Sheffield University.

“The creation of a great building is a team game and during his long career, Max played his part brilliantly. He was a true visionary – a pioneer of sustainable design and engineering. He collaborated on projects across sectors – from housing estates to theatres and arts centres – helping to create a vast portfolio of exceptional buildings – Tate St Ives in Cornwall and the Alexandra Road Estate in London to name just a couple. Max’s support for design, architecture and engineering earned him the lifetime honour of a RIBA Honorary Fellowship in 1992. Having had the pleasure of knowing and working with him personally - and following his retirement, with his successors - I am very sad to hear of Max’s passing and share my condolences with his family, friends and all who knew him.” - RIBA president Simon Allford.

“Max was a role-model, supporter, sometime mentor and friend - never short of a quip or a funny story, but always backed up by impeccable (and usually unfathomably complex) physics. He was the rarest of designers, a pragmatic visionary, with a clear understanding of the role that building physics plays in making better, more efficient architecture and buildings, before it was really a thing. He really was the first of a generation of designers who started out as ’heating engineers’ and became ’environmental engineers’.” - Patrick Bellew, environmental engineer and founder of Atelier Ten.

”Working with Max and his wonderful team taught me so much about holistic sustainability - decades before the ideas were mainstream, he advocated long life/loose fit, with users required to adjust their expectations to suit external conditions. A lovely. Inspiring, extraordinary man.” - Jo Wright, director of architecture at Arup

”Max was generous, intelligent and inventive. He never dismissed an idea, no matter how naive, illogical or silly, he went with the flow of creativeness.” - Azhar Azhar, architect, teacher and founder of Azhar Architecture.

“I was fortunate to work with Max Fordham & Partners for 18 months, much of it directly with Max himself, early in my building design career. He had founded his ’building services’ engineering consultancy (what we call a Mechanical/Electrical/Plumbing Engineering firm here in the US) in the mid-1960s on the novel idea that buildings function holistically rather than as a collection of systems. He was making buildings deliver better performance with fewer resources decades before it became common and was repeatedly recognised for his pioneering accomplishments in the environmental design of buildings.

”Often referred to in architecture and engineering community as ’Mad Max’ or ’the right-brained engineer’, Max always had about him the vague air of a mad scientist. He was enormously funny, generous in spirit, and an incredibly nimble thinker. I realised only later in my career how unique he was in his ability to start a design problem from first principles and work forward to wonderfully inventive solutions time and again. I have had to live down my ensuing disappointment that few in the industry approach their craft the way he did. And it makes me all the more grateful for the formative experiences I had with him. Thank you, Max. Your loss will be keenly felt.” - John Breshears, PE AIA, founder of Architectural Applications, Oregon, USA