Construction due to start in May 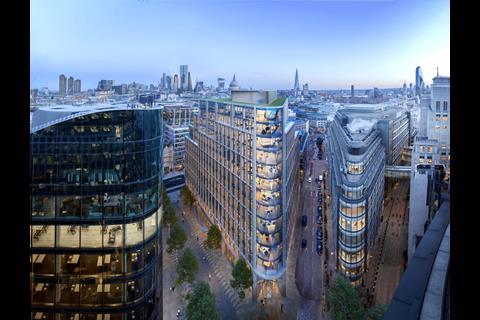 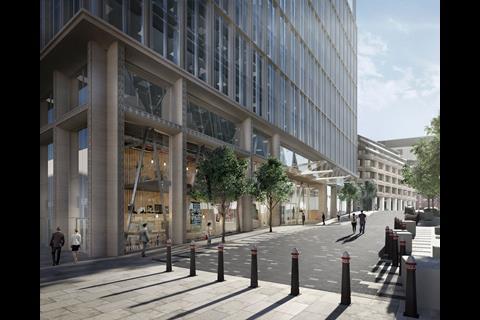 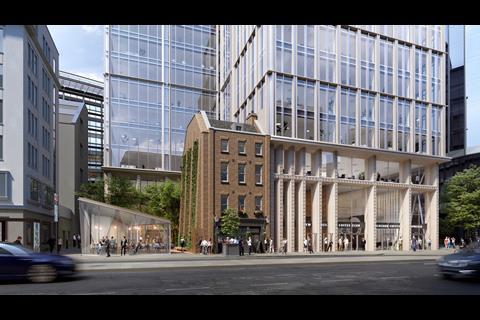 A 13-storey development designed by TP Bennett is set to go ahead after the City of London approved it.

The works will begin in May and see the demolition of two existing buildings – 81 Farringdon Street and 1 Stonecutter Court – to make way for 32,000m2 office space.

A grade II-listed pub dating from the 18th century, Hoop & Grapes, will remain intact as the development goes on around it.

Greycoat, the developer, has already Hoare Lea for energy and Breeam consultant, Pell Frischmann as engineer, Arup for security, and GVA as project manager.

The scheme is next to KPF’s new Goldman Sachs which is nearing completion. 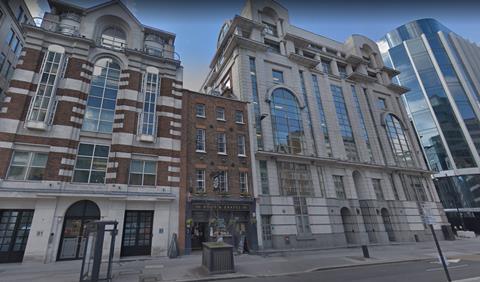 The site as it is now - surrounding the Hoop & Grapes pub. KPF’s Goldman Sachs HQ is on the far right