Studio E: Anatomy of the death of a practice

How an award-winning architect collapsed into liquidation 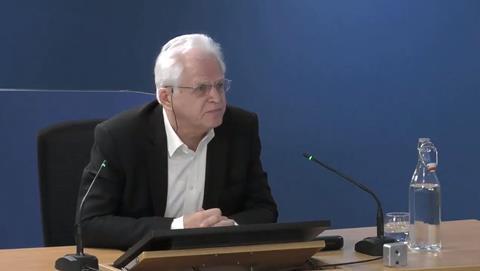 Studio E has been wound up owing £144,014 to its remaining four staff and other creditors. Documents filed with Companies House show it has just £15,688 to its name.

Here we chart the history of a once-celebrated practice which won a Queen’s Award for Enterprise exactly 10 years ago. It had been under enormous pressure in recent years, even before its staff were called to give evidence to the Grenfell Tower Inquiry about its part in the tragedy that claimed 72 lives. One staffer has yet to complete his testimony after being taken unwell twice during March’s sessions.

In January it emerged that the practice could not afford legal representation at the inquiry.

And its Companies House history shows it has moved offices four times since 2014 and twice this year. Its creditors include its landlord to whom it owes £10,000 in rent.

The award-winning practice has been through a number of guises since it was founded as Studio E Architects Ltd in 1994 by former RMJM staffer and impresario David Lloyd Jones with Cezary Bednarski and Andrzej Kuszell.

A parallel company, Studio E LLP, was set up in 2007 but only started trading in 2011. It was part of an on-off plan to give more control to the younger directors, according to evidence given by Kuszell to the Grenfell Inquiry in March.

But after running into financial difficulties the LLP went into voluntary creditors’ liquidation in July 2014, two years after it had been appointed – in controversial circumstances – to carry out the £9.4m Grenfell Tower refurbishment.

The original firm, Studio E Architects Ltd (SEAL), which had never been closed, took over again. But the practice shrank significantly and by March 31, 2017 it employed 12 staff and had net assets of £48,803.

Current and past members of staff spent two weeks in March giving evidence to the Grenfell Inquiry about the refurbishment and cladding of the tower which contributed to the deadly spread of fire in June 2017, resulting in 72 deaths.

He said the architect had had to make “difficult decisions” about how to engage with the process because it did not have the resources to hire a full team of lawyers or even study all of the inquiry documents. That was also the reason it did not appear at the phase one hearings.

“It is just a necessary consequence of the financial limitations placed upon the company,” Popat said at January’s session. “The truth is that due to the funding restrictions, Studio E has not been able to consider with its advisors all evidence disclosed by the inquiry, or by the other participants.”

>> Russell Curtis: Grenfell Inquiry: How much can we expect of architects?

In its heyday Studio E designed Grange Park Opera House in Sussex and a number of celebrated schools including City of London Academy in Southwark which won a Prime Minister’s Better Public Building Award in 2006. In 2008 it was named best school architect in the British Council for School Environments awards.

In 2010 it became only the fourth architecture practice to receive a Queen’s Award for Enterprise, awarded for its “continuous achievement in sustainable development”.