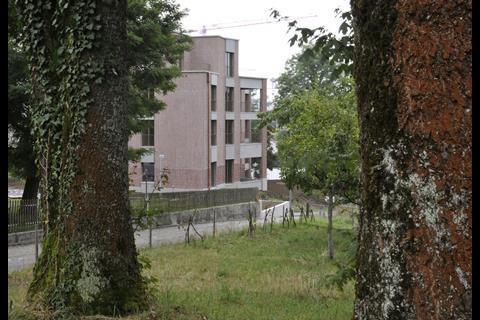 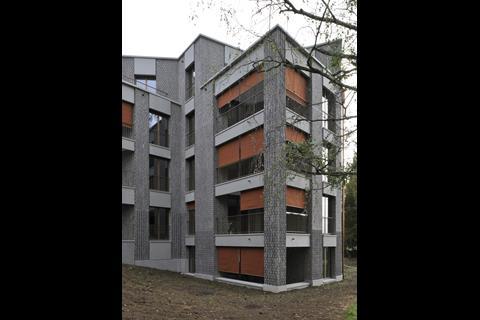 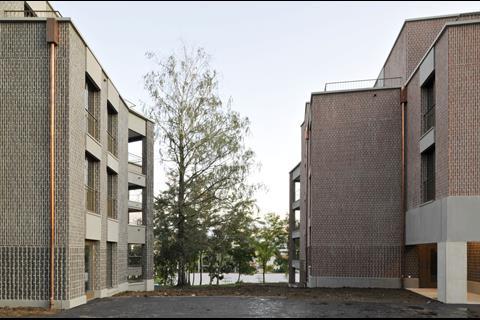 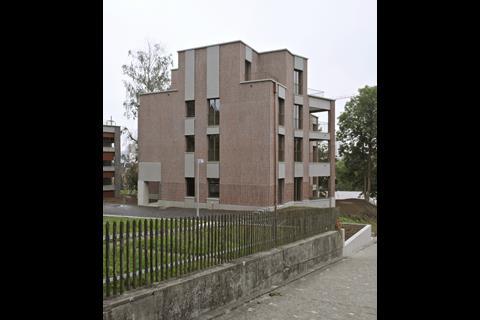 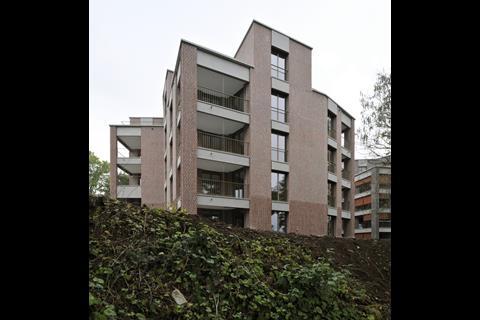 It is the practice’s first residential project in the Swiss city.

The 3,200sq m project containing 31 flats is in the northern Seebach neighbourhood which is in the process of being densified to absorb a growing population.

The two buildings offer a contemporary interpretation of the urban villa – which is the predominant local typology – and, although similar, are not identical.

Both are characterized by vertically aligned openings with precast concrete elements between door and window assemblies. The dominant building material is brick – reddish for one of the buildings, charcoal grey for the other. A light-coloured mortar is used for the vertical joints, which are wider than the horizontal ones.

While the two buildings differ in size – one has 19 flats, the other 12 – both have central cores with bathrooms, utility rooms and entrance halls arranged around them so as to avoid the need for corridors. Bedrooms and service rooms are orthogonal in plan, while living, dining and kitchen areas are more loosely shaped and often directly connected to a loggia.

The shared garden was designed in collaboration with Müller Illien Landschaftsarchitectekten. A number of mature trees have been preserved and grass, shrubs and new trees planted.

To the north of the site the existing gravel road is extended to provide parking spaces for cars and bicycles. Proximity to a station meant fewer spaces were needed for cars. 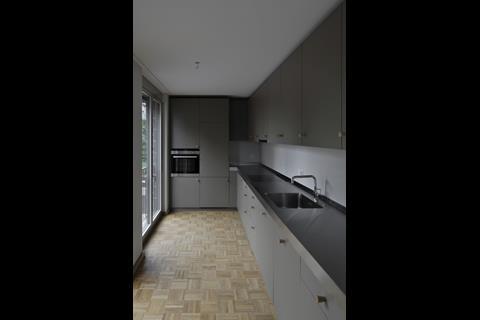 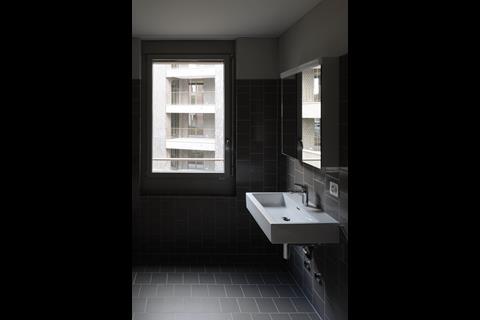 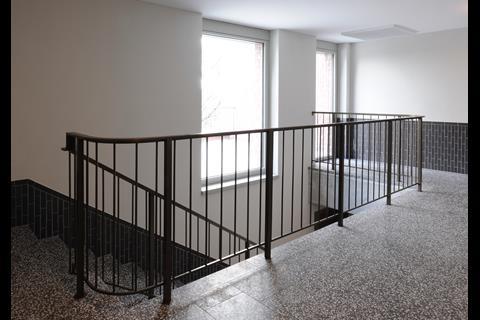