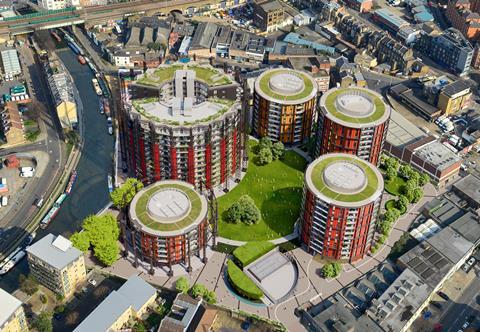 Source: Above All Images / Ian Hay

Rogers Stirk Harbour & Partners has been given the green light for its scheme to repurpose a series of Victorian gasholders in the capital despite a petition to stop the project amassing more than 2,000 signatures.

Councillors on the planning committee at Tower Hamlets council voted seven to one to approve the Bethnal Green scheme, known as Marian Place, which will provide 565 apartments and up to 4,000sq m of space for other uses. 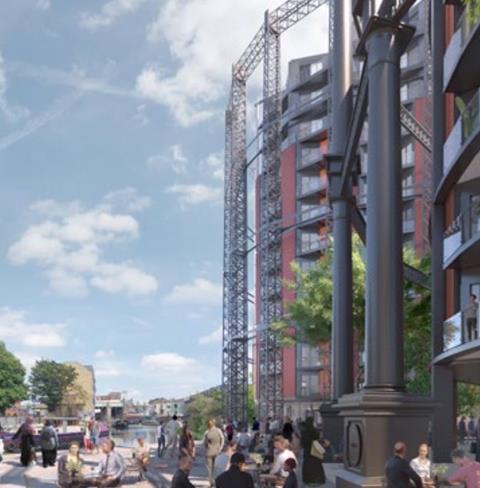 Drawn up for St William, a joint venture between the National Grid and Berkeley Homes, the scheme will see the site’s two remaining cast-iron gasholder frames dismantled and refurbished to frame two of five new cylindrical apartment blocks earmarked for the 1.82ha site.

One of the circular structures, built in 1865, is the oldest surviving gas holder guide frame in the world. Another, built in 1888, is one of the few surviving examples of a structure built by local firm Samuel Cutler & Sons of Millwall. They are the only surviving in-situ gasholder guides frames on the Regent’s Canal, a former industrial corridor through the centre of the capital. 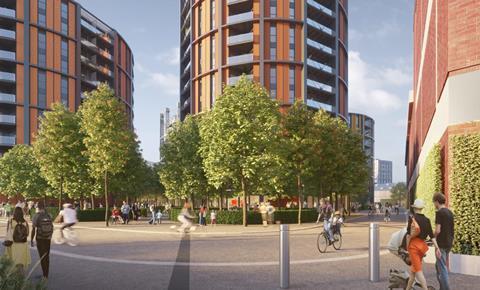 Heritage campaigners amassed more than 2,000 signatures for a petition to preserve the gasholders

The scheme has attracted considerable controversy, with a petition set up by heritage campaigners from the East End Waterway Group attracting over 2,000 signatures demanding the preservation of the gasholders.

Other architects to have designed buildings inside gasholder frames include Wilkinson Eyre at King’s Cross and Grid at the Oval in south London.