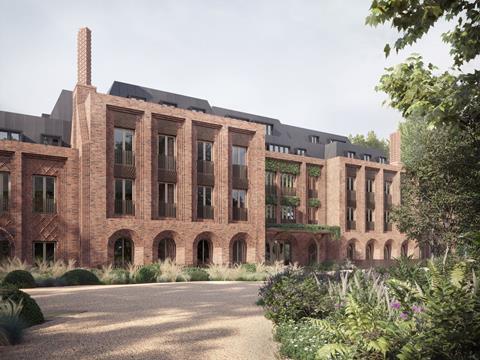 RG&P has won planning permission for a 93-home residential complex for over-65s on one of the capital’s most exclusive streets. It says the design was inspired by features of the arts and crafts movement homes of nearby Hampstead Garden Suburb.

The practice’s four-to-six-storey scheme for The Bishops Avenue, in the borough of Barnet, was created for developer Riverstone. As well as the apartments, it includes a swimming pool, a sauna and steam room, a gym, a ballroom and a cinema. There are also salon and treatment rooms, a restaurant and bar with an outdoor terrace, and a library.

RG&P London director Grant Giblett said the practice had sought to create design for the development with motifs that reflected those of large neighbouring homes.

“In keeping with nearby properties, the front of the scheme follows a mansion house appearance with ground floor arched windows and decorative chimneys that compliment rich brick detailing that is synonymous with the arts and crafts movement,” he said. 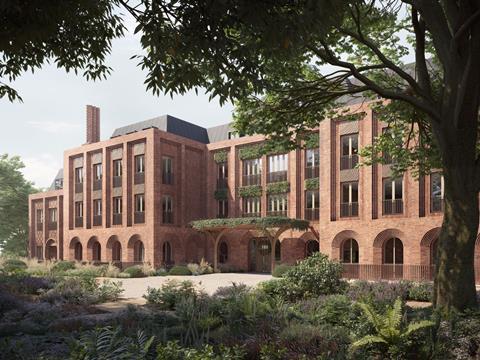 “The rear of the property takes a more playful approach inspired by subterranean vaults and architectural follies.” 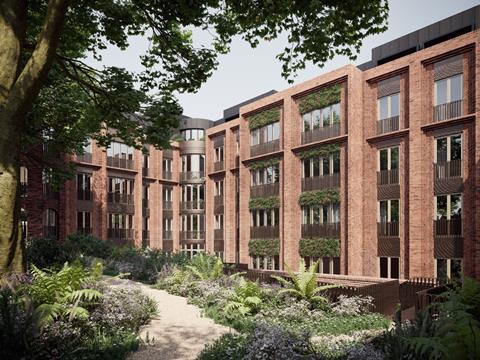