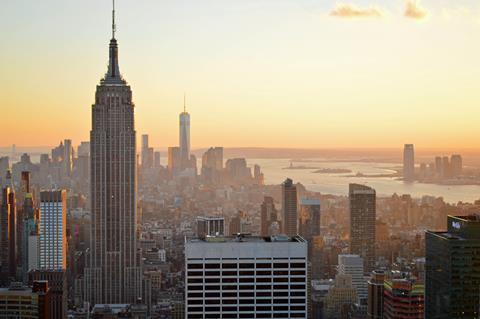 The Manhattan skyline in 2014

New York City Mayor Bill de Blasio has declared war on “glass and steel skyscrapers” as part of a 30-year-vision to make the city more sustainable and resilient to climate change.

The move potentially strikes at the heart of the city’s reputation as the world’s foremost home of tall buildings – if not the original home of the skyscraper.

In a speech marking Earth Day this week, de Blasio pledged legislation that would require significant emissions limits before developers could obtain consent for a big skyscraper – and big fines for landlords who do not reduce emissions according to city guidelines. 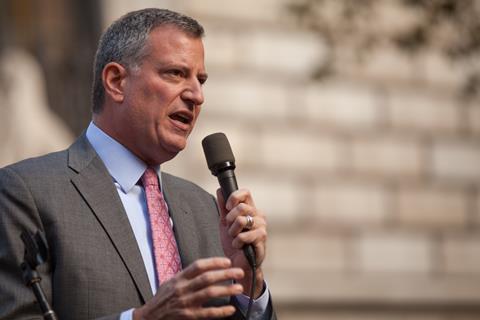 “In one of the great coastal cities of the world, there’s a lot we have to do to make sure that life in 2050 will be liveable,” he said.

“And so the plan lays out what it is going to take. Now a lot of people in our administration worked very, very hard and it’s a rare thing to have for a government or any organization, a road map that takes you decades ahead, but this extraordinary group of public servants gathered around me, they did that hard work over the last months and put together something extraordinary.”

De Blasio said Hurricane Sandy had caused billions of dollars worth of damage in 2012, destroying neighbourhoods and claiming dozens of lives.

“You are not going to find climate deniers in New York City because we suffered through Sandy,” he said.

“And we also believe the reports, the estimates that tell us we have only 12 years to get it right. Let’s be clear we have until 2030 to start changing things fundamentally or our lives just won’t be the same. So we are not just passing laws and rules and telling people they have to do things differently. This is a massive undertaking.” 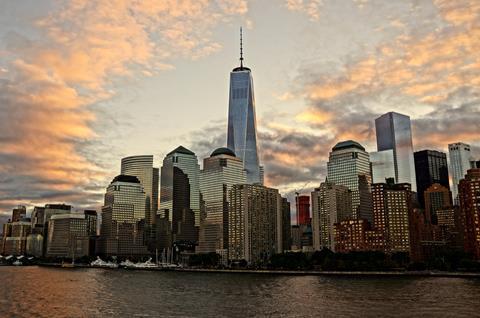 The mayor said New York City had already spent billions of dollars retrofitting its own buildings with a view to racking up a 30% cut in emissions by 2030, and that landlords of large buildings who did not take similar measures would now face huge fines.

“I want to be very clear – the landlords who play by the rules are not going to have a problem but any landlord who does not achieve these goals will be subject of fines of up to $1m per year. In some cases, in the largest buildings, it could be over $1m,” he said.

“That’s real money and it sends a real message that this has to happen.

“Now, we’re going to take it another step because part of the problem here is that buildings got built that never should have been built to begin with, if we were thinking about the needs of our Earth.

“And so, we are going to introduce legislation to ban the glass and steel skyscrapers that have contributed so much to global warming. They have no place in our city or on our Earth anymore.

“If a company wants to build a big skyscraper, they can use a lot of glass if they do all the other things needed to reduce the emissions. But putting up monuments to themselves that harmed our Earth and threatened our future, that will no longer be allowed in New York City.”