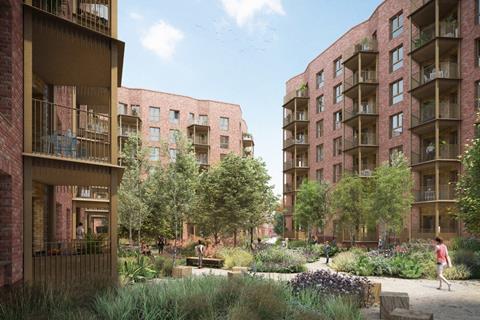 The scheme will include 324 tenure-blind homes

Maccreanor Lavington has been given the green light by Lewisham council for another south London development. 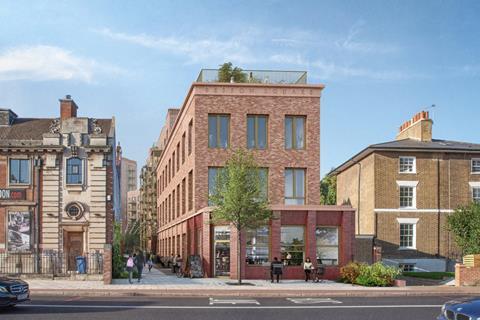 The brownfield site has been vacant for 10 years

It will be built on a council-owned brownfield site in New Cross which has been vacant for 10 years.

It has been designed for Grainger Lewisham Holdings, a JV company formed between the council and developer Grainger following a compeition in 2017 to provide the scheme. 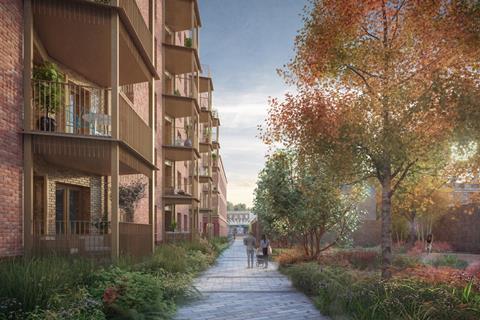 The scheme will also include a new GP and a pharmacy

It is the latest in a string of wins in south-east London for the architect, which is amassing a sizeable presence in this part of the capital.

In June, the practice was given the all clear for a 28-storey tower on the Old Kent Road comprising 253 homes built above a warehouse. 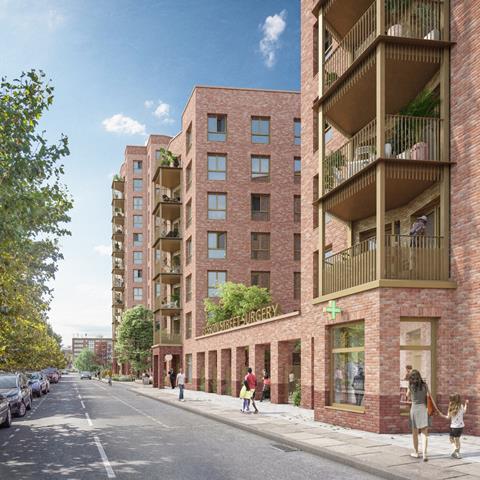 That scheme followed green lights in June for a 39-storey brick-clad tower comprising 372 homes, and a 22-storey tower 111-home tower. Both schemes are also on the Old Kent Road.

It is also behind a 27-storey residential development on Blackfriars Road, 300m north-west of Elephant & Castle.

Work on the New Cross scheme is expected to start on site in winter 2021 with completion slated for winter 2024. 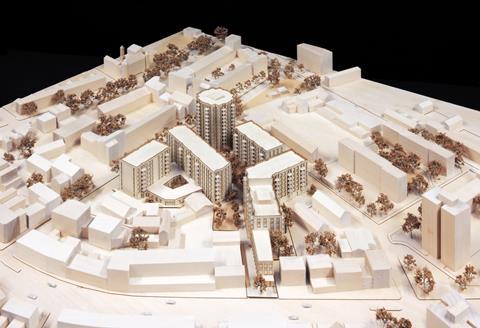 Aerial view of the project