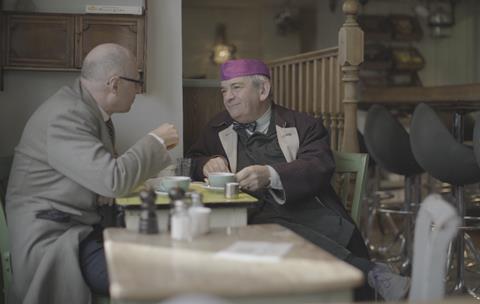 A leading architect and developer has called for property developers to be licensed to weed out speculators.

Roger Zogolovitch labelled the trading of land with planning consent a “disease” and said only developers who actually built things should be licensed.

The co-founder of architect CZWG and founder of developer Solidspace, told a roundtable discussion in London that allowing speculators to trade consented sites was eroding trust between developers and local communities.

“Follow the history of a consented site and you’ll see it’s been traded and traded [but] there’s no development,” he said. “All we’re doing is encouraging or allowing [speculation].

“Those developers are coming in and all they want is the piece of paper from the local authority giving them planning consent. These people are not in the same game.”

Zogolovitch called for a licensing scheme for developers, “a sort of permitted development with an element of control, which would work for those who are genuinely building stuff, as opposed to people who are just trading land”.

Jonny Anstead, co-founder of niche developer Town, said at another debate on housing last week: “The whole land market is trashed. By the time any land becomes ready to have houses built on, it’s probably been traded five or six times by speculators and the value is so high nothing decent can happen on it.”

The Federation of Master Builders has also called for the licensing of all construction companies to become a UK-wide policy following the general election next month in order to “create a minimum standard in a market where anyone can set themselves up as a builder”.

Also speaking at the roundtable event, Claire Bennie, former development director at Peabody and founder of consultancy Municipal, said licensing firms would give local authorities the assurance that they could do a good job on a challenging site.

And Bennie, who is also Sadiq Khan’s design advocate at the GLA, said small firms ought to be educated in how to approach the administrative side of such schemes. “There should be a training scheme for small firms on how to handle the bureaucracy around small sites, how to do all the planning reports, all the grant funding elements they might need, and so on. They’re really good at building things, but they’re not very good at those other things.”

It wasn’t just builders who would benefit from more training around developing small plots of land, according to Gail Mayhew, a commissioner at the Building Beautiful Building Better Commission and principal at consultant Smart Growth Associates. “Local authorities could benefit from having more skills in the small sites area too,” she said. “They could train one individual within the council to be the ‘go-to person’ for small sites and small builders.” Training could also be improved in the planning profession more generally, and not just for new entrants but for senior individuals, Mayhew added.

Small sites could be delivered more quickly through more partnerships between the public and private sector, said Richard Brown, research director at think tank Centre for London. Local councils should “look at sharing the ‘pain and gain’ in a development, focusing on that part of the procurement and being less about trying to sell off a site with this hand, then regulating it out of viability with the other through the planning process”.

Brown also called for the bundling together of a number of small sites “so they become viable for a small consortium of developers, instead of doing the same procurement process 25,000 times”.