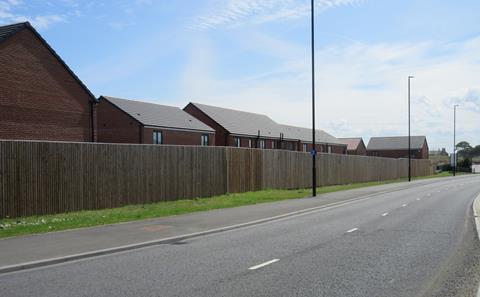 The design quality of homes built by “greedy” volume housebuilders are overwhelmingly poor or mediocre, according to a national housing audit conducted by the Bartlett.

The report, co-funded by UCL’s Place Alliance and the Campaign to Protect Rural England (CPRE), found that three-quarters of new homes constructed by large builders are of mediocre or poor design quality, with one in five so bad they should never have been given planning permission.

Principle report author Matthew Carmona, professor of planning and urban design at the Bartlett School of Planning, said the research showed major housebuilders were failing to act ethically, and were putting profit before all other considerations.

The report, commissioned in June, is the first since Cabe, the government’s former architecture quango, conducted national audits in 2004 and 2007. It suggests the quality of design has improved somewhat, with the number of schemes being classed as poor or very poor since 2007 falling from 29% to 20%.

Similarly, the proportion of schemes being classed as good or very good increased from 18% to 26%. However, the report concludes that the picture overall is not greatly changed, with 74% of schemes either mediocre or poor, compared with 82% previously.

Carmona said the research, which assessed 142 schemes against a range of criteria including street design, environmental performance, character, accessibility and local amenity, showed the industry was still “failing” with regards to quality. 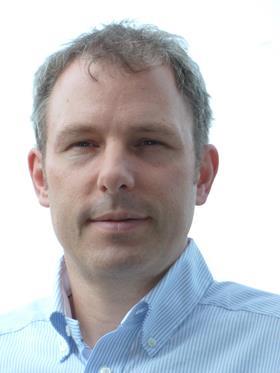 The research found that individual housebuilders were often able to produce both high-quality and low-quality schemes in different places, with the affluence of the area the major determinant of whether or not a scheme was well designed. Poorer areas were found to be 10 times more likely to get bad design, while low-density suburban schemes were also disproportionately likely to be poor.

Immediate past president of the RIBA Ben Derbyshire tweeted: ”Check that cheerless, treeless car dominated street. Can the forthcoming #BuildingBetterBuildingBeautiful report save us from any more of this?”

Carmona said he was “disappointed” the audit had found the situation so little improved in the past decade. Cash-strapped local authorities, highways engineers and the government – which he said had “taken its eye off the ball” with the abolition of Cabe – all had some responsibility for the failure to improve.

However, he added: “Clearly housebuilders have a big responsibility for this. They need to show an ethical responsibility to do things which will make better places, but they aren’t doing it, by and large. Where they can get away with doing less, they are.

“Some are putting profit before anything else.”

He called on the government to promote higher-density development, instruct the Planning Inspectorate to recommended refusing poorly designed schemes on appeal, and require the highways authorities to take a broader view of their role in creating places.

Carmona added: “Research has consistently shown that high-quality design makes new residential developments more acceptable to local communities and delivers huge social, economic and environmental value to all, yet we are still failing in this regard across England.

“Planning authorities are under pressure to deliver new homes and are therefore prioritising numbers in the short-term over the long-term negative impacts of bad design. At the same time, housebuilders have little incentive to improve when their designs continue to pass through the planning system. Some highways authorities, meanwhile, do not even recognise their role in creating a sense of place for communities.”

However the Home Builders Federation, which was part of an advisory group set up to oversee the research, rejected its findings, saying the overwhelming majority of homebuyers were happy with their purchases and that many of the criticisms related to entire developments which were the responsibility of local authorities.

Carmona rejected any notion that the findings had been influenced by the sponsorship of the research by the CPRE, which is widely seen as anti-housebuilder. He said: “This is absolutely as rigorous or more rigorous than the work Cabe did. We used local researchers on the ground who knew their areas, so if anything it’s fairer.”

At a debate in November architects criticised volume housebuilders for the poor quality of their schemes, with Paul Karakusevic of Karakusevic Carson complaining that the “whole market is rigged in their favour”. The absence of architects from most of these developments meant they looked like they had been designed by spreadsheet, added Cany Ash of Ash Sakula. “The real politics surrounding housing is so strong that practices with imaginative thoughts have to be kept under lock and key,” she said.

Recommendations from the research

The government should be more prescriptive in seeking less sprawling densities, as more compact developments tend to be designed more sensitively. It should require highways design that helps to create high quality, characterful places.

Housebuilders need to drive greater ambition across the sector in order to advance a more ethical approach to the design of development that prioritises the long-term social wellbeing of their customers and the health of the environment at large.

Local authorities need to use proactive design codes – design parameters established for each site – and design review processes for all major housing schemes. Local authorities also need to end the current disconnect between highways design and planning aspirations when it comes to new housing areas.

Schemes which do not meet minimum requirements should be refused on design grounds and this should be supported, without question, by the government regardless of progress towards meeting housing targets in the area.

The audited schemes were chosen because they reflect the typical volume housebuilder product. The average size of schemes audited was 382 units (dwellings) and the average site size was 11 hectares.