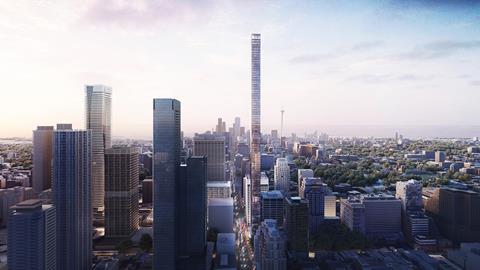 The building, designed with local practice Quadrangle and Urban Strategies, will contain 332 flats spread over 64 floors.

The first 16 floors will contain retail and office space, separated from the flats above by a storey of private amenities. A restaurant, sky lounge and rentable spaces occupy the top three floors.

The tower, for clients Kroonenberg Groep and ProWinko, will be built at the northwest corner of Bay and Bloor Streets, at the northern end of the city centre and in a shopping district known as Mink Mile. 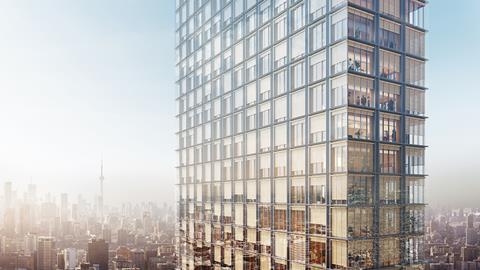 Apartments in the Toronto tower

Lesley Bamberger, the Dutch billionaire owner of Kroonenberg Groep, described it as a strategic site at the heart of a new cluster of buildings.

He added: “With a 3:1 ratio in the north-south orientation, a simple extrusion of the site footprint rises 87 storeys, resulting in an elegant, well-proportioned tower volume.

”A linear core at the western façade is proposed which maximises the usable area of the floorplate, the aspect over Bay Street to the east, and simultaneously provides privacy from any adjacent development to the west.” 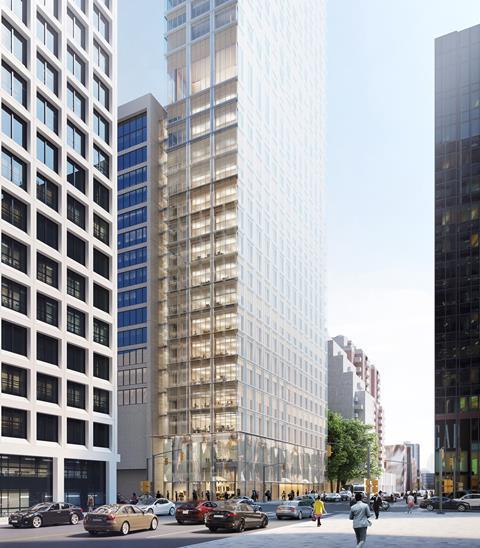