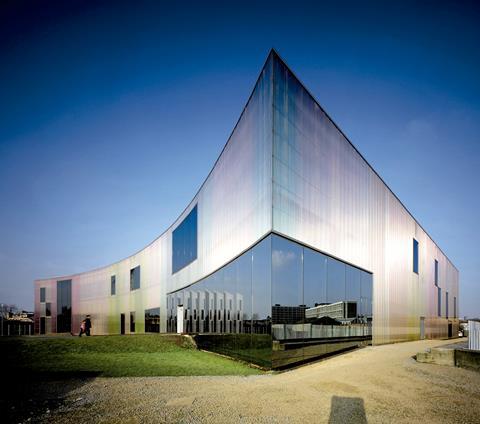 Campaign group the Twentieth Century Society last year applied to Historic England seeking grade-II* listing for the building at Deptford, which won the UK’s premier architecture prize in 2003, after concerns about a pipeline of high-rise development in the surrounding area.

It says that damage to the Laban Centre’s cladding, in the same storm that shredded part of the canopy of RSHP’s O2 Centre, means repairs will be necessary. The C20 Society wants Historic England to give its listing bid rapid consideration to ensure that any significant repair work is “suitably conservation-led”.

The centre, at Creekside, features semi-translucent glass and coloured polycarbonate cladding that allows traces of dance and movement to be visible through the walls. At night, the building illuminates the surrounding area with light and movement spilling out.

The interior is structured as an urban streetscape, designed to provide inspiring spaces which reflect the fluid movements of dance. 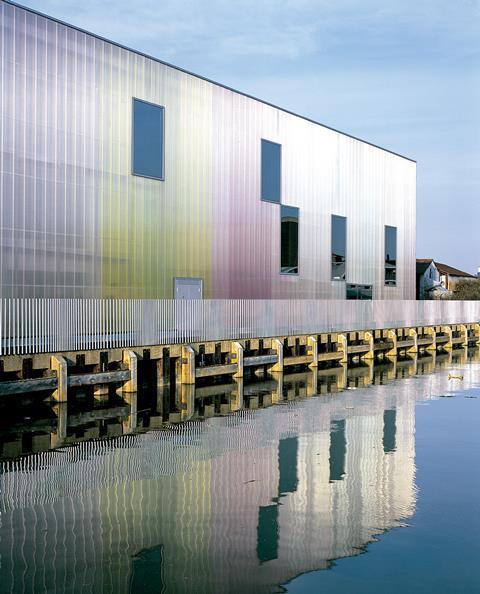 In addition to being home to the world’s largest contemporary-dance studio, the Laban Centre was Herzog & de Meuron’s first completed new-build project in the UK. It pre-dates the Tate Modern extension by more than a decade, although not the conversion of Giles Gilbert Scott’s Bankside Power Station into Tate Modern itself.

If the C20 Society’s listing bid is approved, the Laban Centre would become the youngest listed building in the country and the first 21st century project on the national register.

C20 Society caseworker Coco Whittaker said the centre was a “beautiful and intelligent” building with a “wonderfully mutable character” that responded to changes in its environment in a way that was reminiscent of impressionist of Claude Monet’s paintings.

“Its watery panels present various subtle colours as they reflect or omit light, concealing or revealing at different times of day the dancing taking place inside,” she said.

“In this way, its architecture is not static but fantastically performative. We hope that Historic England will agree that the Laban centre is clearly of Grade II* quality.” 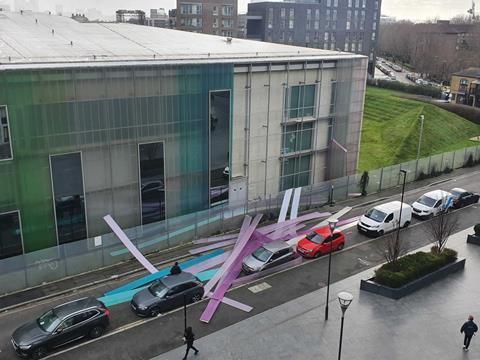 Damage caused to the Laban Centre by Storm Eunice in February

The C20 Society said planning permission granted to Galliard Homes and developer Kitewood’s Creekside Village East development in 2020 – with designs by Squire & Partners – had contributed to its decision to pursue a listing bid for the Laban Centre.

The scheme includes 393 homes in two blocks of up to 30 storeys, in addition to a five-storey extension to the Laban Centre, which will provide additional performance, rehearsal and studio space.