City centre scheme will be 10 storeys 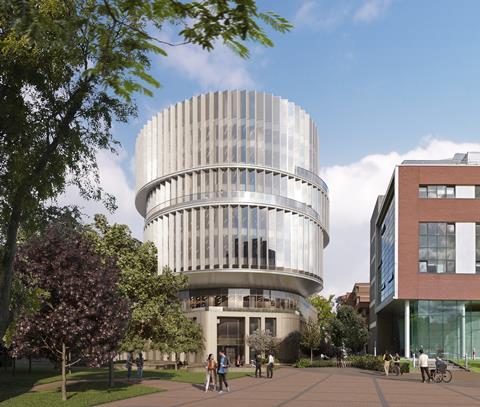 Plans by Aston university for a new 10-storey building at its campus in the middle of Birmingham have been given the green light by city planners.

Designed by Hawkins Brown the scheme will run across 12,000sq m and is designed to be a centrpiece building for the university.

The ground floor is set to be given over to civic uses including a cafe with the work also including a landscaped plaza.

The plinth above the ground floor is wrapped in a colonnade formed of pigmented precast concrete, with full height glazing. 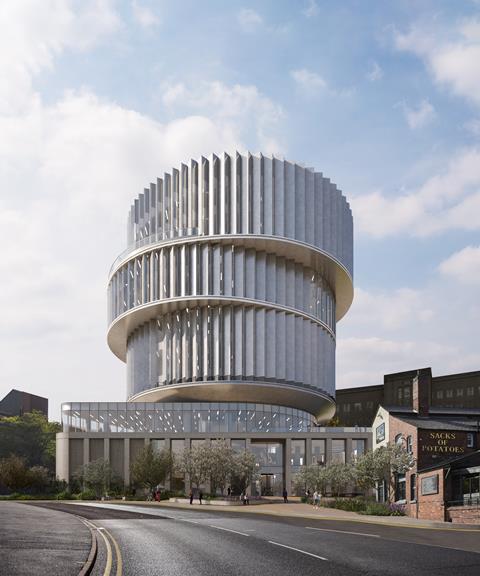 The drum-shaped upper floors will contain learning spaces and academic offices, giving the university flexible spaces for future adaptation, along with roof terraces where the floorplates shift.

Tom Noonan, a partner at Hawkins Brown, described this element as a “playful lantern”.

”This landmark building will serve as a dynamic new front door to Aston’s campus – an interface between the University and the wider city,” he said. 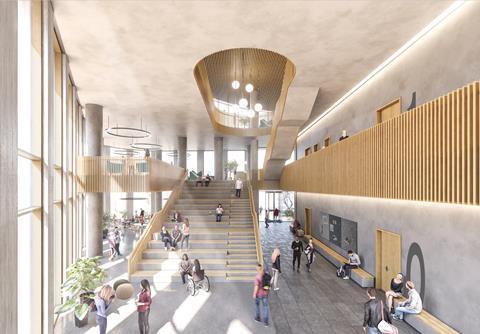