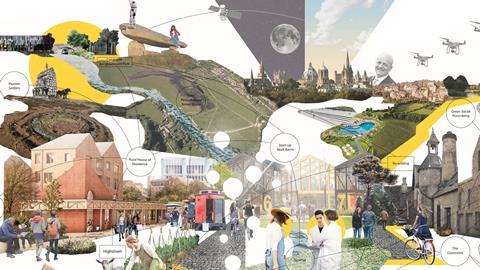 A Hawkins Brown-led team has been selected to work up masterplan proposals for the development of an “innovation district” with up to 2,000 homes at Oxford University’s Begbroke Science Park.

A total of 40 bids were submitted in response to the original competition call in November. Big names including OMA, Levitt Bernstein, SOM, AHMM, and Arup working with David Kohn and Adam Kahn were among those who did not progress to the next stage.

Hawkins Brown’s wining team includes RCKa; Dutch firms OKRA and Ooze; BuroHappold and C:Lab; and Murray Twohig. It is now tasked with working up plans for the innovation district on the 190ha site north of Oxford.

Anna Strongman, chief executive of Oxford University Development – which is a joint venture between the university and Legal & General Group – said the competition had found the “stellar team” required to respond to Oxford’s housing needs and deliver an exemplary place to live, work and foster innovation and enterprise. 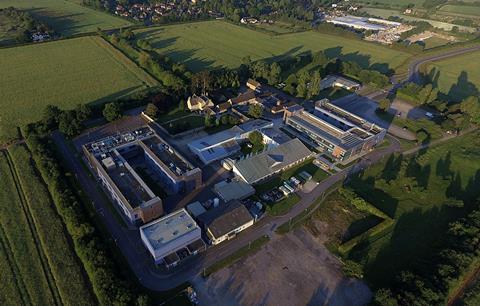 Darryl Chen, urban design lead at Hawkins Brown, said the Begbroke commission was a rare opportunity to set an agenda for a type of place that “doesn’t quite yet exist”.

“Begbroke will see new homes and space for science set within a semi-rural location driven by clients with a long-term outlook,” he said.

“We’re super-happy that Oxford University Development have selected our team of spicy talents to work with them.”

Oxford University Development said Hawkins Brown had demonstrated design flair through strong leadership, a collaborative approach and cross-sector expertise that resulted in a fresh approach to the new innovation district through the competition process.

It said the jury found the winning team had balanced the need for delivery, design, attention to phasing and the evolution of the place.

“The team offered a very strong response to the design challenge, proposed creative integration of different uses, as well as sensitive consideration of existing communities and those who will come to use the spaces,” it said.

Oxford University Development’s vision for Begbroke is to create a sustainably-designed new community with new schools, a public park and a nature reserve. It said the aim was to “attract the very best minds, while driving economic growth, improving transport connections, delivering benefits for local people, as well as enhancing the surrounding natural landscape”.

The competition was managed by Colander Associates and Turner & Townsend.