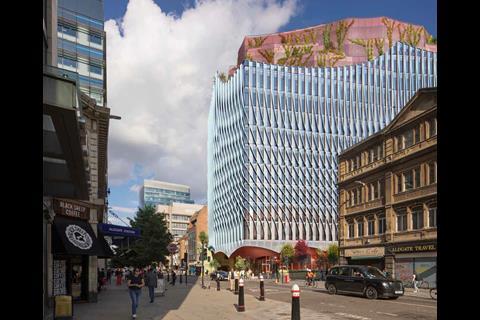 Acme Architects' revised proposals for 60 Aldgate, seen from the west 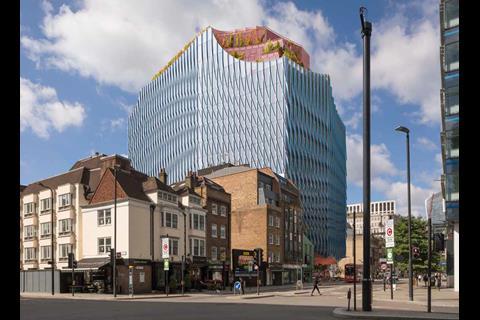 Acme Architects' revised proposals for 60 Aldgate, seen from the north-east 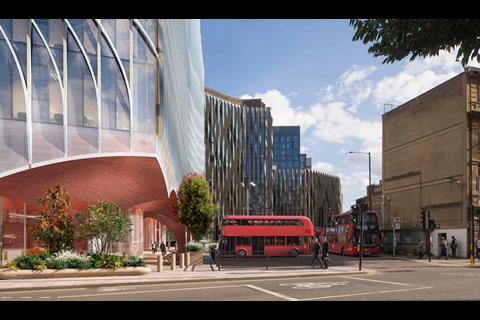 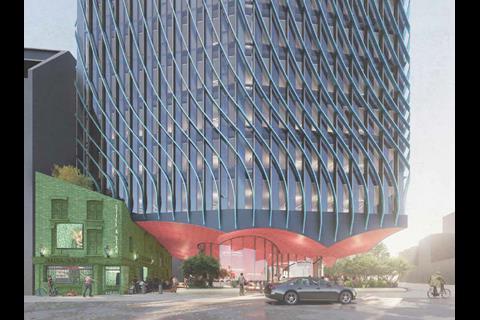 Acme Architects' revised 60 Aldgate proposals seen from the north, with the rebuilt Still & Star pub to the left. 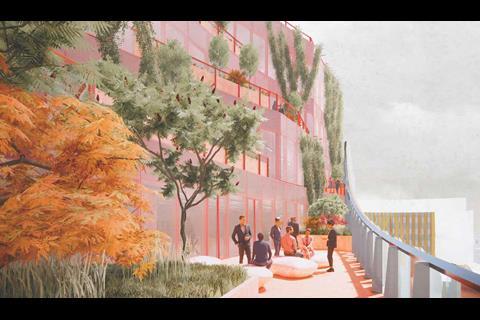 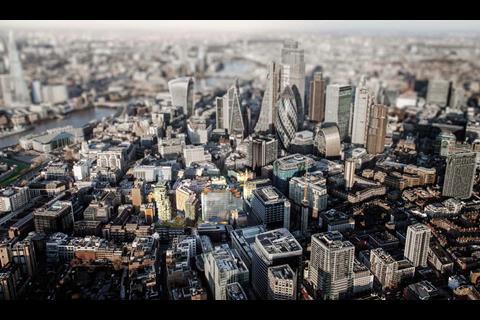 Acme Architects' latest 60 Aldgate proposals, seen at the lower centre of the image 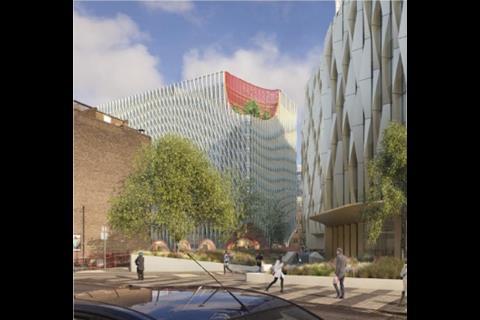 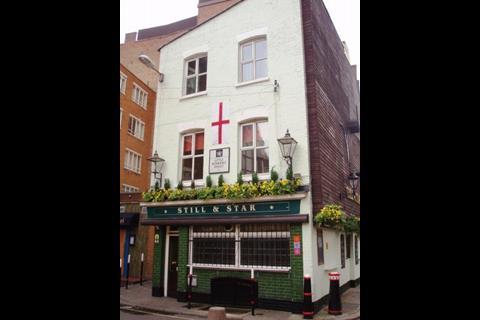 Acme’s plans to boost the size of an office block opposite Aldgate station have been given the green light by the City of London Corporation.

Members of the council’s planning and transportation committee backed the planning officer’s recommendation to approve the 16-storey scheme, voting 18 in favour and five against at a meeting yesterday morning. No objectors had registered to speak against the proposals at the meeting.

Acme had originally won a resolution to grant planning permission for its 60 Aldgate building in December 2020, but further revisions to the scheme are now set to deliver almost 5,000sq m of additional office space and four extra storeys.

The practice’s new proposals would deliver an 80m tall building with three basement levels and 16 storeys at ground level and above, including mezzanine and plant levels.

It will also require the demolition of the Square Mile’s last remaining “slum pub”, a private house granted a license to serve alcohol. The tiny Still & Star pub, first opened in 1820, will be replaced on the site with a larger copy described by one committee member as a “typical cavernous City pub for City workers”.

Antony Manchester said the pub represented an important part of the City’s working class heritage and the redesign was “not at all in keeping with the heritage of the slum pub we’re trying to protect”. 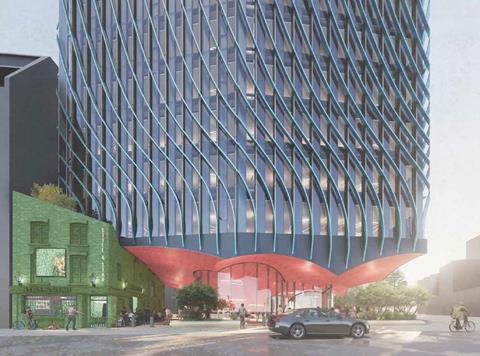 Acme Architects’ revised 60 Aldgate proposals seen from the north, with the rebuilt Still & Star pub to the left.

The 2020 scheme, for which planning permission was never finalised, comprised two basement levels, a ground floor and 12 upper storeys.

Deputy Susan Pearson, who voted against the plans, said: “This isn’t scope creep, this is scope absolutely striding forward. It seems to me that we had a reasonable size office… I see absolutely no reason for the additional height.” 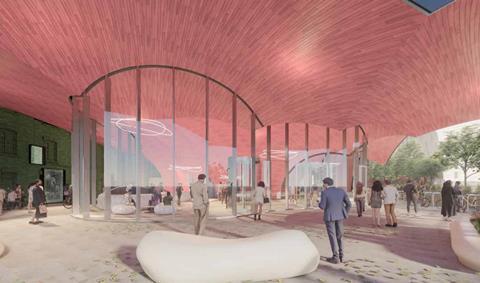 The application also includes “sinuously curved” terraces on its top four storeys and changes to its structural arrangements – principally switching to a “hanging” design to reduce the number of columns landing between underground tunnels beneath the site.

They said the proposal was a “high quality commercial led development that would have a positive impact on the Aldgate area” and deliver a scheme that was targeting a BREEAM “excellent” rating, rather than the earlier proposals’ “good” one. 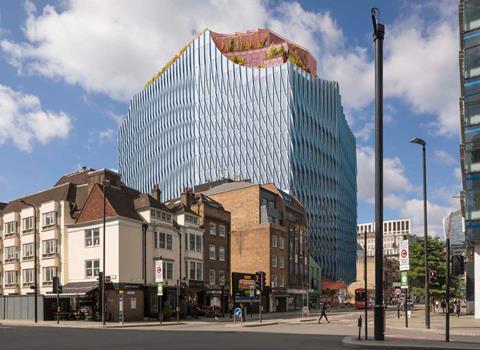 Acme Architects’ revised proposals for 60 Aldgate, seen from the north-east

“The revised scheme would achieve the regeneration of an underutilised site in a pivotal location off Aldgate High Street,” officers said.

“The proposal would deliver office space with logical floor plates, a new social and cultural facility for the City through the provision of a uniquely reimagined historic pub and an improved contribution to the townscape forming a bookend to the smaller Aldgate High Street frontages.

“The proposed quantum of office floorspace is welcomed and would contribute to the City’s role as a leading centre for business and employment in line with the London Plan and the Local Plan. The retail floorspace would enliven the area and would provide facilities for neighbouring communities. The pedestrian routes and public realm improvements would enhance the area.” 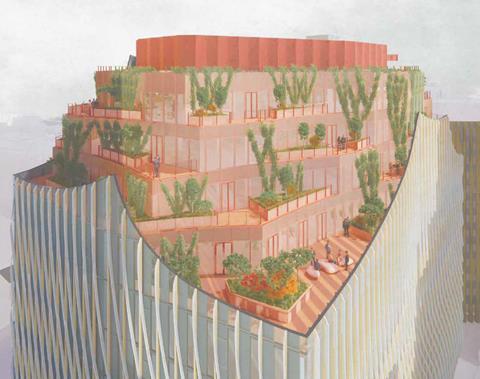 Officers said eight letters of objection had been received in relation to the proposals, including concerns about design, the loss of the Still & Star and the amount of embodied carbon the development would generate.

Tower Hamlets council also expressed concerns about the scheme’s impact on protected views of some capital landmarks that are covered by the London View Management Framework. 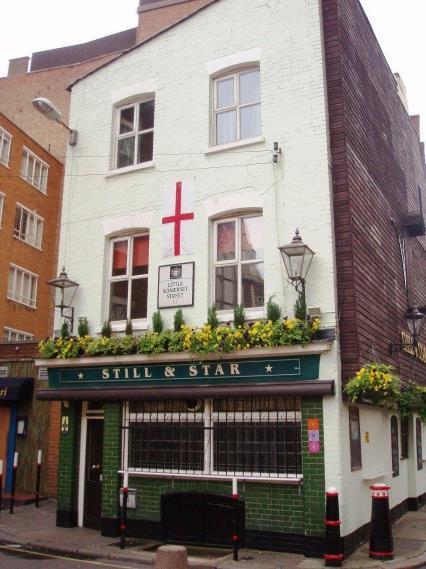