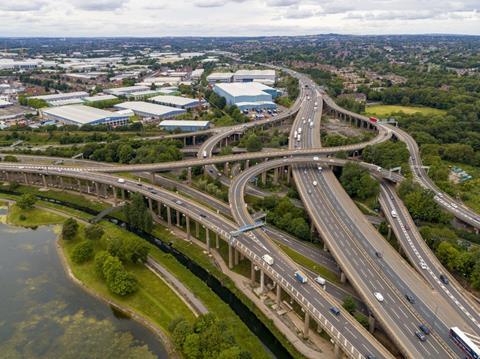 Glenn Howells Architects has completed the restoration of the original architects’ model of Birmingham’s landmark Spaghetti Junction to mark the 50th anniversary of the interchange’s opening.

The Birmingham-based practice’s in-house model shop was commissioned to carry out the work on the 1960s model by government agency National Highways, so that it can be taken to schools to encourage young people to consider careers in engineering.

Pierre Greenway, who his head of the model shop at Glenn Howells Architects, said the project had been a labour of love for the practice. 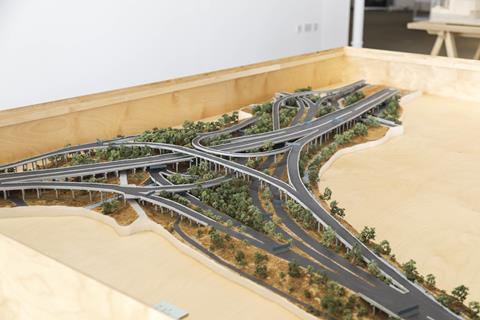 The original architects’ model of Spaghetti Junction, which has been refurbished by Glenn Howells Architects

“We didn’t want to change the model so much as you wouldn’t see the original any longer,” he said.

“We wanted the viewer to be able to see the original model while updating it to the modern day.

“The model shows the sheer scale of the structure and it’s wonderful to be able to play a part in restoring this piece of work for the future and encourage youngsters to think about the world of engineering and construction.”

In addition to “painstaking” repairs to the fabric of the model, work also included upgrading the piece with landscaping and greenery and enclosing it into a conference table.

Period map of the West Midlands motorway network, as it appears on the model

Properly known as the Gravelly Hill Interchange, Spaghetti Junction connects the M6 motorway with the A38 Aston Expressway into central Birmingham and the north-east bound A38 heading towards Lichfield and Derby. It also provides access to the motorway network from minor local roads.

The structure has a 12ha footprint and in addition to its traffic connections has to traverse three canals, two rivers and two railway lines.

It was designed by engineer Evan Owen Williams and construction began in 1968. It opened to traffic on 24 May, 1972.

Slip roads for the structure cover 2.5 miles alone, with the M6 counting for just half a mile. The junction contains more than 250 spans, crossbeams and expansion joints; more than 600 columns; and more than 3,000 bridge bearings.

It is used by 200,000 vehicles a day, almost three times the level of traffic originally anticipated. 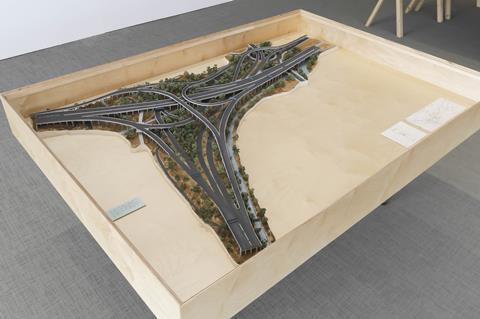