The gender pay gap at AHMM, Zaha Hadid and Hawkins Brown has widened in the year since firms were first required to publish their data.

AHMM’s median pay gap – the difference between the average hourly rate for female employees and their male counterparts – now stands at 16.7%, up from 12.3% last year. 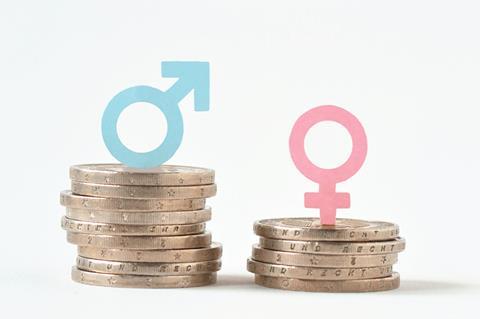 In a statement from its co-founder Peter Morris, AHMM notes that while it recognises “the need to invest in diverse talent across all areas of the practice”, there are still significantly more men in higher-paid roles – the proportion of women in the upper two pay quartiles has decreased since last year.

ZHA’s gender balance across the business shows that 42% of its workforce is female, but just a quarter of staff in the highest-paid quartile are women.

The firm says that since reporting its gender pay gap in 2018, it has introduced a raft of measures to assist women at the practice who are returning to work after parental leave, as well as a number of flexible and remote working practices.

Of the practices and firms required to publish pay gap data, the average pay gap widened by 0.1% to 16.8%, while the average bonus pay gap narrowed by nearly 10 percentage points to 21.25%.

Stride Treglown remains the practice with the highest gender pay gap at 22.8%, although its figure has narrowed from last year (28.7%).

Foster & Partners published its second set of figures in January, revealing a marginal improvement in its pay gap – 9.8%, down from 10.5% last year.

Women make up 20% of the company’s top-paid quartile, which is exactly the same as last year.

To coincide with this year’s deadline to report, RIBA has published guidance for practices on closing the gender pay gap.

The guidance, titled Close the Gap – Improving Gender Equality in Practice, outlines a number of best practice measures to encourage more diversity across the sector.

RIBA president Ben Derbyshire said: “There is no place for discrimination in our profession. Yet, almost 50 years after equal pay legislation came into force in the UK, significant instances of inequality remain. Change is long overdue and all of us – employers, employees and RIBA – have a vital role to play.

“Driving improvements in equality, diversity and inclusion – including closing the gender pay gap - is a top priority for RIBA. This guidance is a welcome step on the path to a more inclusive profession and I commend all those involved in its development.”

What is the gender pay gap?

The gender pay gap is the difference in the average hourly wage of all men and women across a workforce. It is not the same as unequal pay – paying men and women differently for the same or similar work – which has been illegal since 1970.

All businesses with more than 250 employees have a statutory obligation to publish specific gender pay gap data and bonus pay gap data, as well as the percentage of women employed in each pay quartile.

This is the second year in which firms are required to report figures; this year’s data is a snapshot of the gender pay gap on 5 April 2018.