A partner at Foster & Partners has been appointed to the Grenfell Tower inquiry by the prime minister.

Theresa May made the announcement today that two new specialists would join the panel.

Thouria Istephan, CDM manager at Foster & Partners, and Professor Nabeel Hamdi, an AA graduate described as an “accomplished academic with an international reputation in housing and participatory design and planning” will join the inquiry to guide phase 2 of its work.

The prime minister said: “I am confident these new appointments will ensure the inquiry panel has the diversity of skills and experience necessary for the scope and complexity of issues to be investigated by phase 2 of the inquiry’s work.

“This will help get to the truth of what happened, deliver justice and ensure that a tragedy like the fire in Grenfell Tower can never happen again.”

In November former RIBA president Paul Hyett was appointed to the panel. Hyett works in the London office of US practice HKS Architects as its UK sports director and is also a specialist in construction litigation and forensic investigation. 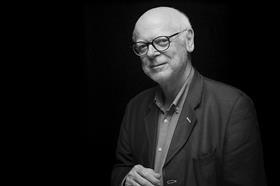 The Grenfell Inquiry website said: “He will be producing a report considering aspects of the architectural design in relation to the refurbishment of Grenfell Tower, including: the choice of materials; the development of the design; compliance with legislation and regulations; and the quality of the workmanship.”

He replaced John Priestley who was sacked after two days when it emerged he was not registered with the Arb.

Who are the new Grenfell Inquiry panel members?

Thouria Istephan is partner and Construction Design Management (CDM) Manager at Foster & Partners, with responsibility for the application of Construction (Design and Management) Regulations – strategically and operationally – as well as global health and safety compliance.

She is also the Technical Design Deputy of the practice’s Construction Review Group, advising on buildability.

Thouria worked for several UK architectural practices before joining the Health and Safety Executive (HSE) as an HM Inspector of Health and Safety, then acting as advisor on Construction (Design and Management) Regulations.

Thouria joined Foster & Partners in June 1997. She was made a partner in 2007 and Technical Design Deputy in 2015. Her knowledge and experience of safety standards and the regulatory environment has direct relevance to the issues to be considered by Phase 2 of the Inquiry’s work.

Nabeel Hamdi is currently Professor Emeritus of Housing and Urban Development at the School of Architecture, Oxford Brookes University. Nabeel qualified at the Architectural Association in London in 1968.

He worked for the Greater London Council between 1969 and 1978, where his award-winning housing projects established his reputation in participatory design and planning. From 1981 to 1990 he was Associate Professor of Housing at the Massachusetts Institute of Technology (MIT).

In 1997 Nabeel won the UN-Habitat Scroll of Honour for his work on Community Action Planning. He founded the Masters Course in Development Practice at Oxford Brookes University in 1992, which was awarded the Queen’s Anniversary Prize for Higher and Further Education in 2001.

Nabeel has consulted on housing, participatory action planning and upgrading of slums in cities to all major international development agencies, and to charities and NGOs worldwide.