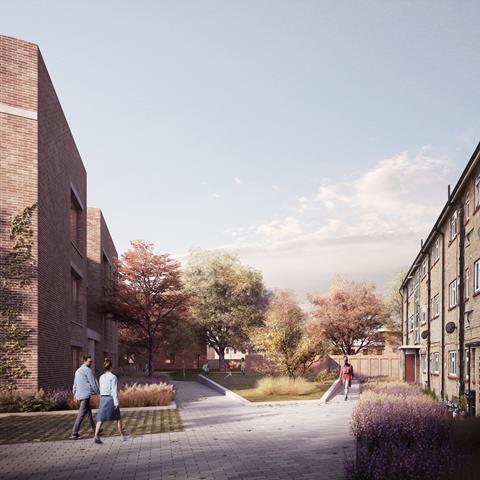 RCKa has submitted plans for 47 modular homes in north London designed using a system it developed itself.

The homes at Broadfields Estate in Edgware will be built using RCKa’s own “Common Home” system – a set of house types based on Structural Insulated Panels (SIPs), and specifically developed by the architect to minimise construction wastage, cost and unnecessary complexity in the design and construction of new homes.

RCKa claims its system, developed using BIM, enables a typical Common Home product, using local supply chains, to be designed and configured in a few weeks at a fraction of typical consultant fees.

The homes are built to Passivhaus equivalent air-tightness and use heat recovery for heating, instead of gas central heating, making them highly sustainable. 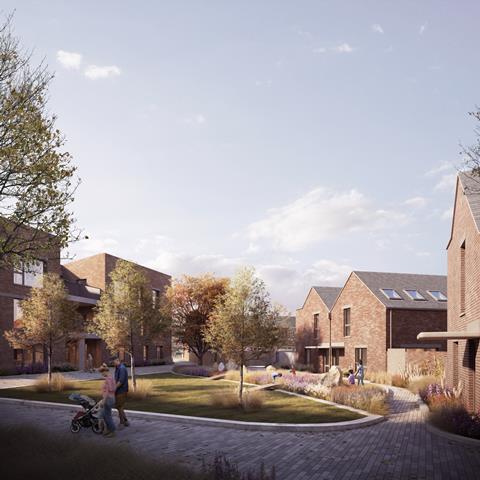 The Broadfields project is for Barnet Homes, the borough’s housing arm, and is scheduled for completion in 2023.

All the homes will be affordable. They will be placed at various points in the existing estate to densify the suburban landscape dating from waves of development from the 1930s to the 1970s, and will replace unused garages, dead ends and green spaces with no clear purpose.

The architect said the placing of the homes will aid route-finding and better define public spaces in the estate.

RCKa has set up the Common Homes product as its own company in partnership with backer Native Finance, aimed at providing affordable homes for local people. 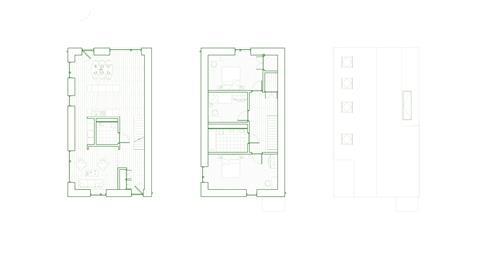 The architect said it had not yet determined the exact procurement method for the Barnet homes, but that it had deliberately designed the homes in such a way that the components can be provided by any number of suppliers, in order that it did not wed itself to any one proprietary offsite system.

In future schemes, it said, it anticipated that the Common Home business will be responsible for overseeing the manufacture and assembly of homes on site. 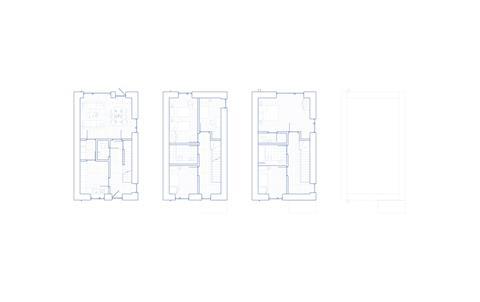 Russell Curtis of RCKa said: “This is exactly the kind of project that we should be building on suburban sites to increase density and intensify existing estates. Barnet Homes has shown that it cares about its existing communities and wants to use this project to improve the areas in which they live, using contemporary design and construction methods to build homes quickly and efficiently.”

Derek Rust, group director of growth & development at Barnet Homes, said he was excited about the partnership with RCKa, which offered the ability to create much-needed homes while delivering improvements to the estate environment, better local connectivity and enhanced green spaces for existing residents. 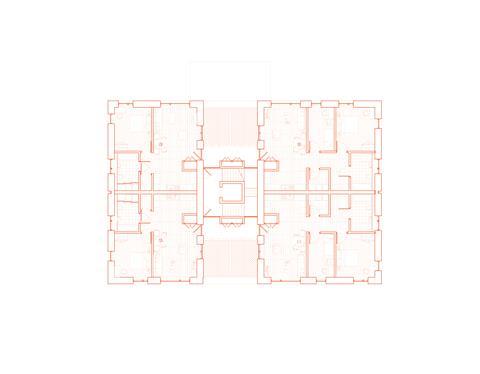