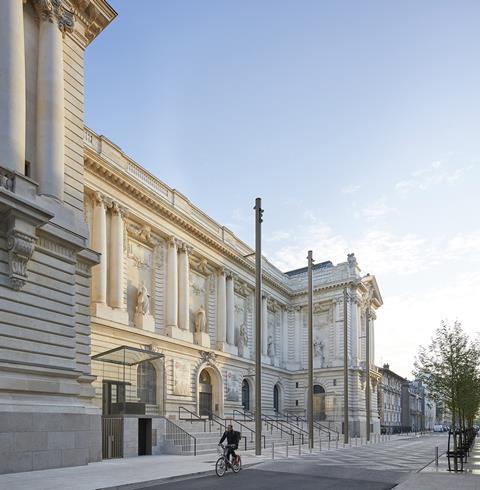 Not a single UK project has made it on to this year’s EU Mies van der Rohe Award shortlist for the best architecture in Europe.

And only one project by a British architect is among the 40 semi-finalists (see table below).

Stanton Williams’ Musee d’Arts de Nantes in France is the sole representative of British architecture on the shortlist in the year that Britain is due to leave the EU.

The awards were set up in 1988 to, among other things, “highlight the involvement of the European Union in supporting architecture as an important element that reflects both the diversity of European architectural expression and its role as a unifying element to define a common European culture” and “increase the incorporation of architectural professionals from the EU Member States and those countries that conclude an agreement with the EU”.

Seven of this year’s shortlisted buildings are in France, six are in Spain and four in Belgium. Albania, Serbia and Slovakia feature on the list of finalists for the first time.

Sauerbruch Hutton’s Berlin office makes the shortlist for its M9 Museum District in Venice. BIG, SelgasCano and 51N4E are among the other semi-finalists.

The longlist of 383 projects, published in December, contained 19 British projects.

Stanton Williams director Patrick Richard said: “It is a privilege to be the only UK practice with a project shortlisted for this prestigious award. This highlights the contribution UK architects make within Europe, and how important it is that we continue to have the ability to work across the European Union.”

Culture is the best-represented sector on the shortlist with 15 projects. There are six education buildings, five housing projects, three mixed-use, two industrial, two private houses and one project each from the categories of health, infrastructure, offices, social welfare, sport & leisure and urban planning.

The shortlist was chosen by a jury chaired by Danish architect Dorte Mandrup consisting of Frank McDonald, María Langarita, Kamiel Klaasse, Ștefan Ghenciulescu, Angelika Fitz and George Arbid. They met over three days in Barcelona to discuss the challenges faced by European contemporary society and its architecture, said Mandrup. 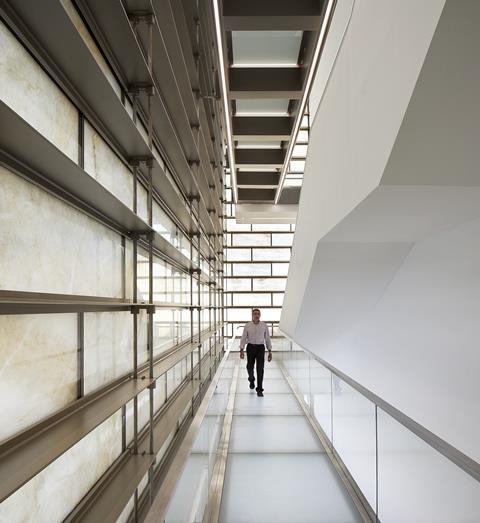 “Some of the topics that came up were the high number of works that tackle with existing constructions; the importance that collective housing continues to have throughout Europe; the need to plan and organise the territory; and the importance of culture as a programme but also the importance of architectural culture,” she added.

“Some of the quotes from the jury members that came up during the conversations include: ‘The 40 works highlight a new agenda that asks for new ways of thinking. Excellence and skilfulness are inherent in all of them, but this is not enough; it is necessary that they also make an impact and make architects themselves think differently about the profession.’

“And, ‘It is very refreshing to see how the architectural debate moves around Europe, changing its centre of discussion from one place to another over the years. This keeps architecture alive’.”

Five finalists will be announced on February 13 and the winner on May 7 at the Mies van der Rohe Pavilion in Barcelona.

A spokesman from the Fundació Mies van der Rohe denied there was any Brexit connection.

He said in an email to BD: “Brexit has had no influence at all in the jury decision. I myself discovered that there were no UK projects once the meetings were ending and, in fact, I am quite sure that many of the jury members are not aware of this at all. It is absolutely surprising, but this does not mean that the quality of British architecture is not upstanding. In fact, it is. It is just the result of three-day conversations and discussions which led the jury to a series of conclusions which in this occasion has not included any UK works.