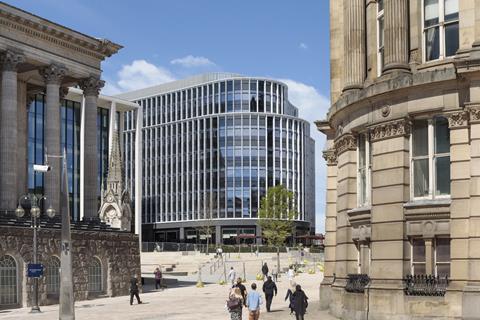 Eric Parry’s One Chamberlain Square scheme in Birmingham city centre and Associated Architects’ School of Architecture and the Built Environment at Wolverhampton University are both in the running for this year’s RIBA West Midlands Awards.

Parry’s mixed-use building was the first structure to complete in the Paradise Circus redevelopment by Argent and Hermes. It now houses big-four consultant PWC. Meanwhile, Associated handed over the keys to the £28m SoABE to the university in the summer of 2020.

The schemes are on a seven-strong shortlist that also includes an Acanthus Clews Architects learning centre at Worcester Cathedral, a University of Birmingham building by BDP and three houses. (See box for full details.)

RIBA West Midlands jury chair Shauna Bradley, an associate at Glenn Howells Architects, said the “incredible variety” of shortlisted projects was testament to the high standard of new architecture in the region. 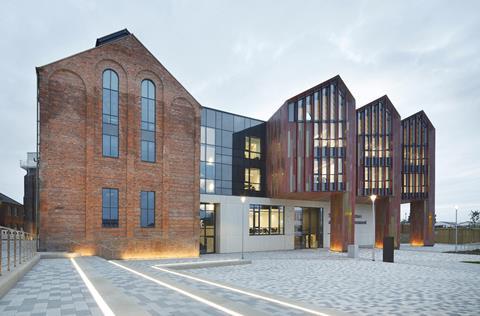 Associated Architects’ School of Architecture and the Built Environment, designed for Wolverhampton University

“They demonstrate the vision and ability of the West Midlands to respond to today’s challenges, while respecting the ingenuity of the past,” she said.

So far RIBA has revealed the 22-strong shortlist for this year’s East of England Awards; 12 candidates for the South West Awards; and five projects each for the Yorkshire and North East regions.

Winners are due to be announced in the spring. 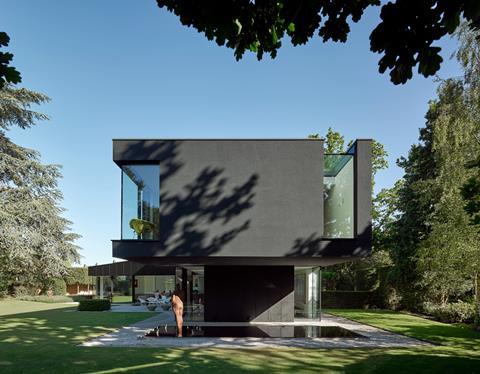 Meanwhile, other regions have also announced their shortlists:

The shortlisted buildings are: