England lags behind other countries, including Scotland and Wales, in implementing base-line regulatory standards to ensure the safety of buildings, the RIBA has told ministers.

The institute warned that parts of the government’s proposals for reform need heavy revision if they are not to add to the state of confusion or lead to conflicts of interest. 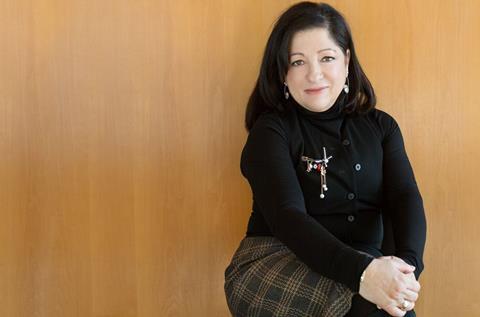 The RIBA yesterday issued a detailed 42-page response to the government’s Building a Safer Future report, which ministers issued in response to the Hackitt Review and the Grenfell fire which killed 72.

Jane Duncan, chair of the RIBA’s expert advisory group on fire safety, said: “Although a step in the right direction, the government’s proposals do not go far enough to protect the public and more work is needed, particularly to more clearly define the statutory duties of all involved in the industry.

“There have been many failings in England’s building safety regulations, exposed by the Grenfell tragedy two years ago, but we hope the government will act on their commitment post-Grenfell to ensure residents are safe, and feel safe, in their homes.”

Among the RIBA’s demands are that the government:

• Widens the scope of the new regulatory system to apply to other higher risk non-residential buildings.

• Makes significant changes to the responsibilities for all legally responsible “dutyholders”. It said it was essential that the definitions of dutyholders be based on Construction (Design and Management) regulations. It said the duties currently proposed are not clearly defined and are unworkable, particularly on design and build projects.

• Ensures all technical guidance issued to industry is improved by the new Building Safety Regulator. This should include setting baseline prescriptive requirements for fire safety and reviewing all relevant British Standards guidance, particularly documents relevant to fire safety in the design, management and use of buildings.

The institute welcomed the idea that the principles of CDM should be used to determine the key dutyholders and define their responsibilities. But it said that rather than creating a parallel piece of legislation solely for high-rise flats – which it said could cause confusion – CDM should simply be expanded.

“Extending CDM Regulations 2015 will ensure deepest possible change in culture in the industry as proven by CDM and would leave no construction project without these necessary duties,” it said in its response paper. “An approach whereby two (or more) pieces of legislation are in force with the same (named) dutyholder roles may cause further confusion in the industry and to those directly affected by the works.

“The RIBA would welcome the opportunity to work with MHCLG to help set appropriate duties for all dutyholders that enable [them] to carry out their roles effectively, particularly on design and build projects, with the appropriate levels of contractual power and statutory responsibility.”

It also pointed out: “If the ministry intends for site inspection to take place, independent of the principal contractor, on all projects in scope of the Building Safety Regulator, then new duties for independent site inspectors will be required.

“This is due to the conflict of the principal contractor and principal designer being the same organisation or under the same contract in design and build projects.”

The institute is also arguing that dutyholders should not be named individuals. It said: “The RIBA recommends that dutyholders should be legal entities and that liabilities are placed with all directors or partners, rather than one named individual, to ensure corporate responsibility. The entity, as a whole, should be accountable in discharging their duties and having a responsibility for building safety.”

The RIBA’s response to the government consultation, Building a Safer Future, is here.