Education must change if we are to remain relevant, says new RIBA president

Architectural education needs to change so graduates have the skills they need to remain relevant in a post-Hackitt world, the new president of the RIBA has warned.

Alan Jones described the profession as being at a T-junction, with one road leading to further marginalisation but the other containing opportunities to be grasped. 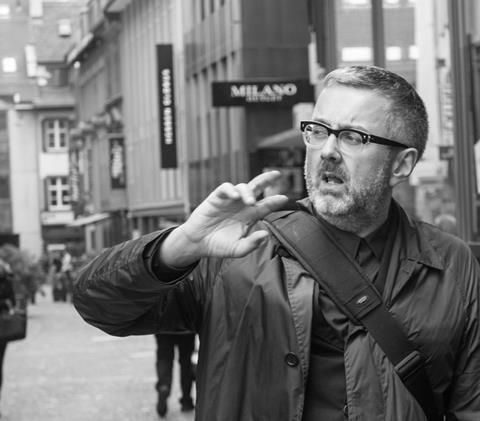 In an interview with BD he said the decision was a “no-brainer” but that there were implications for education and practice.

Course curricula must change and the qualifications of academic staff would need to come under the scrutiny of the Arb if the rising generation is to be ready for the competence requirements and principal designer and dutyholder roles set to be ushered in by the Hackitt Review.

Jones, who took over from Ben Derbyshire last week, promised to push the government to crack on with the Arb’s review of routes to registration, which has been held up by Whitehall’s preoccupation with Brexit.

Students were eager to learn so they could “deliver the world they want to make”. But courses must focus “more strongly on the knowledge, skills and behaviours necessary for our future architects to be ethical, relevant and professional”, added Jones, a professor at Queen’s University Belfast.

A third of architecture school should be about professional skills.

“A third of [time at] architecture school should be about professional skills. That sounds drastic but you can overlay that on other areas of the curriculum like history and theory.”

Some schools – and some practices – are more prepared than others for the post-Hackitt landscape, he said. BD’s technical columnist, PRP partner Andrew Mellor, has described these changes as the biggest the construction industry has faced in decades.

“We need to be able to lead on these issues,” said Jones. “We will be expected to be more knowledgeable, competent and expert, more responsible, more ethical – but it cannot be just in words and sentiments.”

Architects need to step up to the plate, learn new skills and be prepared to manage risk if they are to be regarded as “the safe pair of hands”, he said in his inaugural presidential speech.

I realise the UK government is preoccupied with Brexit – which has, to my great regret, delayed a comprehensive review of the routes to becoming an architect. When (as opposed to if) Brexit clears I will press government to focus on architects’ education – both initial and lifelong.

I will press government to allow Arb, with the RIBA as the primary stakeholder, to start and conclude the review of routes to registration, to firmly define the core of what a contemporary architect is – and on delivery of that to allow greater diversity of complementary, additional specialisms.

I will also press for new criteria for studying architecture, that will focus more strongly on the knowledge skills and behaviours necessary for our future architects to be ethical, relevant and professional.