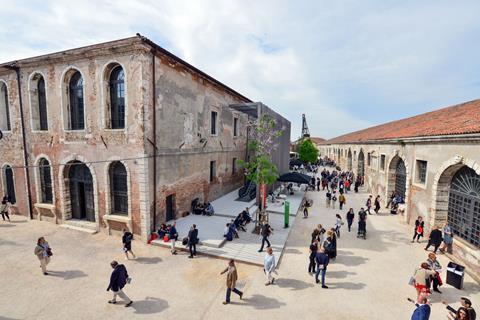 Visitors at a previous biennale

The organisers of the Venice Architecture Biennale have postponed the start of this year’s event by three months.

An international forum organised by the Norman Foster Foundation has also been cancelled, it was announced last night.

The news follows hot on the heels of the decision to reschedule Mipim, which was attended by more than 6,000 UK delegates last year, to June.

Biennale organisers blamed the uncertainty cast by coronavirus over international travel and large public gatherings over the next few weeks. This would have coincided with the crucial set-up phase of the event which attracts 130,000 visitors each year.

Participants from 60 countries were due to descend on Venice shortly to begin setting up their work in both the main exhibition and the numerous national pavilions.

Curator Hashim Sarkis said he was unwilling to open an incomplete exhibition so organisers took the decision to postpone the opening.

Sarkis said a shorter postponement could be ineffective, “considering the complexity of the organisational machine, the number and importance of the subjects involved and the probable absence of many of them”.

The decision is likely to leave hundreds of architects and practices out of pocket or facing insurance claims as many - especially the many participants - will have already booked travel and accommodation.

The biennale will now open the week before the International Film Festival which could put pressure on the city’s ability to accommodate so many visitors at once. But organisers insisted: “With the almost concurrent opening of these two historic exhibitions, La Biennale will offer Venice and the world a moment of great cultural interest and international appeal.”

Organisers issued a statement describing the decision as a consequence of the “recent precautionary measures in the matter of mobility taken by the governments of a growing number of countries around the world, which will have a domino effect on the movement of people and works in coming weeks.

“This period of time coincides with the delicate initial phase of setting up an international exhibition as complex as the Biennale Architettura, which involves architects and institutions from over 60 countries on all continents.

“This situation poses a risk to the realisation of the exhibition in its entirety in time for the announced opening date, thereby jeopardising its quality.” 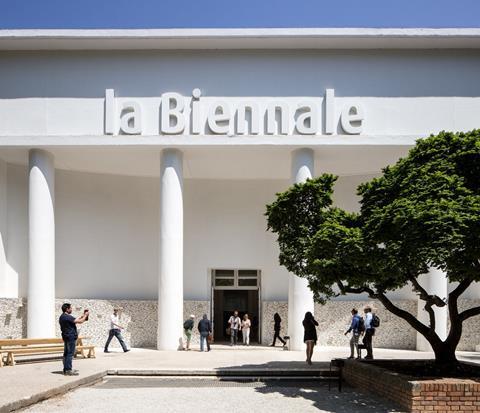 Only yesterday the curators of the British Pavilion, Manijeh Verghese and Madeleine Kessler, announced their collaborators.

The Norman Foster Foundation announced “with much regret” it was cancelling this year’s Forum: Future is Now, which was due to be held in Madrid this summer.

It issued a statement saying: “Our board of trustees has reluctantly come to this conclusion in the light of the continuing spread of the coronavirus and in particular its implications on international travel.”

Previous forums have involved speakers from all over the world including former Apple design guru Jonathan Ive, the FT’s Gillian Tett and artists Cornelia Parker and Olafur Elliason.