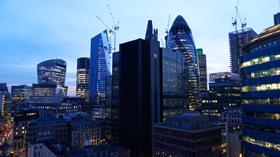 Architects across the capital have become increasingly despondent about their pipeline of future work, with a lack of clarity around Brexit once again blamed for uncertainty in the marketplace.

According to the latest RIBA Future Trends survey, sentiment among London practices slumped into negative territory from a score of 0 in March to -7 last month.

Adrian Malleson, RIBA head of economic research and analysis, said: “The tone remains one of frustration as the ongoing and indeterminate Brexit debate maintains high levels of uncertainty within the architectural community, as well as the wider construction industry.”

In April, the UK’s overall workload index remained steady at +5, consistent with the results from the previous month.