The Building Research Establishment (BRE) was warned four years before the Grenfell Tower fire that Kingspan had been misusing a fire test to sell an insulation product for high-rise buildings, the inquiry has heard.

The email appeared to alert Howard to the use of Kingspan’s K15 Kooltherm insulation on a wide variety of external wall systems not covered by the 2005 BS 8414 fire test that was being used to market the product.

Despite the warning, Howard did not take any action internally with the BRE on Kingspan’s use of the insulation as he said Roper had not provided further information of how the product was being misused. 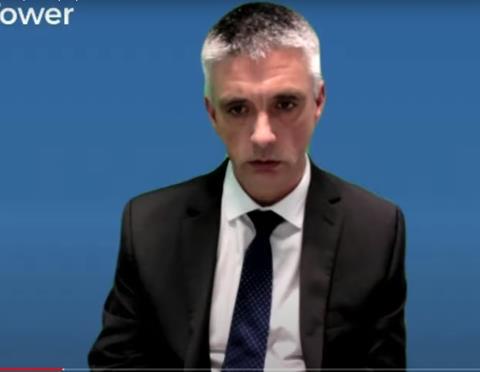 Kingspan’s K15 insulation was later found to be included in the cladding system used on the refurbishment of Grenfell Tower, which has been blamed for contributing to the disastrous fire which killed 72 people in June 2017.

The inquiry has already heard that Celotex, one of Kingspan’s competitors in the insulation market, had at the time been trying to bring a new insulation product to market which could be used in a wide variety of applications.

Roper had emailed Howard asking if a successful test of a Celotex product could be used to cover cladding systems that were different to what had been tested, appearing to give the example of Kingspan’s K15.

Roper said in the email: “The example I can give is for one of our main competitors who produce both PIR & phenolic insulation, they have successfully tested a product to BS 8414−1 on to a masonry wall using merely a [cementitious] board as the outer face.

“Not only does this not cover the majority of the market in which they are used but the [cementitious] board doesn’t actually represent a drained back and ventilated rainscreen system.

“However, we are aware that this product is used in buildings above 18m using a wide variety of constructions, some on to masonry, some on to steel frame with ACM panel cladding, terracotta etc.

“We are [surprised] that they feel confident enough to allow their product to be used in buildings their fire test doesn’t cover, unless they have a report to say other.”

Howard responded: “If we have issued a test report on a system then the onus is on the building owner and building control to ensure that the system being installed is covered by a test report.

“I am not sure that I have much more to add.”

Counsel to the inquiry Richard Millett asked Howard: “My first question is this: Did you understand Mr Roper in that correspondence to be referring to Kingspan and their 2005 test?”

Howard had replied to Roper’s email asking for examples - but said there was no response from Roper to this question in the email chain.

Millett asked Howard: “Did you take any action at all internally within the BRE in response to Mr Roper’s concerns?”

Howard replied: “No, the trigger would have been more information from Mr Roper,” adding that this would be needed to go to Trading Standards to support a complaint.

The inquiry has already heard that the 2005 test for Kingspan’s K15 insulation had actually tested a chemically different version of the product dubbed “old technology”.

The test report was then used to sell a “new technology” version of the product on the high-rise market in a wide range of cladding systems, and was only withdrawn from the market in October last year after Kingspan admitted that it was “now of the view” that the product for sale was different to what had been tested.

On Wednesday, the inquiry heard how flames on a 2005 test of K15 had shot up the test rig twice as fast as officially reported by the BRE.

Due to a typo in a BRE document, it was stated that flames in the test took 10 minutes to climb four metres up the K15 rig. It actually took five minutes.

The error occurred after data was been taken from the wrong column in notes of the test, with the original correct timing only logged in the test’s original hand-written notes.

The mistaken value was then repeated through all of the test data from that point onward.

BRE cladding test supervisor Phil Clark told the hearing that the error “should have been corrected,” adding that he had only become aware of the mistake during the course of the inquiry last year.

The first phase of the inquiry into the Grenfell Tower fire found that the insulation included in the building’s cladding system ”more likely than not” contributed to the spread of flames up the side of the tower.