Plans to fully decant the Palace of Westminster to allow for the restoration and renewal of the Houses of Parliament have been given the go-ahead by a long-awaited review into the multi-billion-pound programme.

Work by firms including BDP to design the complex restoration will now continue but with a “renewed focus” on minimising costs and timescales, including cheaper and shorter decant options.

It added that keeping peers and MPs on site while work is carried out will cost billions more and take decades longer.

But it said starting work from the river side of the building could allow both the Lords and Commons to remain in-situ for the time being which could reduce any period of inoccupation, although it admitted construction works on the river frontage may make some rooms uninhabitable due to noise and cited the refurbishment of the Royal Festival Hall 15 years ago where some works had to be rescheduled to the night after the noise “became intolerable to front-of-house operations and office-based staff”. 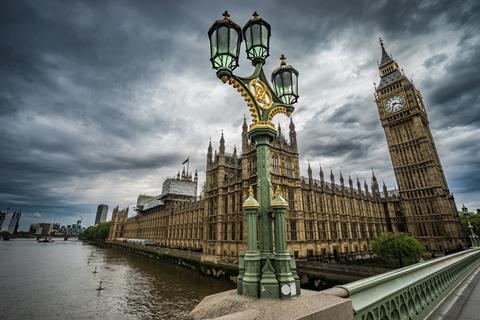 The review by the project’s sponsor board found that the grade I-listed building is falling apart faster than it can be fixed, with the cost of maintenance projects and ongoing works recently doubling in just three years to £127m a year in 2018/9.

It advised the government that it was therefore “imperative” to push ahead with the plans.

No official figure has been put on the cost of the work but earlier this year Public Accounts Committee chair Meg Hillier told Building Design that she expected it to be at least £12bn.

But today's report said the restoration team will now develop a detailed proposal that will finally show estimated costs and designs.

This work will include more than 100 investigative surveys, with specialist teams spending thousands of hours analysing the building, including the 1,100 rooms and more than 3,000 windows.

The 85-page report, which was originally due to be published last autumn, made seven key recommendations including that Richmond House and the QEII conference centre be used as the temporary homes for MPs and peers respectively.

Despite this, there are still doubts over whether AHMM’s plans, submitted in 2019, to redevelop the grade II*-listed former Department of Health headquarters into a temporary Commons debating chamber and offices, will be delivered in full with worries centring on costs. Lendlease and Mace have already been brought in as contractor and project manager respectively.

The review said it should continue to be pursued as the decant solution for the House of Commons but told the delivery team to “explore the optimum use of Richmond House as a temporary location for the House of Commons, taking into account the wider works planned on the Northern Estate and the work on estate-wide masterplanning”. AHMM's proposals involve demolition of most of William Whitfield's listed 1986 building on Whitehall, to the fury of conservationists. They used rival architects to come up with alternative proposals, but these were dismissed by Parliamentary authorities.

>> From the archve: BDP’s £500m Northern Estate programme shut down

The report does acknowledge that one of these proposals - Mark Hines Architects' scheme for Save Britain's Heritage to place the chamber in the building's courtyard and convert the existing space into grade A offices - would be cheaper.

But it added: “While this looks promising on the surface, the compromises involved are very significant. A compromised chamber with a sub-standard solution on division lobbies, no committee rooms within the secure perimeter...Given the level to which facilities are compromised, it is unlikely that that this scheme is actually viable in terms of ensuring Parliament can continue to carry out its core functions.”

Some 12% of submissions to the review suggested less intrusive solutions should be considered in the light of changes to ways of working caused by the covid-19 pandemic.

But the review declared AHMM's proposal "more beneficial" than most, in part because of its "long-term legacy" of consolidating office accommodation behind the secure perimeter.

The report went on to say that with the Northern Estate Programme, which includes overhauling a series of listed buildings including Norman Shaw South and North and which was closed last November, there was a “real potential for escalation of costs” if both houses moved out to the estate making “initially attractive cost savings” redundant. It added: “This option should not be pursued further.”

But it said the Northern Estate, including Richmond House, would be able to “meet Parliament’s operational needs and provide value for money without [an] unnecessary call on public funds”.

The programme has also announced a major apprentice loan scheme for small and medium construction and heritage businesses working on the project. Around 160 apprentices, including engineers, designers, stonemasons and carpenters, will be employed by the organisations overseeing and delivering the restoration.

Mace, Lendlease, Wates, BDP and AHMM have all been contacted for comment.

Recommendation 1: The proposed essential objectives are, once agreed, adopted as the core minimum measures for the programme, to inform a “do minimum” option in the outline business case, supplemented with stretch objectives that offer greater ambition and a “do maximum” option in line with the current themes, goals and strategic steers.

Recommendation 2: Even a ‘do minimum’ scope of R&R will require a period when the Palace is not occupied. The programme should fully explore a phased approach with, at its heart, a focus on minimising the period of fully vacating the Palace.

Recommendation 3: All necessary surveys to understand the condition of the Palace should take place as soon as possible (optimising the use of recesses and non-sitting hours where possible) to ensure that the right decisions can be taken quickly and enable an immediate start to works when final decisions on the scope of works are taken.

Recommendation 4: The phased approach to delivery may require shorter-term facilities to enable temporary moves to facilitate works. Scheme development needs to consider locations for both short-term moves and the period of main decant, and be closely aligned to emerging masterplanning for the whole Parliamentary Estate.

Recommendation 6: Work on the (separate) outline business case for use of the QEII Conference Centre as a decant solution for the House of Lords should continue. The business case options should be re-baselined to a ‘do minimum’ starting point, enabling options to be developed upwards to identify the optimal blend of value for money and functionality

Recommendation 7: To ensure the successful delivery of the programme, governance arrangements are required that balance the need for streamlined and agile decision making while respecting the legitimate interests of Parliamentary stakeholders in making such decisions.