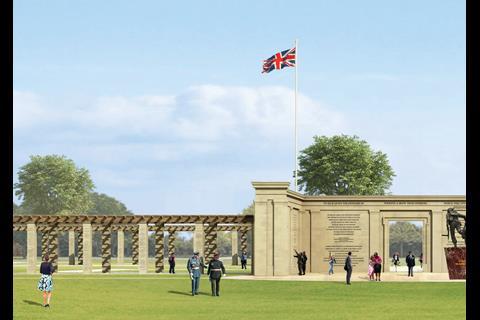 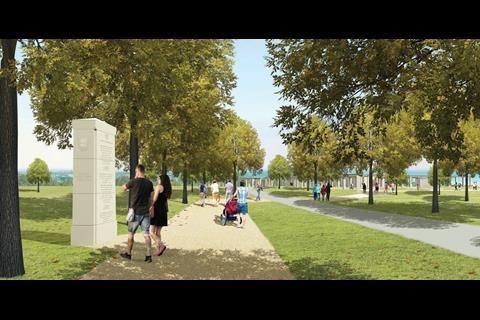 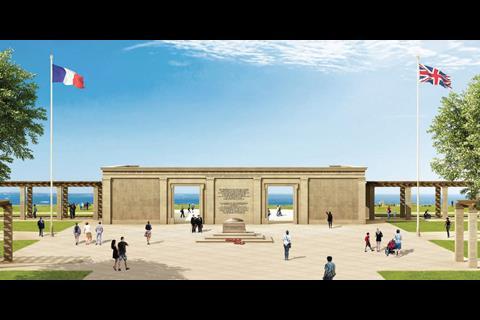 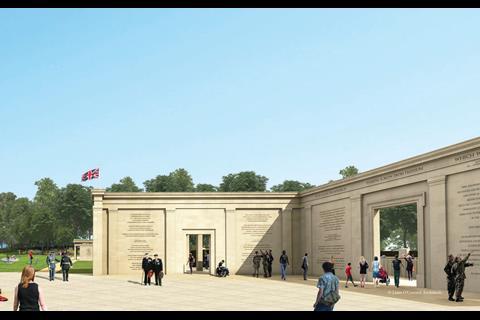 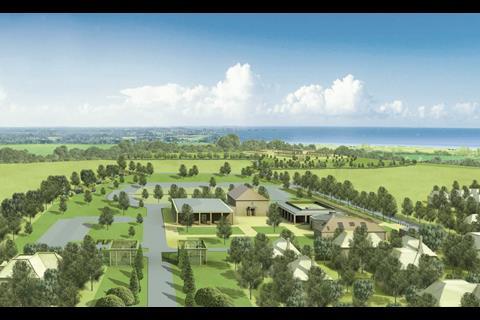 Proposals for the education centre at the British Normandy Memorial 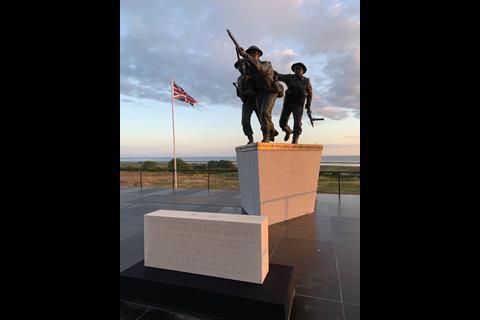 Architect Liam O’Connor has welcomed a surprise funding boost from the chancellor that will help push his D-Day memorial in Normandy closer to the finish line.

In yesterday’s spending review Sajid Javid committed up to £7m of new government cash to deliver the memorial to the British forces who lost their lives in the landings in June 1944.

The project, on a hill above one of the beaches near Ver-sur-Mer, has received significant government backing already when in 2017 the then-prime minister Theresa May and chancellor Philip Hammond allocated it £20m of Libor funding from fines levied on the banking industry.

At the time they said they hoped the memorial would be completed by this year’s 75th anniversary of D-Day but that proved too ambitious. In June, Mrs May and French president Emmanuel Macron inaugurated a sculpture by David Williams-Ellis which will eventually become the centrepiece of the wider memorial, groundwork for which only began this year after planning was secured in April.

O’Connor told BD that the scale of the project – which covers 24ha and requires around 3,000 tonnes of Burgundian limestone that has been sourced from three different quarries – may not have been appreciated by the government at the time of the 2017 funding allocation.

The Normandy Memorial Trust subsequently said further funding was needed to “bring the memorial to the standard which the trust believes is appropriate to the commemoration of one of the most momentous events in recent European history”. The trust, which has collected hundreds of thousands of pounds in donations for the memorial, was unable to confirm the project budget. 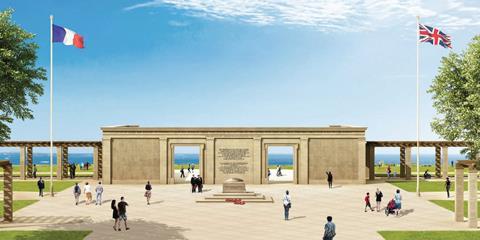 O’Connor said securing the land required for the memorial, obtaining planning consent and ensuring the materials for the memorial would be sufficiently durable for the often-harsh coastal weather conditions had been a significant task.

But he said that a great deal of planning had been done ahead of the start of on-site work and yesterday’s funding boost would allow additional elements of the scheme’s first phase to be brought forward.

“It’s an unexpected but hugely welcome move that will allow a number of the unfunded components of the main part of the project to progress by being included in the current construction programme,” he said. 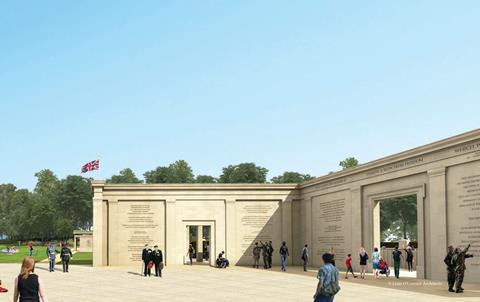 O’Connor added that the British Normandy Memorial would have a broader visitor offer than other national D-Day memorials, and would also include works commemorating French civilians who died in the Battle of Normandy.

Trust chairman Peter Ricketts, former British Ambassador to France, said he was delighted with the extra cash for the project announced by Javid.

“This is wonderful news for all the veterans who have made the case so passionately for a memorial,” he said.

“The trust is now well placed to complete the memorial to the highest standard and we pledge to do so.”

Ricketts said the next phase of the project would deliver an educational centre for the site, for which donations were still required. 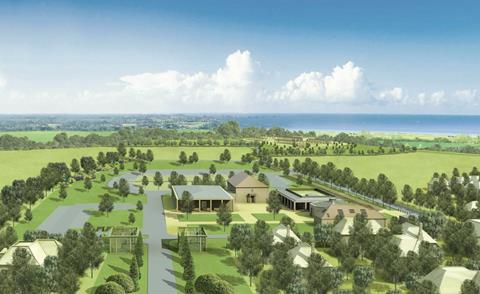 Proposals for the education centre at the British Normandy Memorial

“This will be focused on an educational centre to ensure that the example of those who gave their lives for freedom in the battles of 1944 will never be forgotten,” he said.

The Normandy memorial, which will surround the sculpture by David Williams-Ellis, will also bear the names of 22,000-plus members of the British armed forces, servicemen from other nations who fought directly alongside them and members of the Merchant Navy who lost their lives in the landings and the wider Normandy campaign.

The first phase of the project is due to complete next summer. French firm Eiffage is main contractor. 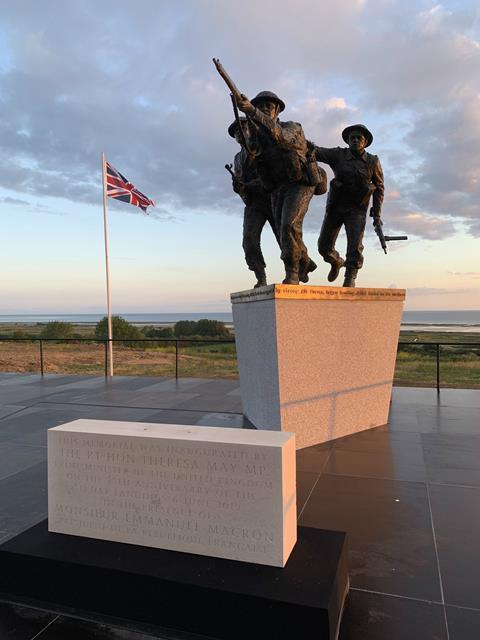 David Williams-Ellis’ D-Day sculpture, inaugurated by Theresa May and French president Emmanuel Macron in June as part of this year’s 75th anniversary commemorations