Proposals for 55 Bishopsgate being developed by Schroders and Stanhope 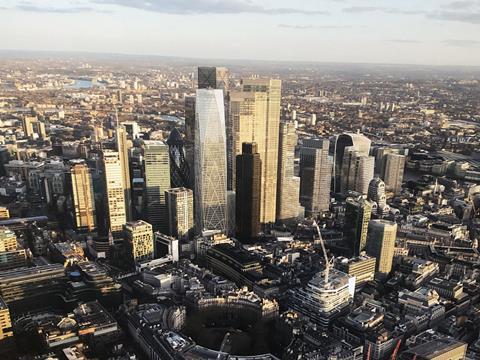 Arney Fender Katsalidis’ long-awaited plans for a new tower at 55 Bishopsgate in the City of London have been given their first public airing.

The 58-storey scheme is being masterminded by funder Schroders, which bought the site at the start of 2016, and development manager Stanhope. A public consultation on the proposal is due to wrap up at the end of the month.

It is understood the scheme, which has been on the drawing board for a couple of years, will be sent in to City of London planners in September.

It is understood the 55 Bishopsgate team has had discussions with several potential partners about the space on the upper levels of the tower but no agreement has been reached yet. 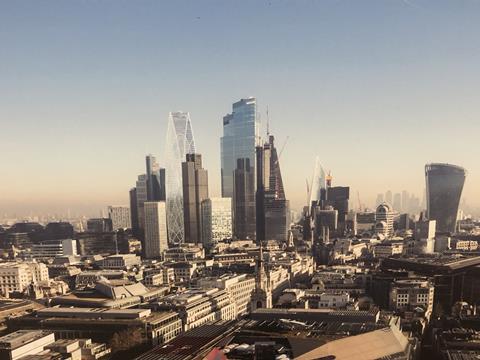 AFK said the latticed design was inpsired by the Fibonacci sequence

Construction work at 55 Bishopsgate is expected to take around five years with contractors Mace, Multiplex and Sir Robert McAlpine among the firms set to run the rule over the job.

The tower will be a stone’s throw away from the 62-storey 22 Bishopsgate, the last tower on the thoroughfare to be completed, which was designed by PLP, with a brace of towers also due to be built off the southern end of Bishopsgate at Gracechurch Street. 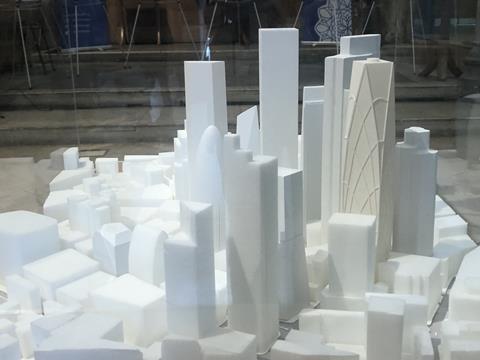 A consultation on the scheme is currently taking place on Bishopsgate

AFK said the design is inspired by the Fibonacci sequence – a mathematical pattern which frequently appears in the natural word – and will see the tower structurally supported by a lattice-like external structure.

According to the public consultation displays, the design “shifts the structural demand to the building’s exterior structure – expressed in its unique ‘criss-cross’ leaf-like appearance”.

The consultation is taking place at St Ethelburga’s Church on Bishopsgate and the Portsoken Community Centre.

AFK’s jobs have included working on Allies and Morrison’s 100 Bishopsgate and Make’s 80 Charlotte Street scheme. The firm is also working on an 80-storey residential tower in Manhattan. 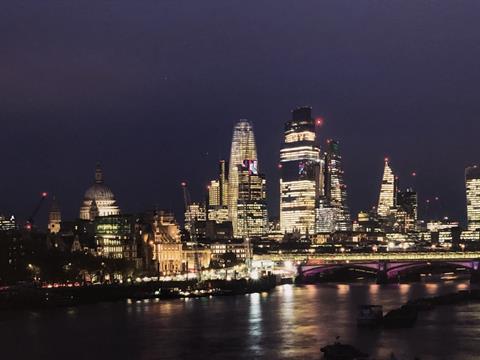 The tower will include a free-to-access sky garden