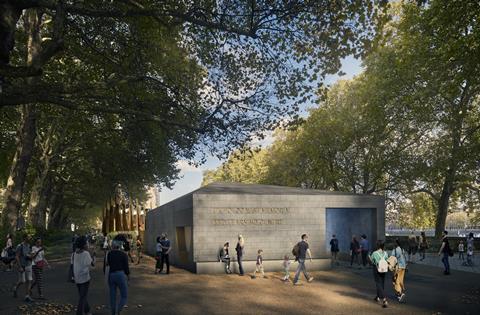 The Holocaust Memorial scheme - as submitted in January after earlier revisions. The team is led by Adjaye Associates which has also designed the subterranean learning centre. The memorial itself is designed by Ron Arad Architects, with landscape design by Gustafson, Porter & Bowman

The backers of David Adjaye’s Holocaust Memorial have submitted a new planning application after being forced into a redesign, it has emerged.

The revisions, the details of which have not yet been released, include the design of the entrance pavilion, the entrance courtyard and the surrounding landscaping. The basement footprint has also been reduced.

The changes follow a round of public consultation into the contested scheme that would be built on a park beside the Thames and next to the Houses of Parliament. Ron Arad and Adjaye Associates won the project after an international design contest, along with landscape practice Gustafson Porter & Bowman.

They submitted a planning application in January for a design that already incorporated comments from a previous round of consultation. 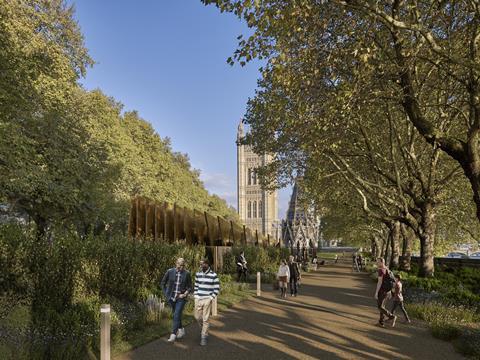 Holocaust Memorial scheme - as submitted in January after earlier revisions

A well-orchestrated campaign against the memorial has been led by architect Barbara Weiss of Save Victoria Tower Gardens.

Bodies including Icomos – Unesco’s International Council on Monuments and Sites – have also objected, saying it would cause “substantial harm” to the green space and to its contribution to the World Heritage Site.

Now a letter from the UK Holocaust Foundation about the revised planning application has been leaked to the press by opponents.

It says: “The revised application follows a comprehensive period of consultation in which hundreds of residents in Westminster, and further afield, have responded both positively and negatively to the application. UKHMF has listened carefully during the consultation, and the revised proposals are a response to some of the comments received in addition to those received from statutory consultees.” 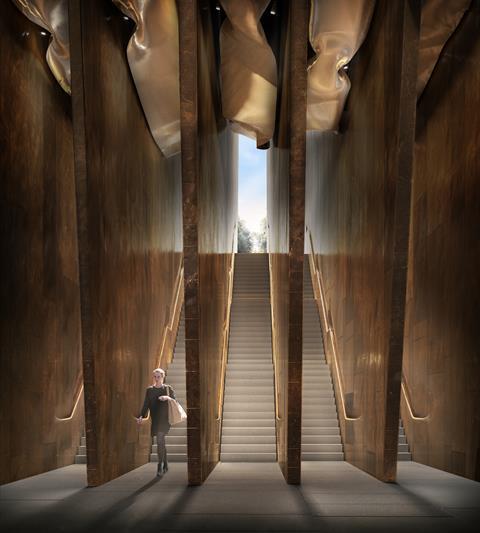 Holocaust Memorial scheme - as submitted in January after earlier revisions

The letter, dated April 25, also reveals WSP is to begin digging a series of geotechnical boreholes up to 45m deep in the gardens from today in order to establish information about the ground conditions, presence of archaeology and further details of tree roots.

“This is a standard practice following a public consultation and the revised plans take on the concerns raised by local residents and statutory consultees.”