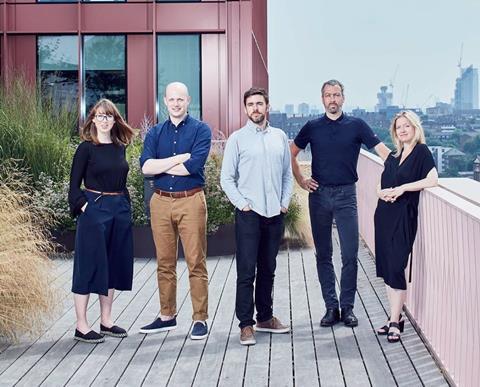 Duggan Morris Architects has rebranded itself as Morris & Company after co-founder Mary Duggan left to start her own practice.

Founding director Joe Morris said his 50-strong practice’s new name reflected its “collegiate” status as a “company of voices, underpinned by a creative and collaborative approach to design”.

“The last year has seen us complete several significant projects as well as secure several major commissions across London and the UK, and we’re excited to be working with some of country’s most innovative and progressive clients across both the private and public sectors,” he said.

The practice’s current projects include a new energy hub and community centre for the Elephant Park regeneration project at Elephant and Castle, in south London; the Featherstone Building project near Old Street, for Derwent London; and an affordable co-living scheme and homeless shelter in London for developer Bedu.

Morris described the split with Duggan as “a mutually amicable agreement to follow separate paths” that allowed each to “capitalise on specific interests”.