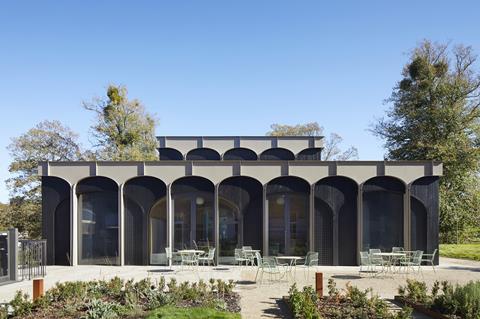 Morris & Company, which was last week crowned Office Architect of the Year at BD’s AYAs, has completed a pavilion-style cross-laminated timber restaurant on a retirement development in Kent.

The 2,100sq ft building, for later-living specialist PegasusLife, is intended to create a social heart for the same developer’s Wildernesse House scheme near Sevenoaks. 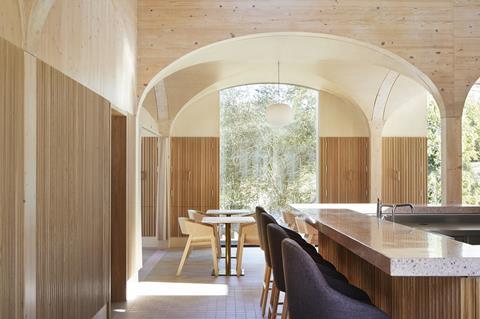 The grade II-listed Wildernesse Estate, which was home to the Royal London Society for Blind People for more than 60 years until 2013, has been restored by Purcell and converted into retirement accommodation.

Next door, on the site of the former stable block, Morris & Company has also designed eight new mews houses. 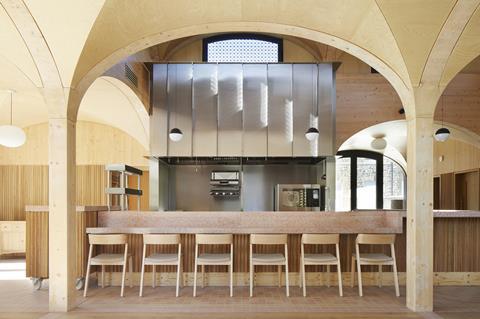 The architect said the restaurant was a modern interpretation of a conservatory which stood in a kitchen garden during the 19th century, while the vaults and arches referred to the windows of Georgian Wildernesse House. 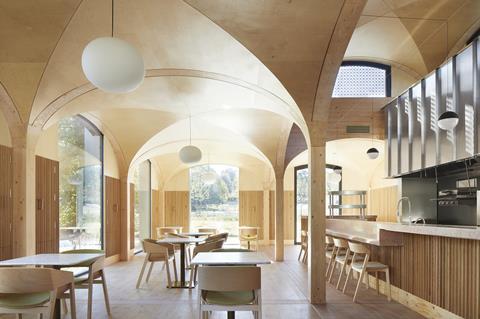 The form is driven by a more functional result of the modularity of the offsite construction, with a rigid 4mx4m grid of vaulted structural bays. This primary grid is taken out to the building skin and wrapped in a stained timber skin which is then further dressed in a delicately perforated metal skin, said the architect. 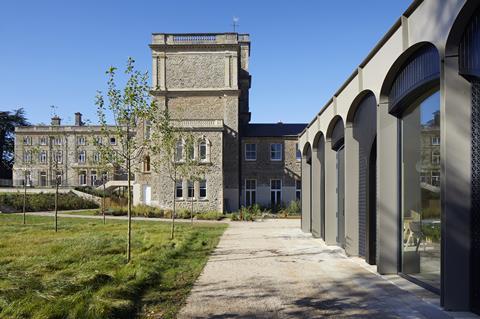 The restaurant is open-plan with dining space for 50 and an open kitchen surrounded by a pink terrazzo-topped bar. The flexible design includes a breakfast area that can become a whisky bar in the evening. 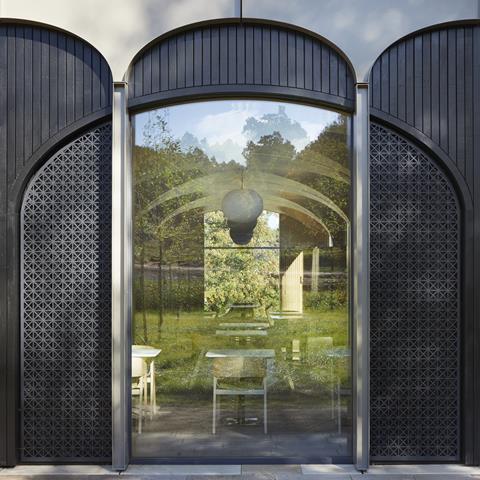 Plywood infill panels create internal vaulting across the entire ceiling, a key element of the design. Ribbed oak timber detailing lines much of the interior, while large glazed windows provide views on to the estate and doors open on to a BBQ area. Wooden shutters open to allow for natural ventilation. 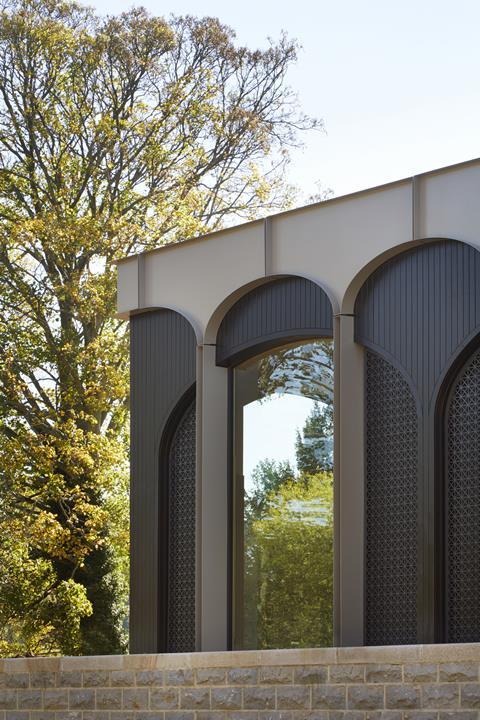