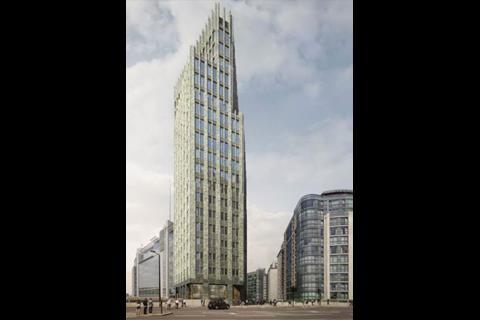 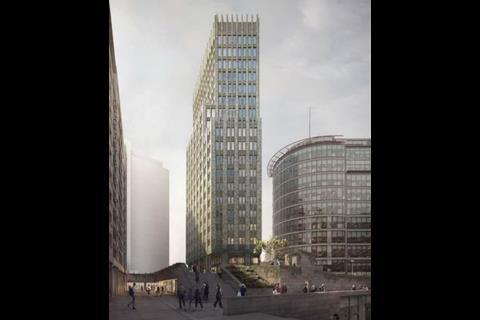 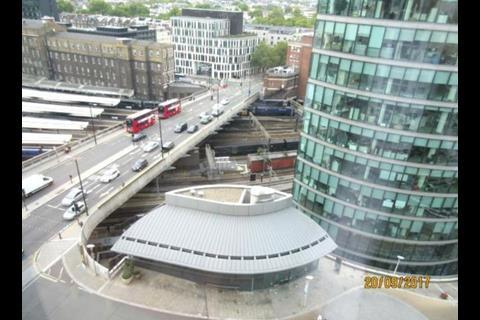 Carmody Groarke’s proposals for a 20-storey hotel in Paddington have been approved by Westminster council.

The 200-room scheme is the latest addition to British Land’s Paddington Central development.

The hotel will replace a two-storey management suite on the Sheldon Square site – part of a former Great Western Railway Goods Depot – and also provide conference facilities, a 17th-storey roof terrace and ground-floor retail. It will also provide three below-ground levels that planning officers said would be a good use of the existing site’s space.

They acknowledged that the plans had generated “considerable objection” from residents of neighbouring flats, citing both the tower’s proposed design and the loss of amenity.

But recommending them for councillors’ approval, officers said that while assessments indicated that daylight and sunlight losses would be “significant”, they would not outweigh the economic and employment benefits of the development, particularly as the site is within the Paddington Opportunity Area where denser development was envisaged.

“The proposed new building will be a prominent introduction into the townscape, but its height and slender form would complement its immediate context and would on the whole have a neutral impact on the wider historic townscape,” they said.

“The materials, modelling and relief of the design will introduce a crafted and visually stimulating new building of high quality.

“The design will also utilise large areas of currently underused space beneath the current management office, thus offering the potential to further animate the public realm and contribute to a thriving mixed-use sustainable neighbourhood and destination.”

The scheme will now be passed to London mayor Sadiq Khan for final approval. 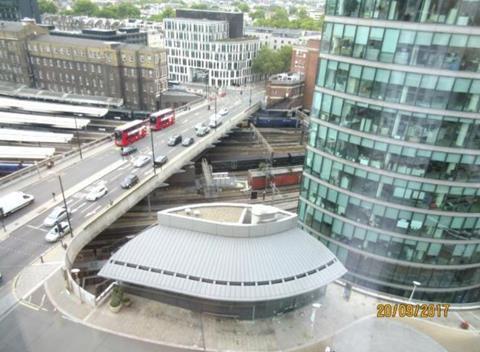