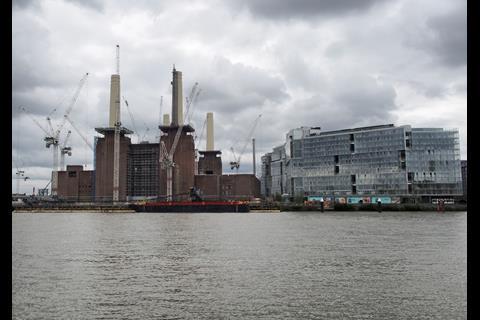 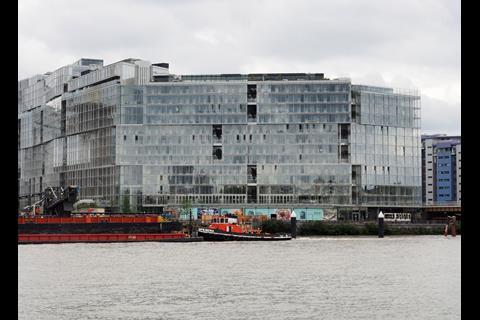 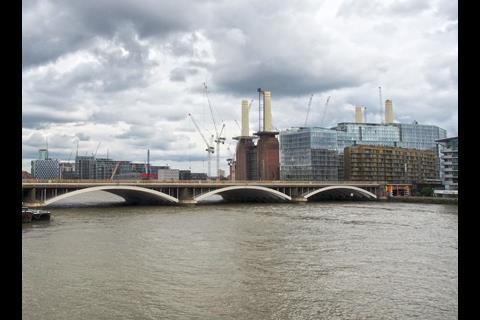 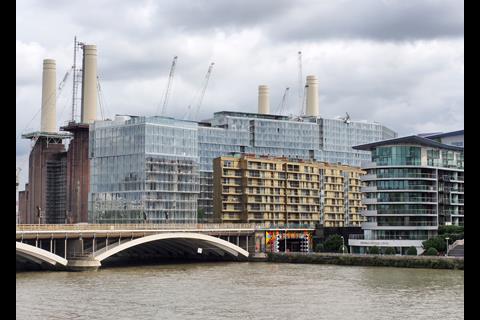 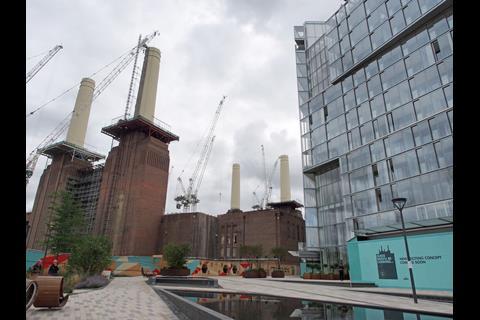 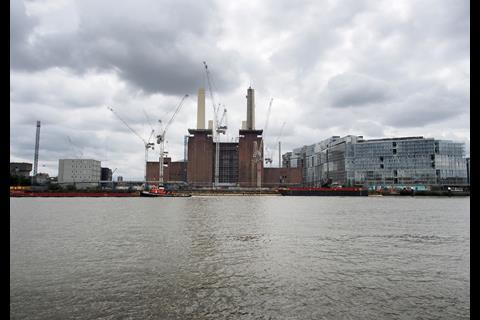 One is a rather nice, modest, gold-copper-clad block of flats designed by dRMM.

Looming above and stretching either side of it, is the other: an enormous pile of ice cubes designed by Simpson Haugh & Partners.

It’s 90,000sq m, 17 storeys high and longer than the Shard laid on its side. And it pulls off the extraordinary feat of making the biggest brick building in the whole of Europe look small.

How Wandsworth council ever allowed it to be built so close to the beloved grade II*-listed power station beggars belief.

Even the architect admits it is “a massive building”. With its cranked plan, it literally wraps its arms around our national treasure like a drunk trying to hug your granny. Or a rugby player in a tutu photobombing a funeral.

Perhaps Wandsworth’s planning committee gave too much credence to the “artist’s impression” CGIs which bear little resemblance to the finished building.

“Finished” is a moot phrase since the façade cleverly manages to look incomplete when viewed face-on. The randomly spaced inset balconies give the impression that some of the glass panes have fallen off or are yet to be fitted, further distracting from the power station.

This is no mistake. The architect’s own website says: “To make the building appear more dynamic and enjoyable to the eye apartments were gathered into rectangular blocks and arranged as articulated horizontal glass ribbons, gently overlaid and rippling towards the river.

“By day, the double-skin glass façade is alive with the reflections of the sun, sky, river, trees and the power station. Its faceted panels, fissures and overhangs create a play of light, shadow, geometry and void that offers constantly changing vignettes from every aspect around the building.

“By night, the subtle layering of the façade dissolves and each unit, each room, each apartment, is defined within the building’s grid as lights switch on and off against the night sky.”

Well thanks, but surely you knew your job was not to compete with the power station but to bow respectfully away from it.

This scale of overdevelopment has been forced on the power station because of some bad deals made by a series of owners needing to recoup massive investments.

Which means we can look forward to Circus West’s throttling effect being completed when its near mirror image, Circus East, is built in a few years’ time.