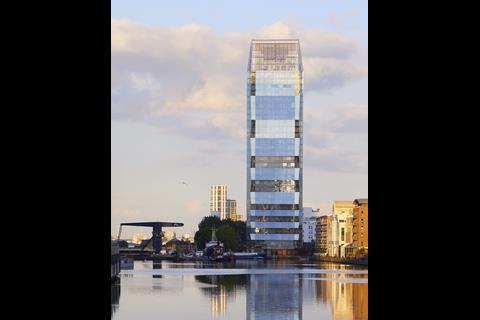 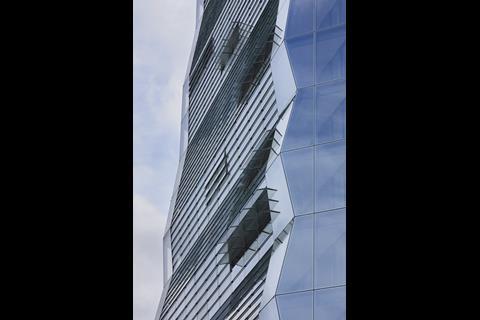 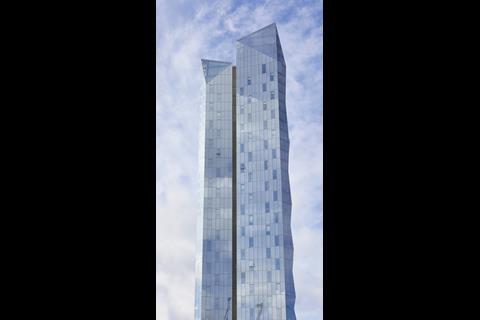 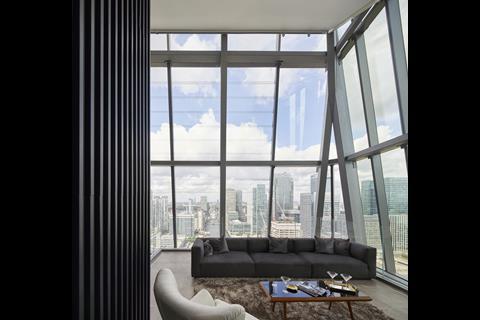 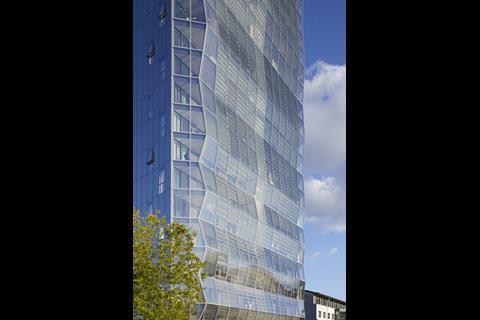 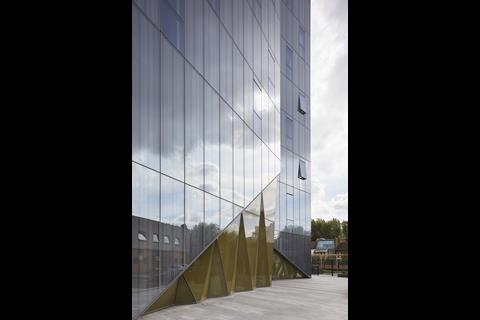 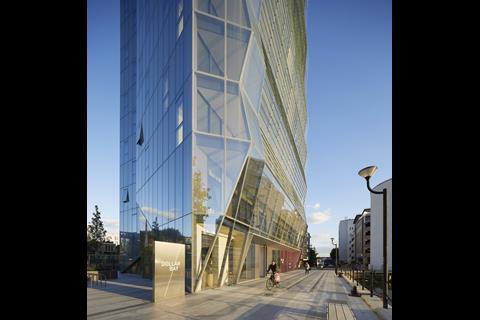 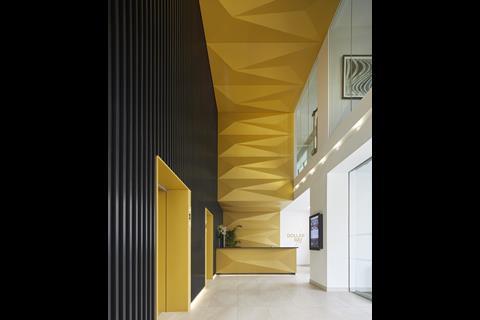 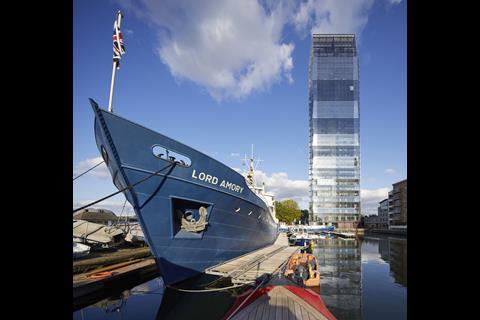 Simpson Haugh has completed a 31-storey block of flats in London’s Docklands for Mount Anvil.

Dollar Bay is one of three major resi projects in London by the architect which are due to complete in London between now and 2018.

Work on Circus West at Battersea Power Station – the first phase of which was shortlisted for this year’s Carbuncle Cup – and One Blackfriars, nicknamed the Boomerang, will finish in 2017 and 2018 respectively.

Christian Male, project architect at Simpson Haugh, said the building’s angular glass façade had “folds and creases” which captured the light differently and were intended to evoke a waterfall gathering pace as they descend.

He said the crystalline form was driven by the building’s internal plan. It is split into two primary structures connected by a central circulation spine, with the larger component facing west and the smaller facing east. The west façade is inclined inwards and outwards, with increased pitch towards the base. The structural form of the tower minimises the floor plate at the base, creating additional space for a landscaped public realm.

Dollar Bay takes its name from World War II, when American naval ships anchored nearby would pay dock workers a dollar to tow them back to their moorings, when the prevailing westerly winds would push the vessels against the dock wall.