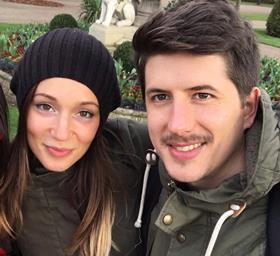 Gloria Trevisan and Marco Gottardi, who are feared to have died in the Grenfell Tower fire

Gloria Trevisan’s death is a tragedy for her family and friends but also for the profession, her boss has told BD.

The 26-year-old Italian, who is thought to have perished with her fiance Marco Gottardi in the Grenfell Tower fire, was a gifted architect who was about to start work at Wren’s grade I-listed Royal Hospital in Chelsea, said Peregrine Bryant.

Ms Trevisan had only started working at his practice, Fulham Palace-based Peregrine Bryant Architecture & Building Conservation, 10 days earlier but had already made her mark.

She had been assigned to work on a significant project at the Royal Hospital, converting a grade I John Soane stable block into offices and other uses.

The day before the blaze she went on a site visit with senior colleague and compatriot Laura Morgante.

“Laura said Gloria was full of good ideas about how we should approach it and was immediately absolutely switched on to it. She did a very nice drawing,” said Mr Bryant. This is published below and also attached as a pdf.

“We hadn’t had long to get to know her but she was very friendly, outgoing and very talented.

“Her portfolio was extremely impressive and she was going to be working on the stable building as a conservation architect, which is where her interest lay. She had a great aptitude for conservation. She was a very fine draughtsman by hand and very competent on the computer.

“I have absolutely no doubt that she would have gone on to have a very successful career. She’s a huge loss to her family and friends and to the profession. We are shattered.”

He said Ms Trevisan had been excited to be living at the top of Grenfell Tower because of the views and, ironically, because it had been recently refurbished.

Ms Trevisan had only been in London a few months after graduating in October with her masters from IUAV University of Venice. She achieved the highest possible marks.

Mr Gottardi, who was working as an architectural assistant at the London office of Anglo-Italian practice CIAO - Creative Ideas & Architecture Office - near St Paul’s, also specialised in conservation architecture. Originally a surveyor, he graduated from the same university last year, according to his portfolio. 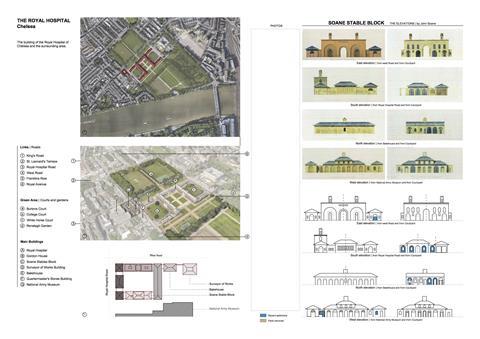 Gloria Trevisan’s final drawing: A study for the Soane stable block at the Royal Hospital, Chelsea, for Peregrine Bryant Architecture