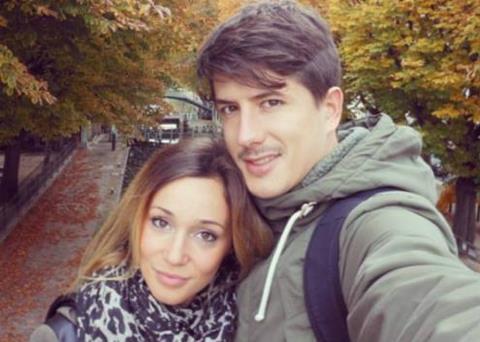 The mother of Gloria Trevisan has described the heartache of visiting the office where the young architecture graduate was working when she died in the Grenfell Tower fire a year ago today.

At a fundraising concert last night Emanuela Disaro thanked her daughter’s employer, conservation architect Peregrine Bryant, for giving her the job that allowed her dreams to come true.

She still has pictures and voice messages from Gloria describing her walk into the office in historic Bishops Palace, Fulham, on her first day in the job. Within days the 26-year-old would be working on a project to convert Soane’s stable block at Wren’s Royal Hospital in Chelsea.

“She was describing the big park surrounding her and we could hear her pure joy,” said Ms Disaro in a short speech read out by a family friend at the end of the concert which was held in memory of Gloria and her boyfriend, Marco Gottardi.

The pair, both graduates of the conservation architecture masters programme at IUAV university in Venice, had moved into the tower and started working for UK practices just a few weeks before the fire. 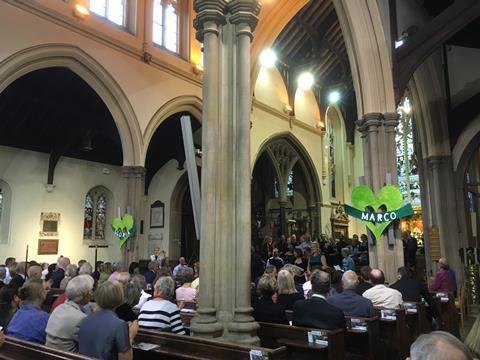 Last night’s concert at All Saints in Fulham was attended by their parents and other relatives, Italian dignitaries, members of the Grenfell community and architects including Spencer de Grey, head of design at Foster & Partners, and Brian Waters, president of the Association of Consultant Architects.

Ms Disaro said it was “a very great emotion” to attend the concert, whose programme of English and Italian music included Purcell’s Dido’s Lament and Vivaldi’s Gloria. The church was decorated with large green hearts bearing the couple’s names made by the Grenfell community.

Gloria’s family came to London for the first time in April and visited Bryant’s office in the Tudor palace, the former home of the bishops of London.

“We saw the desk where she worked. It was very painful to imagine her working there,” said her mother. “We thank Peregrine Bryant from the bottom of our hearts for the job that allowed her to live her childhood dream and for the first time work as an architect.”

She also praised the scholarship set up in the couple’s memory which will allow an architecture graduate from IUAV to come to the UK to work and study for three months in the field of architectural conservation. The first recipient of the Gloria e Marco Award (GeM) is about to be announced after seven applicants were shortlisted earlier this month.

You can make a donation to the GeM Award fund here.