Stop focusing on the problems and come up with ideas, says Vicky Richardson 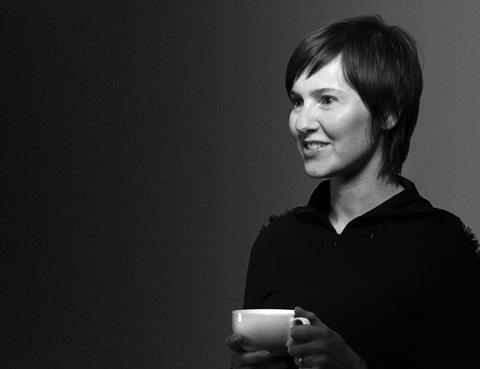 Architects should be reimaging Britain after Brexit rather than worrying about economics, a former British Council architecture chief has said.

Vicky Richardson spoke up for Brexit and chastised architects for focusing on fear and money rather than creativity.

“Why can’t architects talk about principles and ideas rather than investment and clients?” she asked.

“Architecture has existed since classical civilisation. It’s not going away because we lose BMW. We need to have a bit more confidence.

“It’s sad that architects seem to think of themselves as business people these days.”

Speaking in favour of Brexit at an architecture festival event, she said we didn’t need the EU’s bureaucrats and that it would be far more interesting and radical to forge a new culture.

The biggest thing shaping our response to Brexit was fear, argued Richardson, who as director of architecture, design and fashion at the British Council commissioned four British Pavilions at the Venice Biennale.

She said: “I look forward to a new type of internationalism that’s not based on diktat from above but a new European culture based on a culture of solidarity, talking to people and exchanging ideas.”

She revealed that during her time at the British Council she tried to bring fashion designers from Pakistan to the UK and couldn’t “because Europe is a fortress”.

The opposite stance was argued by Emilia Terragni, editorial director of architectural publisher Phaidon, who moved to London from Italy 17 years ago.

“It’s not really about talent. Talent will always find a job and be able to live wherever it wants,” she said.

“The problem for me is shaping talent. To have people who come here when they are really young and don’t know what they want to do but in a place like London they find culture and an invitation to flourish. This will be a problem in five to 15 years and we are not facing it.”

Young Europeans faced with a visa application would just choose to go elsewhere, she predicted.

“Very slowly this way of reacting to diversity and other cultures will become a practice where we just have the same culture and background and way of seeing things and it will impoverish or culture,” she said.