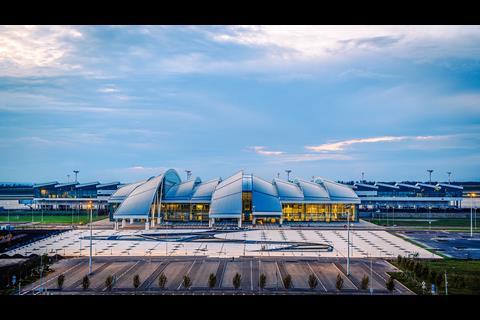 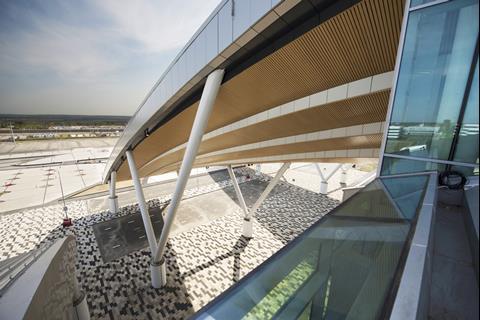 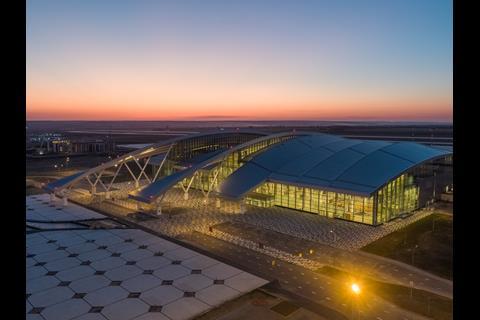 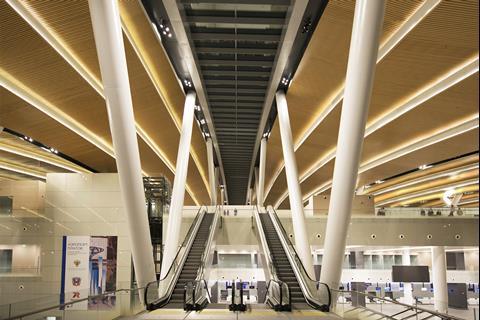 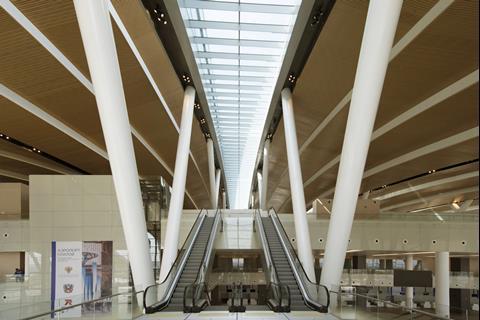 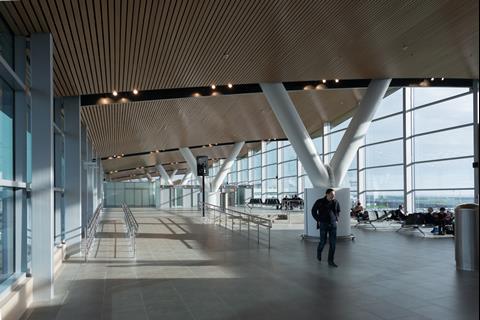 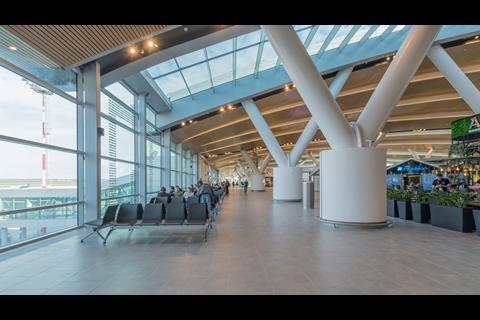 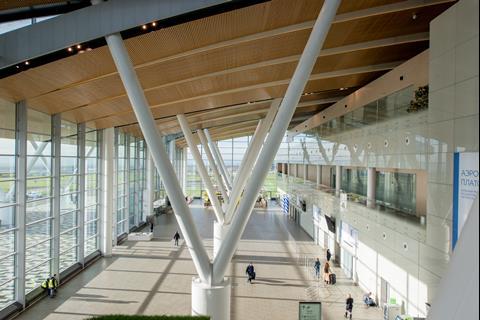 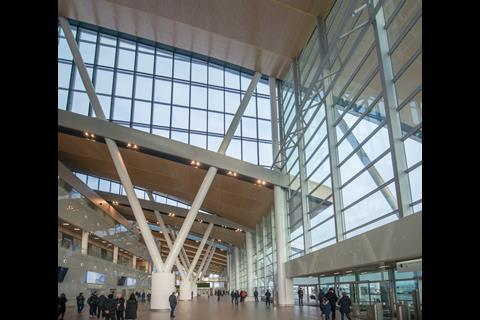 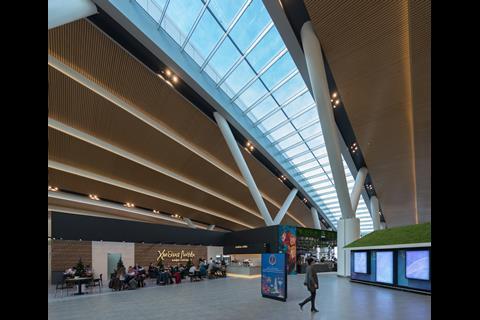 Twelve Architects has completed a £600m airport for the 2018 World Cup in Russia.

Platov Airport, 25 miles north of Rostov-on-Don, is the first new international airport to be built in Russia’s modern era.

It replaces the city’s previous airport which was not suitable for further expansion. As one of the host cities of next year’s football World Cup, Rostov expects to welcome thousands of visitors during the event.

The 50,000sq m new terminal building creates the landmark required by the original competition brief. It is formed from nine 16-metre-wide arches. The building is organised on an orthogonal, repetitive 16x16m grid to easily accommodate future expansion by adding roof elements and replacing lateral walls. 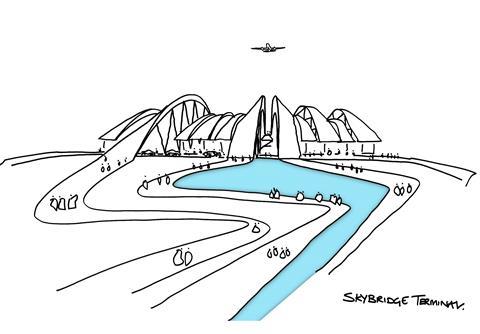 A central eight-metre-wide glazed skylight marks the internal boundary between the international and domestic zones.

To create a warm atmosphere while overcoming the Russian building code ban on timber interior soffits, the practice has developed a bespoke metal panel system to clad the underside of the roof. This is combined with recessed lighting along each arch to delineate the curve.

Twelve co-founder Matt Cartwright, a former RMJM London director, said: “It’s always a thrill to see a building completed and open, the culmination of many years’ work by the whole team. We are delighted with how closely the real Platov Airport resembles our original vision.

“This is a fantastic way to mark the fifth anniversary of Twelve Architects and it’s incredibly pleasing that we are speaking to a number of potential airport clients all over the world, building on this experience.”

As well as the passenger terminal, the first phase of development of the airport includes the construction of a 3,700m runway, multi-storey carparks, a control tower, maintenance, repair and overhaul hangar, office and hotel development and associated infrastructure.

The project was developed by Airports of the Region, part of the Renova Group, which will also act as operator.