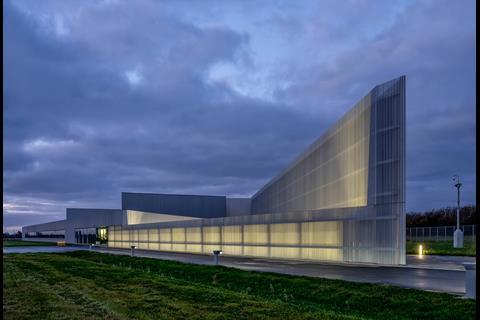 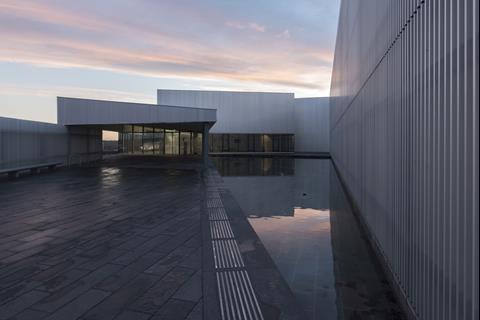 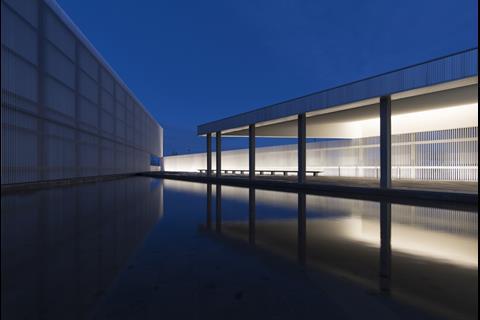 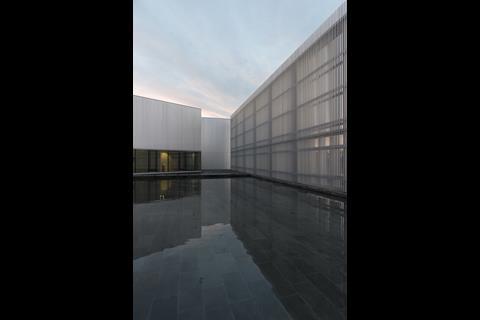 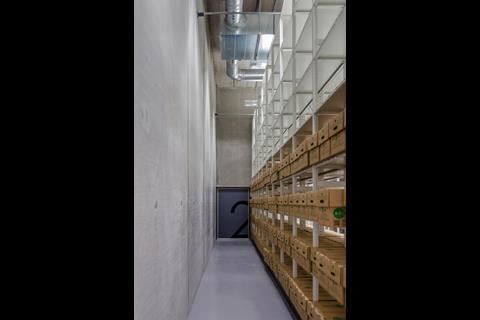 Reiach & Hall Architects has won the 2018 Doolan Prize for its Nucleus project at Wick, built to house the archives of the Nuclear Decommissioning Authority and the historic county of Caithness.

The £20m facility, near Wick Airport, was picked from a shortlist of 12 for the RIAS honour by a judging panel of past RIAS president Gordon Murray, Anna Liu and Denizen Works director Murray Kerr. 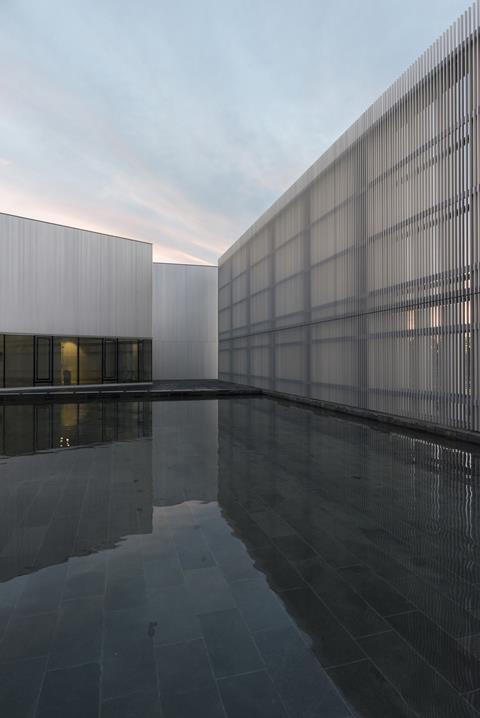 They said Nucleus was an impressive industrial building which contributed hugely to a “rather anonymous”, remote and challenging location in the far north of Scotland, as well as delivering a national archive for the UK’s nuclear power industry and the social history of Caithness.

“The architects have drawn an allegorical tale on the landscape and big skies of the floe country and the magnificent horizontal light on which is founded the disposition of elements of the building - the pools of water and the triangular forms,” they said.

“The building is a physical manifestation of the metaphysical, capturing both the identity and the nature of the space of its location.”

The award was presented in a ceremony at Kengo Kuma’s newly opened V&A Dundee museum.

The winner received a gold medal cast by Scottish goldsmith James Brent Ward and a cheque for £25,000. This makes it the richest architectural prize in the UK.

“This year’s winning project, Nucleus, sho­­ws great inventiveness in enhancing its local area, and is another terrific example of the standard of architectural creativity here in Scotland,” she said.

Nucleus, which opened in February 2017, has already won a RIBA National Award – although it was not shortlisted for this year’s Stirling Prize – and two Scottish Design Awards.

Records from Dounreay Nuclear Power Development Establishment were the first to be transferred to the facility, and were said by the UK government to include almost a third of a million photographs and 200 tonnes of documents. Material from the UK’s 16 other nuclear sites are due to be moved in gradually over the coming years.

“The Caithness area has perhaps endured the greatest diaspora of any area of Scotland since the clearances, and the heritage aspect of Nucleus and its potential to assist in both a cultural and economic regeneration of the region cannot be overlooked. As well as a national archive of the UK’s nuclear power industry, it is also the repository of the social history of Caithness. This building has many stories to tell.

“In an effort to give some depth of context to the rather anonymous site for the building on the edge of an industrial estate, the architects have drawn an allegorical tale on the landscape and big skies of the floe country and the magnificent horizontal light on which is founded the disposition of elements of the building – the pools of water and the triangular forms. However, for this jury, the rootedness of such a building firmly in the social and cultural history was a much more significant allegory. The building is a physical manifestation of the metaphysical, capturing both the identity and the nature of the space of its location.

“At a basic level the building is a sophisticated storage facility ordered along a logical system of servant and served spaces- the archive bunkers. However, it is with the addition of the support facilities and public archive in the triangulated forms, the planes of which shift in the vertical and the horizontal, and in the ‘lochans’ – the pools which signify each progressive level of security in the building, that the building comes alive. The long, triangulated prow creates a unique public space with a grand sense of arrival – this is indeed a public building. The immediate enclosure gives a sense of place where there was no context before.”

The Black Shed, Isle of Skye Mary Arnold-Forster Architect for a private client

The Engine Shed, Stirling HES with Reiach and Hall Architects

McEwan Hall, Edinburgh LDN Architects for The University of Edinburgh