The power of persuasion is a fundamental architectural skill. But it’s just as important to listen, says Joe Morris 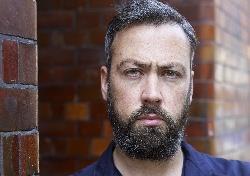 Following the best part of a decade of education and a short stint of professional practice, we emerge as fully fledged architects, let loose on a world with high expectations. Our schooling teaches us many things and increasingly focuses on the academic and creative qualities of our art. There is significant value in this, and our ability to think laterally about varying situations, contexts and programmes is a defining character trait for those of us who are perhaps fortunate enough to articulate these skills in the daily grind of our professional lives.

A major facet of our education is the need to communicate our ideas, and with clarity. In the most part, these ideas are demonstrated through drawing and model. A skill set which is used continuously from school to office.

But there is also the rather subtler, yet increasingly important, art of persuasion which we all rely on daily, and which isn’t necessarily taught but evolves.

We have all been there, I think. The moment when you have pinned your student work to a wall and, with hands trembling, have begun to articulate the ideas and concepts that have been welling up inside you for a semester or so… only to be confronted by a panel of experts in the field. These characters, some of them familiar, many not, are capable of reducing the most stoic and confident student to an emotional mess. And at that moment you realise that architecture, far from being an art of the line or the model, is actually about your powers as a salesperson.

Convincing people that your ideas are good is in every part of the job. The level of subjectivity is also deeply entrenched on both sides of the transaction; punter and salesperson. But unlike the vacuum cleaner salesperson who might be shifting a consignment of Dyson cyclone technology products, the act of selling architectural services and ideas requires a far greater degree of persuasion across a far greater demographic of buyers; read stakeholders.

The RIBA Plan of Work is a good place to contextualise this thought. From site appraisal to concept, outline through detail design, technical development, procurement and the construction phases, the architect is continuously executing his or her sales pitch – often to people who seem determined not to buy.

It might be easier however, save for the regular encounters between salespeople, which is a far greater challenge: Design Review Panels, Quality Review Panels and so forth. This is the moment when the ideologies of two opposing salespeople are pitted against one another, played out in full view of the other buyers as they observe these moments of theatre while deciding whether or not to purchase.

The review process is a highly specific skill as far as the sales pitch and the punter goes. It is one which requires an understanding that a critique of a scheme needs to be objective, without reflection on whether a particular style is good or bad, or somehow sullied by a subjective dislike of a particular detail and colour or the cut of the salesman’s jib. These considerations, however, appear systematically absent in many such daily exchanges.

“Every human creature is constituted to be that profound secret and mystery to every other,” wrote Charles Dickens in 1859 in A Tale of Two Cities. This for me eloquently and succinctly captures this daily dynamic. Residents affected by a nearby development are inherently sceptical or even distrusting of its merits. The “good” developers, those with a little moral backbone, are often trying to do a decent job of meeting the demands of local authorities and resident communities while appeasing their own board of directors. The architect (in the main) is doing his or her best to design a scheme which fulfils multiple but opposing objectives of cost, programme, risk, density and planning, while at the same meeting their own expectations of design standards. The contractor, depending on the selected procurement route, is trying to orchestrate a symphony of players, all of whom have their own entrenched sales chart targets to meet.

You can see, then, why conflict invariably arises in construction. In fact it is a rare project indeed when conflict in some form does not arise. And when this happens the architect’s skills as a salesperson are invaluable. Conflict, by its very nature, is treacherous and damaging. It is a state of mind rendering one incapable of making an objective judgement. Instead it fuels ideological difference and intolerance, causing conflicting parties into a position in which the subject of the conflict might easily be lost among the trading blows of bitterness. Should polar opposition arise, conflict will rarely end well for both sides.

Dialogue and exploration, along with open and collaborative creative thought, should be the adopted method by which problems are solved. Reasoning, listening, understanding and accepting that your views may not be shared in their totality are all important. But so is having strongly held beliefs and ideas. The key to unlocking stalemates where difference exists is choosing the right method of communication.

I talk a great deal about the idea of a collective decision-making process within practice, one which by its very nature requires an ability to set out a position with clarity, but which also makes equal space for others to demonstrate synergy or difference. This is important. A shared or even mediated ideology, rather than one directed by a singular view point, has a far better chance of universal appeal. And this approach needs to expand beyond the core team, outwards holistically beyond client and authorities to touch the widest group of stakeholders. In this way it may be possible to create richer, more meaningful and successful work.

Accordingly, the sales pitch needs to be rigorous, investigative, explorative and iterative. It should be challenging, of course, and push back against accepted notions and preconceptions.

But it should also be a methodology promoting a collective attitude to research and decision-making, to push for progress and evolution. Where the voices of ALL are heard and the decision-making shared for the common good.