Housing that hits the heights of mediocrity 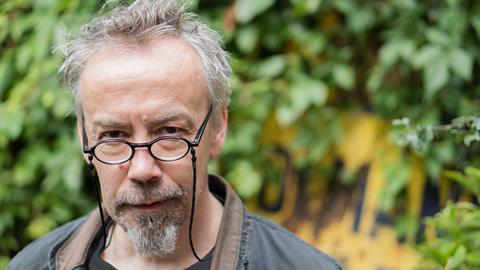 For as long as I can remember we have worried about the design of new homes. Not the homes that win design awards, or feature in the pages of Building Design. It is easy to get distracted by the housing that we see and to forget that we know next to nothing about most new housing being built up and down the country.

So, on the basis that you shouldn’t criticise something before gathering the evidence, Cabe published a National Housing Audit in 2006 looking at schemes built in the previous five years. The report grabbed headlines because, as the then Cabe director later recalled, “the quality of new housing was shocking”. Less than one in five schemes were rated “good” or “very good” and 29% were so bad that under government guidance they should have been refused planning permission.

In the years of recession since, the emphasis has been on the number of homes built rather that the quality of design. However with the imminent publication of the Building Better Building Beautiful Commission’s report the focus is turning back to quality. It therefore seems like a good time to rerun the audit and see how we are doing. Hence the publication today of the National Housing Audit.

Undertaken by the same team at UCL and using the same methodology as the original audit, this has assessed 142 schemes across England. The schemes were selected randomly from those built between April 2014 and April 2019, adjusted to ensure a variety of housebuilders and a balance of greenfield / brownfield, urban / suburban sites and so on. Assessments and site visits were undertaken by teams from Arup, JTP, Spawforths and my own practice Urbed who were trained at UCL to ensure consistency.

The main finding is that almost three quarters of the new housing was mediocre or worse. The headline writers have been right to point out that this is hardly a ringing endorsement of our national housing output. There was some debate about the “mediocre” category (that had previously been called “average”). But having been on the steering group I can tell you that the schemes scored in this category are just that. They do what they need to do without any design flair or understanding of placemaking. The problems as always lie with highways, bins, parking, connectivity and car-dependency.

But the news isn’t all bad. Thirty seven of the schemes (26% compared to 18% in 2006) were rated as “good” or “very good” and, while there was a concentration in London, there were good schemes all over the country (showing that it is possible). The number of schemes rated as “poor” or “very poor” (which should therefore have been refused planning) was down from 29% to 20%.

The report doesn’t single out particular developers for criticism but points out that many are inconsistent, producing both very good and poor schemes across their portfolio especially where they operate with a strong level of regional autonomy.

With a few exceptions the poorer schemes are in the less affluent communities with the lowest values. Using Zoopla data the researchers show that the better-scoring schemes achieved substantially higher sales values across the country. They concede, however, that this is partly because these schemes are in higher-value areas, where it is easier to invest in design, rather than purely the result of design.

So should we be encouraged or not? The last 10 years have seen a major recession and the dismantling of national and local support for design quality so we might have expected things to have got a lot worse. Nevertheless mediocrity is hardly something to celebrate.

The report encourages local authorities to engage more proactively with design codes and design review and urges developers to invest in internal design infrastructure. But the fact remains that we have a system in which good housing design is the exception – something that happens when one of the players, a developer, designer or planner does something exceptional.

As I have written before, in other systems good design is the norm, produced routinely by unexceptional developers architects and planners. It’s all very well to celebrate the best schemes but we also need to create a system in which good, rather than mediocre, housing is the default.