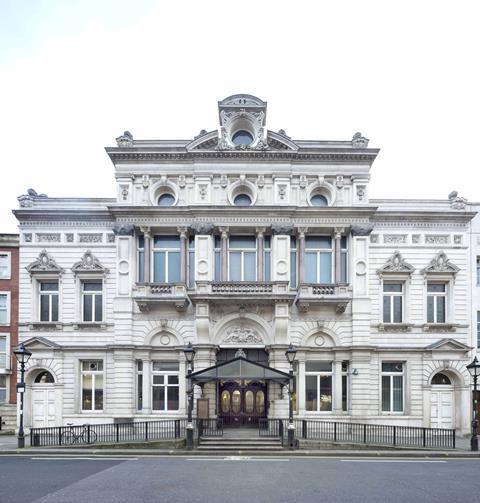 Fulham Town Hall - Fulham Road  grade II* elevation designed by George Edward and dating from 1888. A 1930s extension is immediately to the right. Chelsea FC’s ground is a few hundred yards away to the left.

One of this year’s Young Architect of the Year Award finalists has won consent to convert a listed west London town hall into a hotel and co-working space after previous plans by Tony Fretton Architects were thrown out. 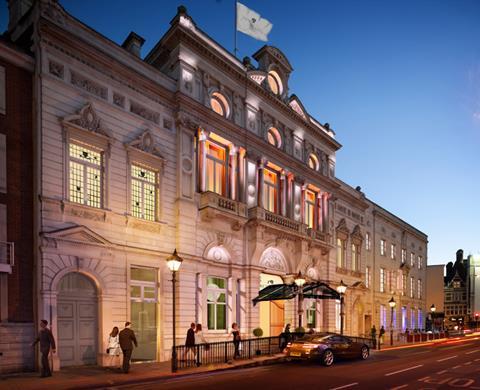 The building, opposite Fulham Broadway Tube station, has a chequered recent history after a previous conversion attempt ended up in court.

In 2011 the council - which has another town hall in Hammersmith that is currently the subject of a redevelopment by Rogers Stirk Harbour & Partners - put the complex on the market. As well as a grade II*-listed main building dating from 1888 which has events halls and a council chamber retaining many of their original features, there are two sizable extensions dating from 1904 and 1934, designed by Francis Wood and Walter Cave respectively.

Twelve bids were received and American retail and leisure group Dory Ventures was chosen as preferred purchaser and a contract was exchanged in 2013 subject to its proposals, drawn up by Tony Fretton with heritage advice from Donald Insall, gaining planning. 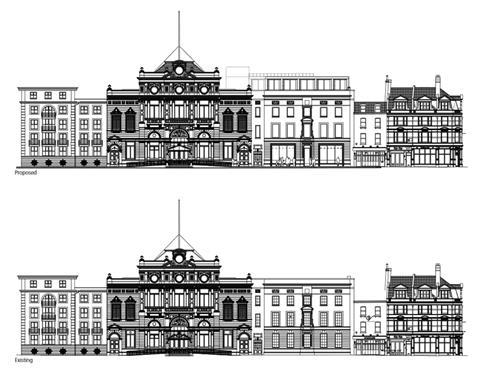 But Fretton’s scheme, which included flats and retail including a showroom for a pushchair manufacturer, were rejected in 2015. A planning inspector confirmed this decision in 2016 and a judicial review in 2017 also found in favour of the planners. 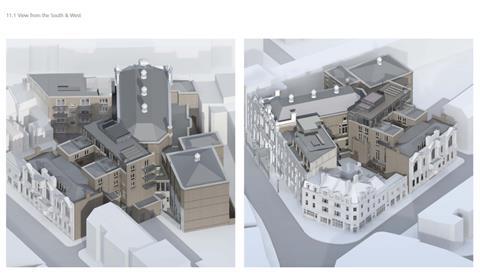 The town hall then languished empty until last year when it was acquired by property firm Ziser.

Ziser appointed Droo – which was co-founded by Michel da Costa Gonçalves – to design a hotel, event and co-working proposals and it is this that has now received planning consent.

Droo is working with associate architect Name. Both practices are spin-offs from the now-disbanded Rare Architecture, where Gonçalves was previously a director and whose projects include a revamp of Bethnal Green Town Hall in east London. 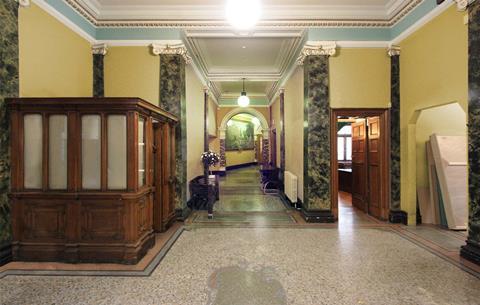 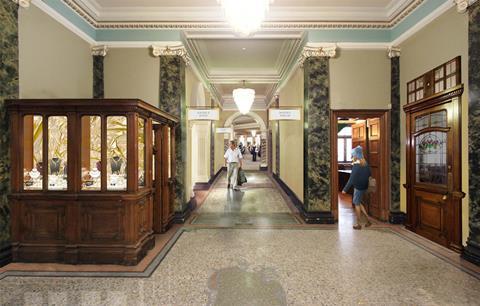 Rare was the architect of a rival hotel proposal which was shortlisted alongside, but lost out to, the Dory and Fretton emporium scheme in 2015.

Gonçalves was then also brought in by Hammersmith & Fulham council ahead of the judicial review to examine the suitability of converting the town hall into a hospitality venue by developing an illustrative hotel scheme.

Work on Droo’s project for Ziser, which will involve adding two extra storeys to some of the buildings, is due to finish by the middle of next year. 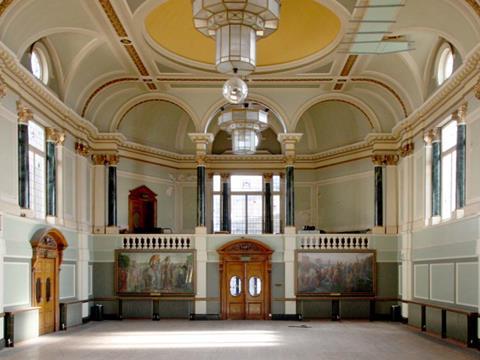 The grand hall at Fulham Town Hall in Fulham Broadway