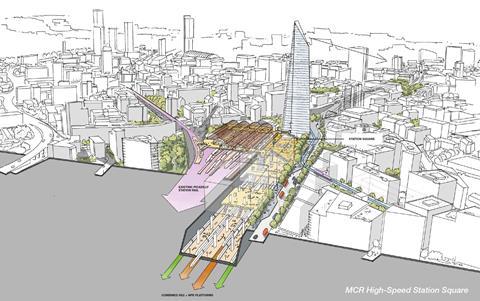 Weston Williamson & Partners has drawn up a scheme showing how calls by Manchester’s leaders for an underground HS2 station could be implemented.

The architect also demonstrated how to turn the planned terminus into a through station to allow for future high speed train services to run on between Liverpool and Leeds via both Manchester Airport and Manchester Piccadilly. The Leeds leg of HS2 was killed off by ministers in November.

It comes as a bill was laid before Parliament yesterday to extend HS2 from Birmingham to Manchester. The government is seeking powers to lay new track and build new stations along the route known as phase 2b.

Manchester City Council leader Bev Craig and Greater Manchester mayor Andy Burnham have both urged the government to reconsider the case for burying the H2S station rather than bringing trains in over viaducts which they argue would blight whole swathes of the city.

Now Weston Williamson has released proposals showing how it says this could be done by combining HS2 and Northern Powerhouse Rail’s existing stations to create a hub that would sit beneath a new square at Manchester Piccadilly.

Under the plans Station Square would provide a pedestrianised forecourt to the expanded station hub and be the focus for new urban regeneration proposed around Store Street, Chapeltown Street and the Ashton Canal.

Weston Williamson, working with Expedition Engineering, was responding to the National Infrastructure Commission’s call for evidence relating to rail needs for the Midlands and the North. 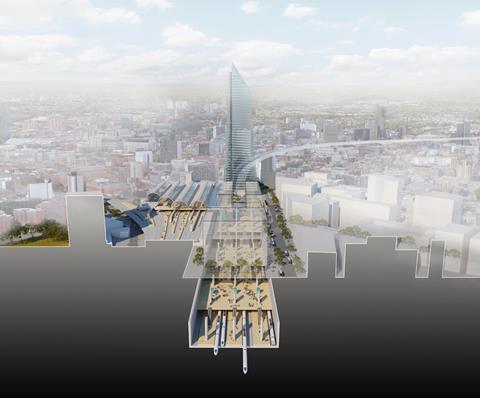 Aerial view of how the underground Manchester HS2 station could look

Craig and Burnham have voiced concerns about the current proposals which would see a new overground station at Piccadilly. Criticism of the plans have included that it would take up too much prime land.

Naybour said: “HS2 will be transformational for Manchester, and yet the current plans for HS2 would turn Piccadilly into a dead end, destroy much of the city and put a stop to any hopes for onward high-speed connections to Leeds.

“Manchester City Council are absolutely right to call for a re-think for Piccadilly. Our message is clear: that re-think need not take long as our proposals demonstrate how an underground hub is not only deliverable but hugely beneficial.” 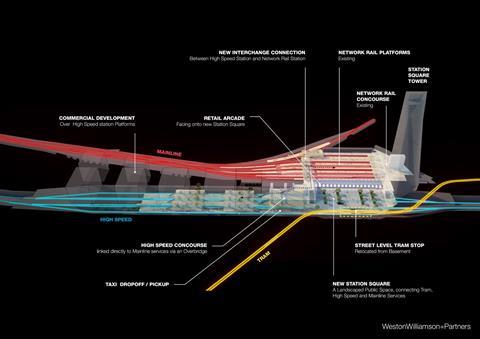 Infrastructure specialist Weston Williamson, which has recently completed two stations for Crossrail in London and oversaw the redevelopment of the capital’s Waterloo station, said the new station should be a through station rather than the proposed terminus.