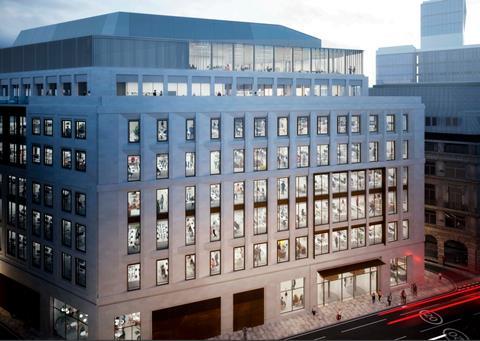 Weston Williamson & Partners has been given the green light for a roof extension of a Wilkinson Eyre-designed City block above the new entrance to Bank tube station.

The scheme, designed for Transport for London, will add an additional commercial floor and roof terrace to the already consented scheme at 10 King William Street in the Square Mile.

It means the Portland stone-faced block, which is located between Bank and Monument stations, will now be eight storeys in height with a basement level and provide a total floorspace 142,000sq ft.

TfL head of property Scott Anderson said the extension will be used to generate further long-term revenue for the cash-strapped transport body, and enhance the area’s biodiversity.

It comes four days after the government’s decision to finally offer a long-term funding settlement to TfL, which has been surviving on a series of short-term emergency deals since getting into financial trouble during a drop in passenger numbers during the pandemic. 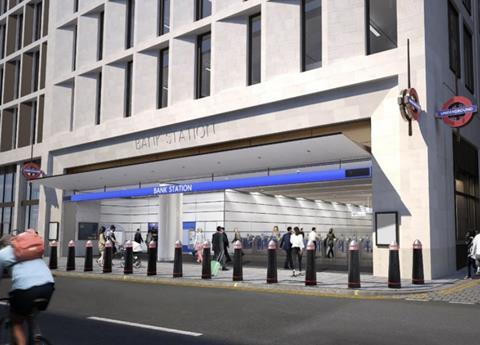 The approval for the extension of 10 King William Street follows the opening of the first phase of a £700m upgrade of Bank station in May, consisting of a new Wilkinson Eyre-designed Northern Line platform.

A new entrance on Cannon Street, beneath 10 William Street, is due to open later this year along with further circulation improvements at the station. 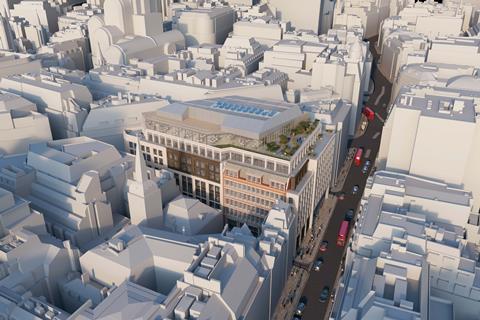 Aerial view of how the extended block will look when built